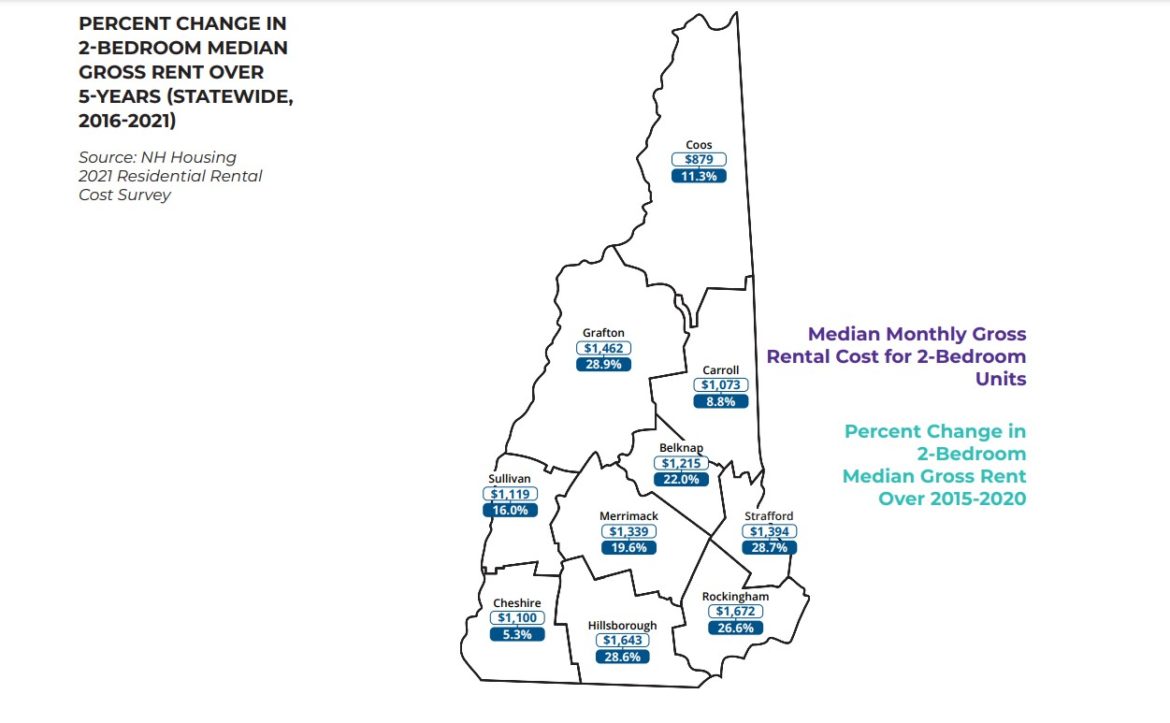 CONCORD – The housing market in New Hampshire is going from bad to worse, particularly for potential homebuyers as rising interest rates, escalating construction costs, and a lack of available stock, statewide are causing “turmoil,” according to a report issued Monday.

But there may be some hope on the horizon, although perhaps a distant horizon, said Rob Dapice, executive director/CEO of New Hampshire Housing.

He said Gov. Chris Sununu’s $100 million plan to incentivize lower to moderate housing construction and creative solutions being made regionally could allow for improvement in the next 18 months, about the amount of time it takes for construction to take place.

“I think things will improve,” Dapice said in an interview with InDepthNH.org, Monday.
“But it could take some time,” he noted.

The factors are national and local with New Hampshire far from the only state struggling with affordable housing issues.

The latest New Hampshire Housing report shows a continued and increased level of difficulty for those who are trying to find an affordable place to rent or buy in the Granite State.

The 20-page report is here: https://www.nhhfa.org/wp-content/uploads/2022/06/NH-Housing-Market-Report-06-2022.pdf
It shows that while unemployment is low, costs are up considerably with the average mortgage interest rate at 5.5 percent adding to the monthly cost.

The mortgage interest rates have been rising the past eight months and considerably so in only the past four months as the Federal Reserve increased its benchmark interest rate by a half a percentage point on May 4, the largest hike since 2000 due in part to inflation which – at 8.6 percent – is at a 40-year high.

Building permits for both multi-family and single-family homes are down as the cost of building materials has jumped 35 percent since before the pandemic.

Inflation on everything from gas prices to groceries is also impacting the housing market.
For renters, the situation is no better with the vacancy rate at or below 1 percent statewide and the cost of rent has increased, on average 22 percent in five years.

Dapice said his agency is working with regional CAP programs to distribute rental assistance. It was offering it to about 15,000 earlier this year but now there are 18,000 families getting help.

Dapice said the problem with a lack of available, affordable housing is particularly the case on the Seacoast and in Rockingham County though it is a statewide concern.

Recognizing that the lack of affordable housing particularly is holding back New Hampshire’s economic health, Sununu announced an initiative this year to invest $100 million in one-time federal funds to incentivize the development of more housing and in May, the executive council approved his request for the InvestNH Housing Fund.

The program is being developed now which will allow developers, local governments, and non-profit organizations to start building more housing.
Details of the outline of the program can be found here https://www.governor.nh.gov/sites/g/files/ehbemt336/files/documents/20220420-invest-nh-summary.pdf

Dapice said that the program stands to make a significant difference and many are interested in applying for program funds once the program begins taking applications.
Taylor Caswell, who is heading up the program, told executive councilors last month that he expects to have an executive director hired for InvestNH this summer and hopes to get that rolling as soon as possible.

It comes at a time when it appears New Hampshire residents are recognizing the need for more housing.

Dapice said NH Housing Finance Authority puts out a report like this about twice a year and since the last one “affordability has definitely gotten worse.”