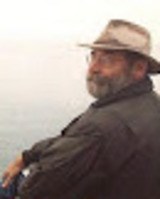 Dover, NH — Rod Paul, a legendary Granite State political reporter, died on April 23 in Dover of complications of diabetes. He was 83.

A caustic wit and brilliant raconteur, Rod thrived at the intersection of journalism and politics, almost single-handedly making the Concord Monitor a counterforce to the right-wing Manchester Union Leader as a journal of political coverage in New Hampshire. Among many other exclusives, he exposed the close connections between Union Leader Publisher William Loeb and then-Gov, Meldrim Thomson by using telephone records to detail calls between the two men on the eve of important state policy decisions. He also exposed Thomson’s attempt to mine federal criminal investigative records for information about his political adversaries.

As chief political writer and Statehouse reporter for the Monitor, Rod became a pipeline for conveying New Hampshire news to national media. He contributed stories to The New York Times, the Washington Post, Time Magazine, Newsweek and other national publications. Reporters from the Times, the Post, CBS News and other media paid him court, making use of his vast knowledge and extensive contacts as they covered the state’s quadrennial presidential primary.

Rod left the Monitor in 1978 and joined the staff of the New Hampshire Times, a muckraking alternative weekly newspaper, where he continued covering state politics while expanding his range to include business news and feature stories. During his years at the Times, he took a particular interest in the subterranean gambling business in New Hampshire, particularly the remarkable sums wagered in casino-style games sponsored by churches and nonprofit organizations.

As a journalist, Rod showed a healthy disrespect for authority. He was beloved by colleagues, though not always by editors. He was a generous mentor to younger reporters. He cut a portly Hitchcock-ian figure with his balding pate, mustache and wire-rimmed glasses, an exuberant newsroom presence — his pranks and exploits the stuff of legends within the world of New Hampshire journalism. He was fond of saying that in the era of typewriters and carbon copies, the friendships he developed with the Statehouse cleaning staff gave him access to a treasure trove of news in Gov. Thomson’s office trash.

Rod left the New Hampshire Times in 1984, turned to freelance journalism and became a familiar face on New Hampshire Public Television and WMUR-TV.

Born to an old-line Philadelphia family with roots in the Elizabeth Islands, Rod was the son of Adeline and Arthur Paul, a stocking manufacturer who became an economic advisor to the Royal Government of Afghanistan in the early 1960s. [1960-1965]. He overcame dyslexia in youth, and often said his switch from the gradeless liberalism of the Putney School to the regimentation of the US Marine Corps felt like “mother’s milk.” After another Marine Corps stint and attending Columbia University, he spent time in Afghanistan and the Far East, then found his calling as a journalist.

Rod started reporting for the New Orleans Times-Picayune in a period when witnesses to barroom murders called reporters before alerting the cops. Ever enterprising, he once confirmed a fellow-reporter’s death by climbing a drain pipe to a balcony to discover his body.

In 1967, Rod married New Orleans television host and musician Justine Clare Du Montier Bernard, and the couple had two children. After working for UPI, the Concord Monitor and other publications, Rod embraced the digital revolution with his idiosyncratic web news digest, The Web Bohemian. But his journalistic opportunities shrank with the decline of the news business. With Portsmouth writer-reporter Clare Kittredge, he raised their Moldova-born adopted daughter and covered the 50th anniversary of D-Day in Normandy, where “ecolo” friends recognized him for his deep “connaissances.”

Rod delighted in life in all its ambiguities and paradoxes. He admired crafty Louisiana politician Earl Long and writers A.J. Liebling and S.J. Perelman. He loved the comic films of Jacques Tati. He liked to say that he looked like Sean Connery and danced like Fred Astaire, was “considered mildly witty and eccentric and only occasionally duplicitous.”

He had a peculiar fascination for con artists and a pathological aversion for going to the dentist. Even to his family and closest friends, his mysterious periodic lifelong disappearances remain an enigma.