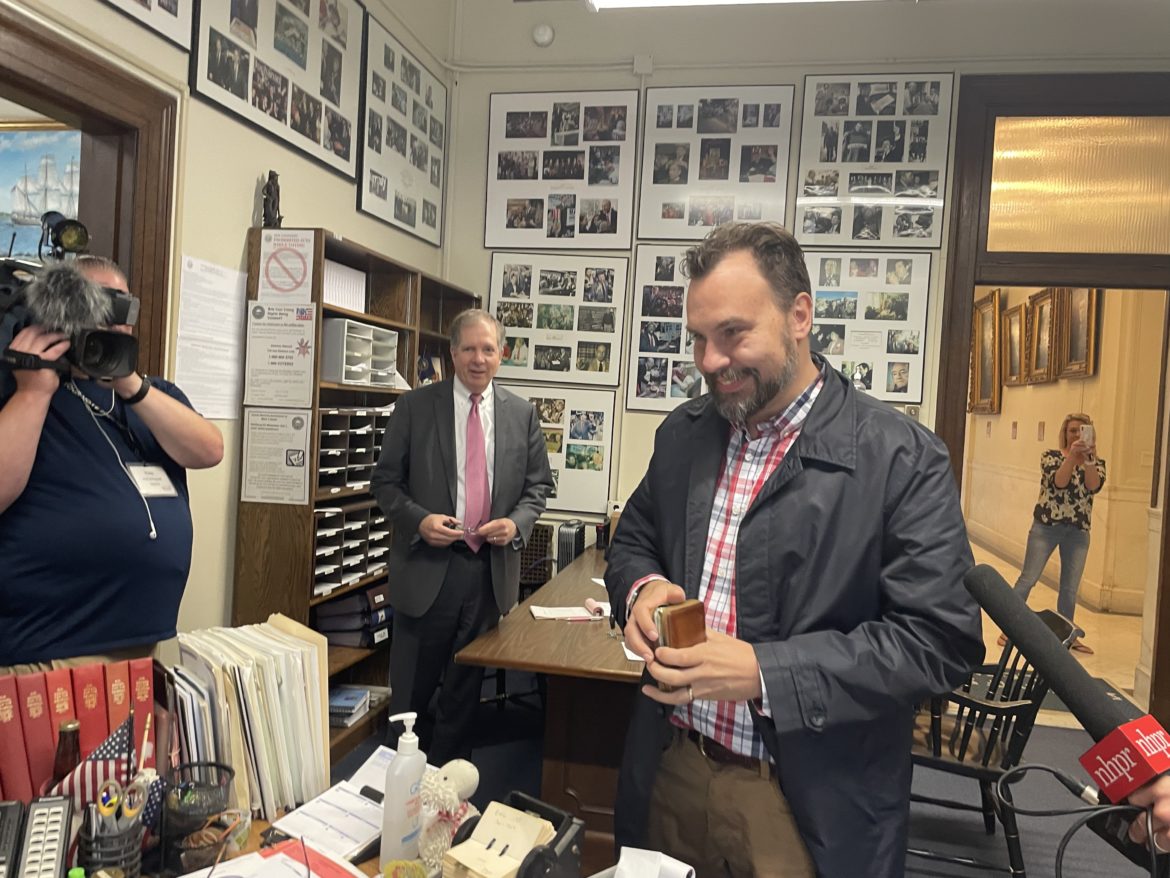 Bitcoin activist Bruce Fenton is pictured Wednesday filing to run for the U.S. Senate with Secretary of State to his left.

CONCORD – It was a busy day at the Secretary of State’s office in Concord as candidates up and down the ballot filed in to register to run for office.

Wednesday was the first day to file.
By noon, at least 50 candidates had registered, staff members said.

Bruce Fenton of Durham, a bitcoin activist and investor, who is running in the Republican primary for the U.S. Senate in District 2 asked if he could pay the filing fee in bitcoin. He was told no.

“I’m running to fight evil and tyranny and for freedom, peace, the Constitution and sound economics,” Fenton said on Twitter.

“The future of Granite Staters’ reproductive rights and access to abortion are at stake in this election, which is why we must re-elect Senator Maggie Hassan in November,” Whitley said.

Lily Tang Williams signed up to run for District 2 Congress as a Republican.

According to her bio, Tang Williams was a law school assistant professor at Fudan University, Shanghai, China who became an American entrepreneur and an educator. She is the chair of New Hampshire Asian American Coalition and was elected Supervisor of the Checklist in Weare. She has been married to John Williams for 31 years and they have three adult children.

All 400 seats in the House of Representatives are up for grabs as are 24 seats in the Senate, five on the Executive Council, the governor’s office, two U.S. Congressional seats, and one U.S. Senate seat, now held by Maggie Hassan.

Details on how to file are here https://www.sos.nh.gov/
The deadline for filing is June 10.

Fees for filing depend on the seat being sought.