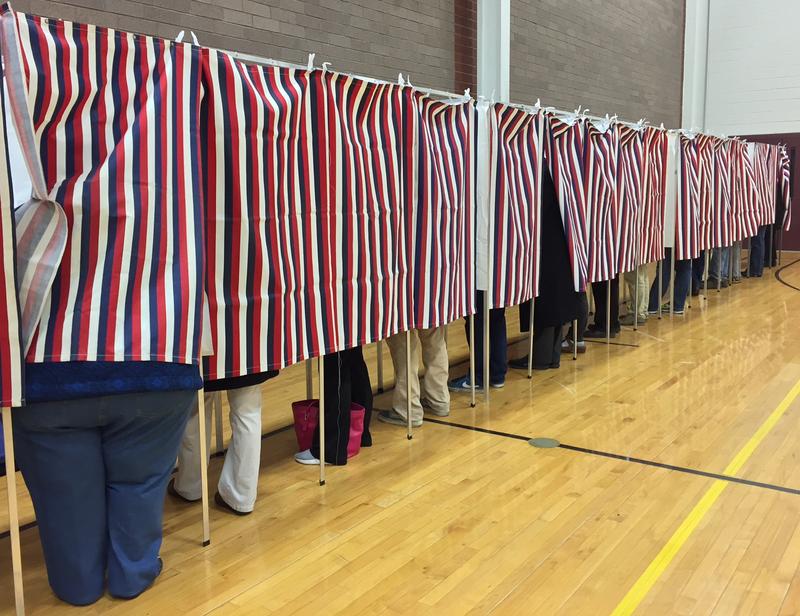 Elections Legal Counsel for the New Hampshire Secretary of State Orville “Bud” Fitch told members that the state has 309 precincts and that checklists are constantly changing, and that a lot of information voters need can be easily accessed online.

Meeting at the archives and records management office on South Fruit Street in Concord, and carried via Zoom, the members of the newly formed committee got a chance to ask Fitch questions and begin the work they have, which will also include lots of input from the public.

Upcoming listening sessions for the committee meetings will be in Derry, Portsmouth, and Laconia.

The first will be May 24 at the Derry Town Hall third floor meeting room at 1 p.m.
Then, the next is set for June 7 within the City of Portsmouth at a location to be determined.

Another will be held July 12 at Laconia Public Library at 1 p.m.

Richard Swett, who with Bradford E. Cook, co-chairs the committee said substantive portions of meetings will also include speakers, such as Fitch.

Examples include presentations on voting machines, and talking with pollsters, and experts on voting.

The state’s new Secretary of State, David Scanlan, decided to set up the committee on voter confidence to help find out what the concerns of voters are and to help inform them of the process.

They held an organizational meeting that was not available online but going forward, people can view the meetings remotely.
More information can be found on the Secretary of State’s website at: https://www.sos.nh.gov/elections/information/notices/commission-voter-confidence
Fitch, who was formerly the deputy attorney general for the state, said elections are decentralized in New Hampshire. There are 309 polling locations.
Town and city clerks play a vital role, in year-round information collection, Fitch said.
They provide information to supervisors who decide on the checklist.
Selectmen are charged with deciding the location of the polling place and accessibility and the law requires a representative to be present to assist the moderator during the election.

All elections are free and all should have an equal right to vote and ease to voting, Fitch said.

Each person shall be considered an “inhabitant” of the precinct and the meaning of “domicile” has been evolving from the legislature from time to time, as are the rules on absentee voting.

Who gets to use that means to vote is defined by the legislature with the concept that these are the exceptions and that voting is to be done in person as much as is possible.

In the case of COVID-19, exceptions were made.
Voters can look up a host of information at the website https://www.sos.nh.gov/. Voters can go there and verify if they are registered and with what party they are affiliated.
May 31 is the deadline to change affiliation, impacting prospective candidates. June 1 is too late.

“If I were contemplating filing for office I would verify,” information on the website, Fitch said.

Hours for polling places can be found there for each voting precinct and they can obtain contact information for their clerk there, Fitch said.

Once the absentee ballot process has begun, a voter can check on the website to see whether the application has been received whether the clerk has sent information out, and returned the ballot, Fitch said.
If it was rejected and why, such as not signed, is also on the website.
Voting registration and polling places must be easily accessible, Fitch said.

Rules include how many pounds of pressure is required to open a door, for example.
There are options to get assistance at the polls and disabilities of all types are addressed by law.

ELECTION PROCEDURES
Every two years, Fitch said, new information is distributed to local election officials on what the legislature and the courts have changed since the last election.
There are sections on accessibility and challenges to voters and the law referenced, for example, if you see on the checklist the name of someone who a voter believes no longer lives there.

There is a section on electioneering, meaning individuals who are advocating at the polls.
Questions on what happens if there is no electricity at a polling place or an emergency that requires relocation are also in the packet and meant for local polling officials to decide in advance what to do.

Fitch said there is also a section on a system of marking the ballots.
At the end of voting, there should be a counting of how many ballots were cast and it should equal the number marked on the checklist.
Counting involves also the absentee ballots, Fitch said, and those are hand-counted.
Clerks also count the ballots they have before the election.

Usually, in addition to announcing the results, State Troopers pick up the results and deliver them to Concord by the next day. Those results are in turn, posted by the Secretary of State for all precincts.

Anyone can apply to the registrar to correct the checklist and the supervisor needs to evaluate that information and give that person a letter to respond within 30 days.
In-state and out-of-state information is always being transferred, Fitch said.

Death records need to be exactly matched to remove a person’s name from the checklist.
Motor vehicle registration information and inventory of property transfer is also a clue to evaluate and when evidence warrants, a 30-day letter be sent.

Every 10 years, those who have not voted in the prior four years have to re-register, or are essentially dropped from the checklist.

Voters can still vote and register at the polls on election day if they are removed from the checklist.

CONCERN FOR MAKEUP OF COMMITTEE
At the beginning of the meeting, Scanlan said there had been some criticism about his makeup of the committee and he noted there were demonstrators outside.

Of particular concern was the selection of Eyring of Windham, a Constitutional conservative https://www.nhpr.org/nh-news/2022-05-03/ken-eyring-voting-nh-conspiracies-china-elections
Scanlan said the selection of the committee was purposeful and “it is a very diverse group” and he defended his selections.
“Listening is just as important as speaking and this panel is going to do that,” Scanlan said.