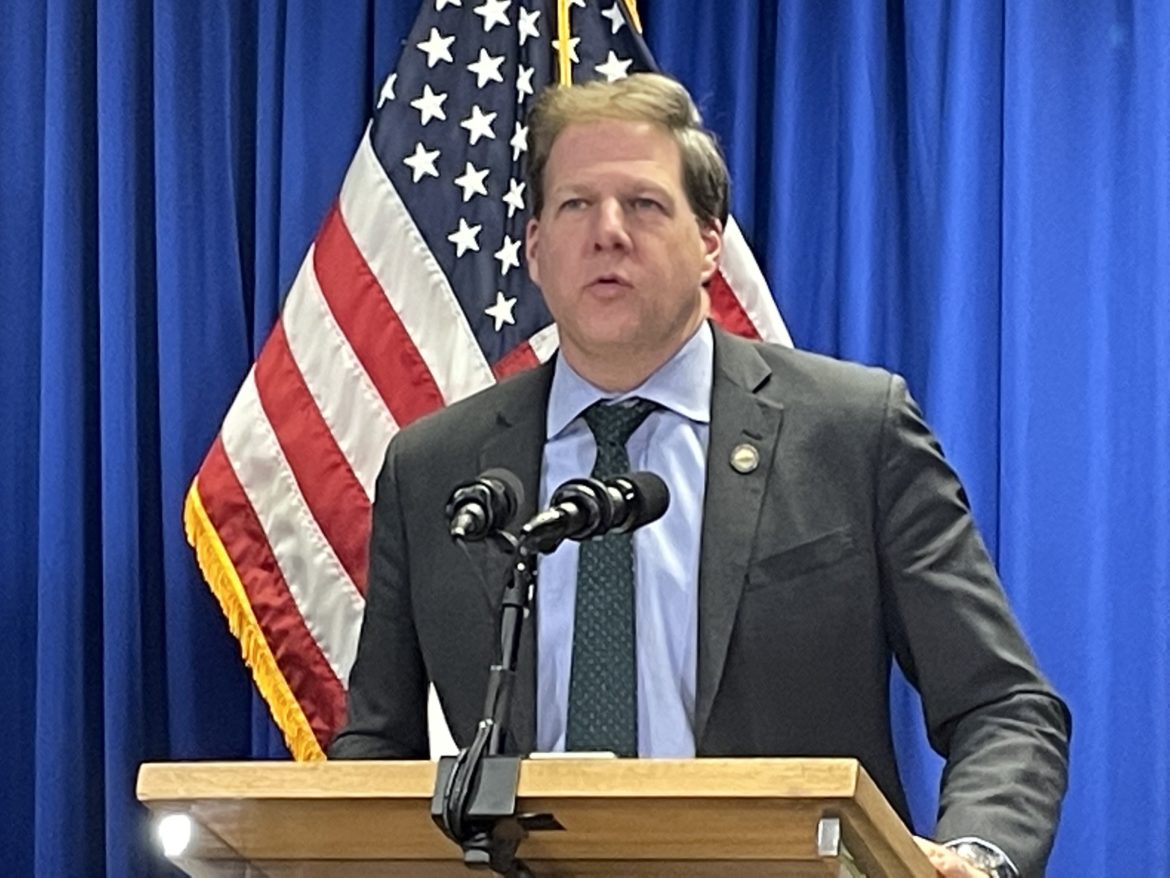 Gov. Chris Sununu is pictured at a press conference.

CONCORD – Gov. Chris Sununu is taking some heat from state senator and democratic gubernatorial candidate Dr. Thomas Sherman after Sununu addressed the issue of abortion on a Virginia-based podcast Wednesday.

Sununu spoke on a wide range of subjects from maintaining the state’s first-in-the-nation primary status to his decision to not seek the U.S. Senate seat held by Democrat Maggie Hassan to criticizing Republicans in Washington for their lack of movement on the federal deficit. Toward the end of the interview, he was asked by the conservative Three Martini Lunch interviewers about the state’s new abortion ban and their concern it did not go far enough.

On the podcast, the Republican governor defended his signing of the controversial ban which has no exceptions for rape, incest, or fatal fetal diagnosis and criminalizes doctors for performing abortions after 24 weeks.

“Look, I’m the first governor in 40 years to sign an abortion ban. Republican governors before me never signed that. I’ve done more on the pro-life issue  — if you will — than anyone,” Sununu said, in contrast with his identification at home as a “pro-choice” governor.

Sherman was quick to fire back: “Chris Sununu has repeatedly shown the women of New Hampshire that he can’t be trusted to stand up for them.

“As a doctor, I’ve spent my entire career building trust with my patients. There is no greater responsibility because once you break that trust you cannot get it back. This Governor has repeatedly broken the trust of Granite State women and is now bragging about it to Washington insiders,” Sherman said.

Sununu spokesman Ben Vihstadt responded, “Like a majority of Americans, the Governor is supporting limiting abortions in months seven, eight, and nine of pregnancy. Like virtually every other state, New Hampshire now has laws on the books that limit late-term abortions. Regardless of any Supreme Court decision, that won’t change the fact that these services will remain safe, legal, and accessible in New Hampshire.”

Legislation passed by the New Hampshire House and Senate to add an exception for fatal fetal diagnoses to the state’s 24-week abortion ban and remove the ultrasound requirement provision will soon go to the governor’s desk. Sununu has indicated he will sign it.