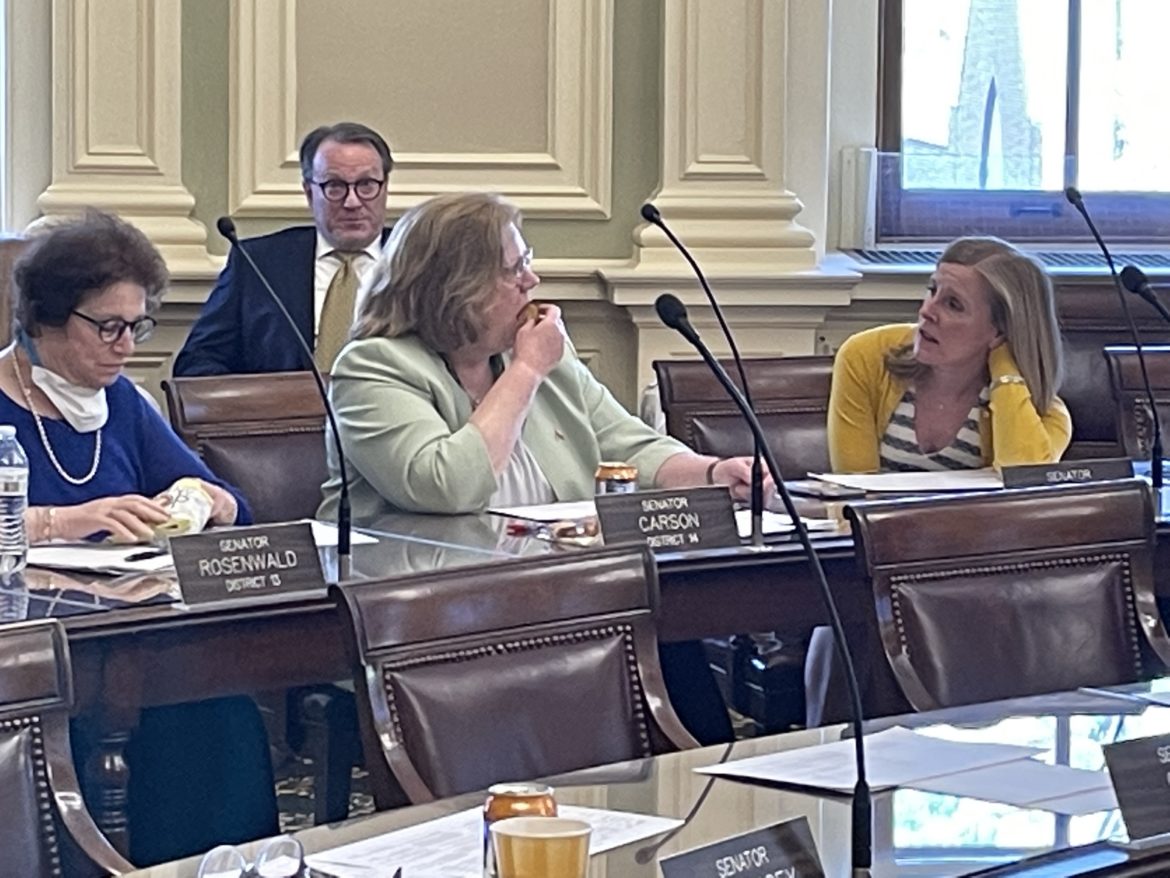 CONCORD — The state Senate killed a bill that would have restored partial financial assistance to cities and towns toward the retirement costs that the Legislature originally pledged to help pay.

Senate Bill 333, introduced to regulate case management services, had been amended by the House to include paying 7.5 percent of the retirement costs for public employees such as police, fire, and teaching personnel. The one-time payment was the result of higher-than-anticipated state revenues.

In establishing the NH Retirement System, the Legislature encouraged municipalities to participate by pledging that the state would provide 35% of the cost. By 2011, the Legislature removed all state funding and shifted the full financial burden onto local governments and school districts.

In taking up the amended bill on May 12, the Senate voted not to concur with the House amendment, effectively killing SB 333. Some senators opposed the non-concurrence motion, saying it was important to assist cities and towns.

Sen. Jeb Bradley, R-Wolfeboro, argued against the bill, saying it is something that can be addressed in the next budget when legislators have a better idea of how high inflation affects state revenues.

A roll call vote registered 14-10 in favor of non-concurrence.

The Senate also killed SB 299, in which a House amendment provided a final opportunity to legalize marijuana this session. Sen. Sharon Carson, R-Londonderry, said that, despite lengthy debate, cannabis legislation is not ready to go forward, and the week remaining for a committee of conference to resolve the issues is not enough.

“There’s going to be ongoing discussion,” she said. “It will be going on next term as well … but this legislation is not ready to move forward.”

“Ignoring this issue is to our detriment, especially in an election year,” Whitley said, going on to say that, if the state is to attract young people to its workforce, it needs to start listening to their wishes.

The roll call vote on that bill was 15-9 in favor of killing the bill.

Most bills considered on Thursday went on to committees of conference to align conflicting versions between the two legislative bodies.

Some of those recommendations met with resistance, including House Bill 1431, which Sen. Whitley argued will create unsafe learning environments. HB 1431 establishes a Parental Bill of Rights which Sen. Tom Sherman, D-Rye, agreed would end up pitting teachers against parents.

Sen. Rebecca Perkins Kwoka, D-Portsmouth, objected to SB 345, which relaxes the restrictions on youthful workers, saying the need for extra money must be balanced with the impact on a child’s education. Joining her in objecting to the bill were Sens. Bill Gannon, R-Sandown, and Sherman.

Several senators expressed concern about granting power to the state fire marshal to approve or disapproved of municipal fire codes as provided by SB 443, and others objected to SB 418, requiring voter affidavits, but both bills also went to committees of conference.

Those committees are required to complete their work by May 19, and May 26 is the last day for the Legislature to act on those committee reports before summer adjournment.

Senate President Chuck Morse presides over the May 12 session as the body decided the fate of certain legislative bills.