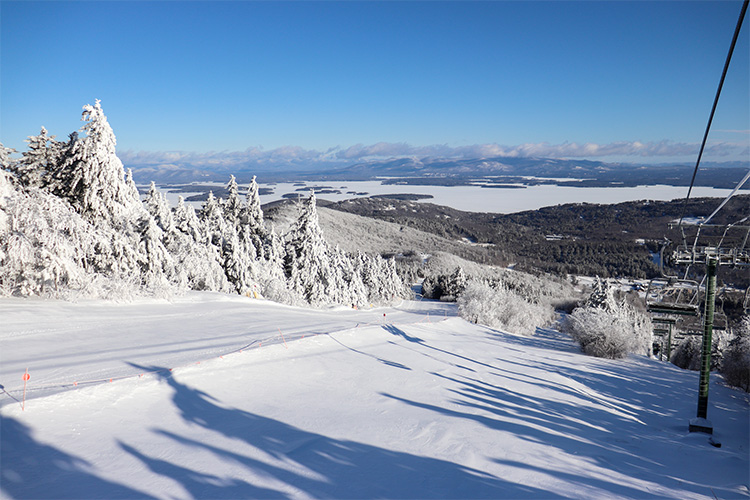 CONCORD – The future of Gunstock Recreation Area in Gilford and who controls it is now before the New Hampshire House of Representatives and a Senate Committee of Conference.

State Rep. Michael Sylvia, R-Belmont, said Wednesday the two sides have formed a committee to reconcile different versions of a bill that may allow Belknap County residents the vote on who serves on the Gunstock Area Commission.

Currently, the 18 House of Representatives from Belknap County control that vote.

The conferees will have to come to some sort of a legislative resolution by the deadline of May 26.

The question now is whether or not the county should continue to operate it, lease it out or enter public-private partnerships, among others.

Some residents say the current legislative delegation has been seemingly at war with the GAC over its future direction and more than 3,500 have signed a petition asking the legislature for the legislation to allow the GAC to be democratically elected.

The GAC oversees operations at the Belknap County-owned Gunstock recreation area in Gilford.

The property includes a ski area, adventure center, campground and other year-round recreation amenities and is operated as a business with a general manager who works for the GAC.
It is run as a business with profits going to county coffers.

There has been a new and ambitious master development plan developed by the GAC to expand the area to be more like a resort with a hotel, but there has been no vote on implementation.
Since then, there has been a lawsuit brought by members of the GAC against the delegation which was withdrawn.

Sylvia provided InDepthNH.org with a number of documents to review related to what he calls the heart of the issue and it relates to the lawsuit.

The House and Senate have two very different versions of the bill. One would allow the public to vote the other would add two non-voting positions to oversee the GAC.

The Senate passed an amended House Bill 1397 last week which gives the voters a say while the House version only called for two non-voting representatives – one from the state Business and Economic Affairs and another a member of the Belknap County Commissioners – to sit in on an ex-officio basis.

State Rep. Tim Lang R-Sanbornton, who said he believes the property is owned and should be controlled by the county residents was asked if he thought it is a conflict of interest for the 18-member Belknap County House delegation to vote on the measure.

He said “no” but, “I do think it’s interesting that the very sponsor of the secession bill that would give voters the chance to make a decision on whether we stay in the United States or not thinks that the voters are incapable of deciding who runs Gunstock.”

Lang is considered among those considering a run for State Senate District 2 in the fall.

Sylvia, who is the chair of the delegation, was the prime sponsor of a separate, constitutional amendment CACR 32, which would have allowed voters of New Hampshire to decide whether or not to secede from the United States https://gencourt.state.nh.us/bill_status/legacy/bs2016/billText.aspx?id=1336&txtFormat=html&sy=2022.
Sylvia did not respond to that aspect in an email requesting comment Wednesday but provided background documents on the basis of the concerns the delegation has had with the existing GAC.

In the past few months, there has been controversy over appointments to replacements on the board and a dropped lawsuit related to the powers of the delegation to select the five-member commission.

Sylvia was involved in a separate effort, Lang said, which would have asked all citizens of the state to vote on whether New Hampshire should go it on its own and entirely separate from the United States.

His proposed amendment, which failed on a vote of 323-13 and required a supermajority to pass, was also co-sponsored by Alton’s Republican State Rep. Raymond Howard, a fellow member of the Belknap County delegation.
A copy of the amended bill is here at https://www.gencourt.state.nh.us/bill_status/billinfo.aspx?id=1773 which he co-sponsors would give voters control.