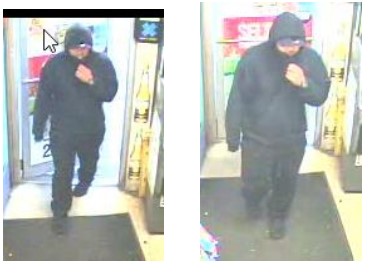 Police released this photo of a man leaving the Seven Days Market in Manchester.

Manchester Police are asking for the public’s help in identifying a male in connection with a sexual
assault.

On April 28, 2022 at approximately 8 a.m., Manchester Police responded to a Spruce Street address for a report of a sexual assault.
A woman told officers that after shopping at the Seven Days Market on Union Street, a man she did not know followed her home. She told police he came up behind her and grabbed her in a sexual manner.
The man was described as light skinned Hispanic or Black, heavy set, wearing a black ball cap, pants,
sweater, and face mask. He was clean and well kept.

Through the course of the investigation, police viewed surveillance video from the Seven Days Market
that showed the suspect leaving the store. The man is known to frequent the store and possibly lives in the area.
If you know who this person is, you are asked to call the Manchester Police Department at 603-668-8711.
You can also remain anonymous and call the Manchester Crimeline at 603-624-4040.