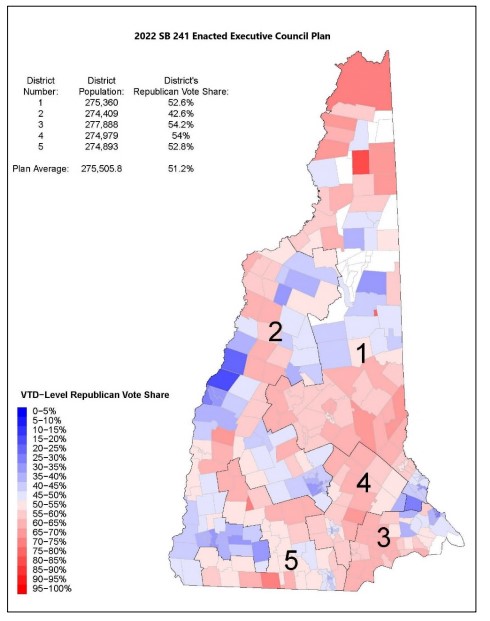 New Hampshire voters, supported by the National Redistricting Foundation, have filed a motion for preliminary injunction in the Hillsborough County Superior Court in Brown v. Scanlan, a challenge asserting that the recently enacted state Senate and Executive Council maps are partisan gerrymanders in violation of the New Hampshire Constitution.

The motion asks the court to prohibit the use of the new state Senate and Executive Council maps for the 2022 primary and general elections. It also asks the court to set forth a remedial process to create new, constitutional maps.

“New Hampshire Republicans scorned the state’s tradition of competitive elections and instead enacted egregious partisan gerrymanders that entrench one-party rule in a competitive, independent state, circumventing the will of the people,” said Marina Jenkins, Director of Policy and Litigation for the NRF. “New Hampshire voters have the right to vote in free and fair elections, and should not be forced to vote in unconstitutional districts that don’t accurately reflect the will of the people. The court must act with urgency to strike down these unconstitutional maps and ensure that New Hampshire’s elections are conducted fairly and honestly.”

The full motion is available here.