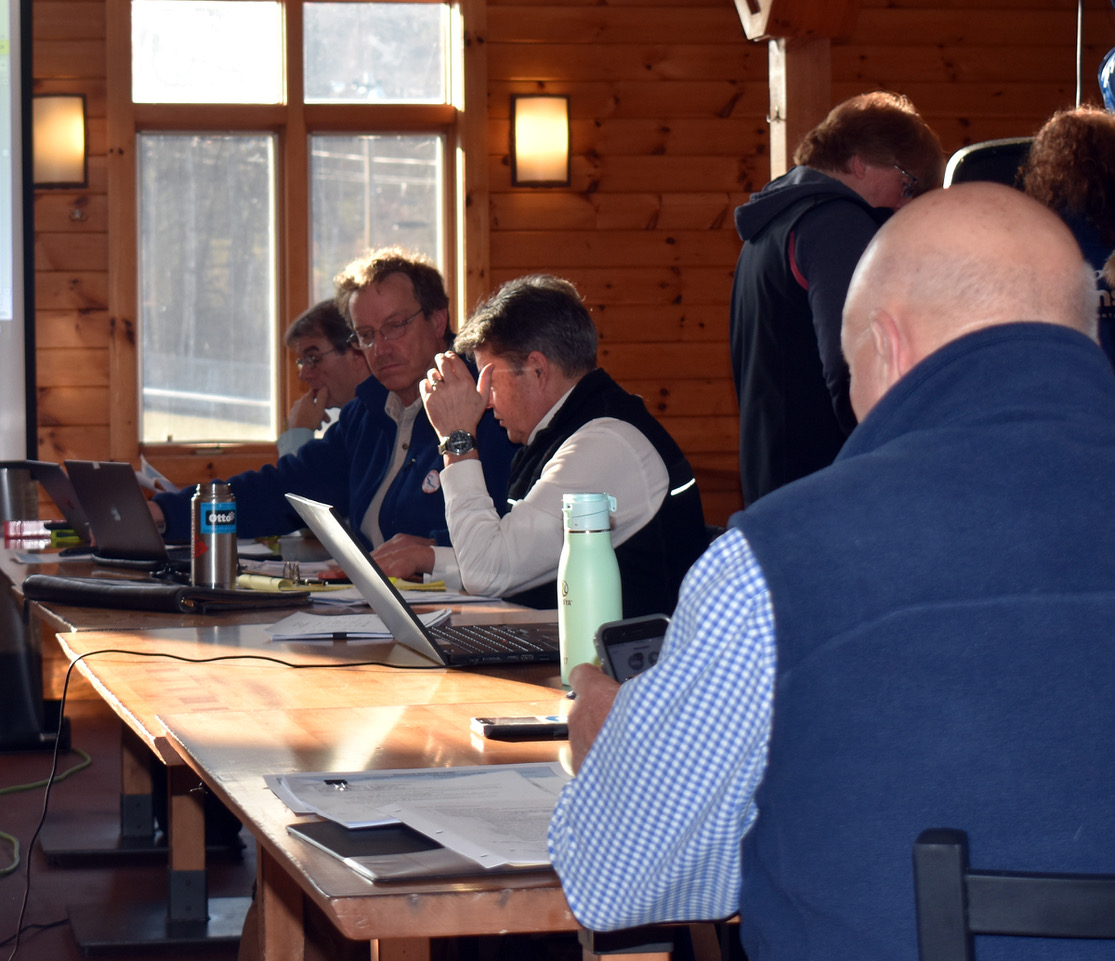 GILFORD — A draft report reviewing the genesis of Gunstock Mountain Resort’s dispute with the Belknap County Delegation finds that the Gunstock Area Commissioners’ lawsuit against the County Convention “was not well-founded and was likely to be dismissed.”

“Our preliminary conclusion is that it was an aggressive attempt to significantly delay a removal hearing, control how the hearing would be conducted, and preclude certain members of the delegation from participating in a hearing,” wrote Peter Callaghan of the PretiFlaherty law firm.

Callaghan noted that the finding was preliminary and wrote, “additional information is needed to fully assess why the litigation was filed, what was known as to the likelihood of success, and what other steps have been taken in the name of the GAC against others. Upon that review a determination can be made on whether the suit was patently unreasonable.”

Commissioner Gary Kiedaisch, one of three members who had been facing possible removal by the county delegation, objected to the report’s interpretation of events and voted against accepting the document, lest it be misconstrued as agreeing with any of its assertions. Kiedaisch later abstained when the four other commissioners approved the report’s release to the public.

Kiedaisch later said the attorney “went beyond the scope and admits he does not have enough information to make a decision on the matter. So why publish it?”

The vote to release that and two other preliminary findings, as well as billing records connected with the dispute, took place during a non-public meeting by the Gunstock Area Commission on May 6. The commission had agreed to seek an independent counsel’s review of the record as part of its consideration of a request by the county delegation for reimbursement of $50,000 in legal fees to defend against the lawsuit.

Callaghan also addressed the code of ethics that the commission had adopted but which several members have refused to sign. In his report, the attorney said the legislature already established ethical standards in Gunstock’s enabling statute. “No member of said commission shall receive any compensation for services other than compensation herein provided, or reimbursement for personal expenses actually incurred, or have any financial interest in the area, or in its operation, either directly or indirectly,” the statute states.

The Gunstock Commission’s ethics policy, adopted on February 27, 2019, states, in part, “Commissioners shall work for the common good of the public and not for any private or personal interest and shall assure fair and equal treatment of all persons, claims and transactions coming before the Commission.” It also states, “The members of the Commission shall refrain from abusive conduct, personal charges or verbal attacks upon the character or motives of other Commission members, the staff or the public.”

Callaghan wrote, “The legislature plainly did not grant express authority to regulate the behavior of commission members as the ethics policy purports to do and there is no basis upon which to imply such authority.” However, “there are other state laws defining and prohibiting certain conflicts of interest and improper pecuniary transactions … But the authority to expand restrictions on Commission members remains with the General Court.”

Finally, he addressed specific complaints against Peter Ness, the current chair, writing, “It does not appear that the Commission considered a motion to engage counsel to address the conduct of Commissioner Ness. Instead, it appears that two Commissioners requested counsel to prepare the report. … It remains unclear how the Commission vote to review the legality of the ethics policy was transformed into a report on a single commissioner or what authority existed to investigate that commissioner.”

The investigative report on Ness’ conduct, which included allegations of disruptive, demeaning, and intimidating behavior as well as an attempt to sell his software to Gunstock, was the basis for a request of the County Delegation to remove him from the Gunstock Commission. Callaghan wrote that the assertions failed to include any evidence in support of the claims.

Callaghan noted, “Importantly, Mr. Ness was not interviewed by counsel prior to issuance of the report. … It is common practice when conducting investigations to speak with the subject of the complaint, but this did not occur.”

Ness later elaborated in an email, “no conflict of interest transaction occurred because there were no instances, conversations, meetings, or requests in which I was involved relating to operating features or information, terms of use, pricing, platform integration or any other activities on my behalf of any substance relating to the alleged sale or licensing of the software platform. All of these foregoing activities would involve the mere ‘solicitation’ of sale. Further, without solicitation and agreement on terms, no ‘sale’ can occur. A sale would also require a vote by the GAC.”

Minutes of the meeting in which the county delegation took up Ness’ removal indicate that Rep. Michael Sylvia, the delegation chair, did not allow any testimony that might have supported the complaints against Ness. Sylvia said that the original complaint and Ness’ written response denying the charges were sufficient to make a decision, and the delegation concluded that there was insufficient evidence to remove Ness from his position.

Callaghan’s report noted that “there is a troubling timeline that suggests [the removal attempt] was designed to punish Commissioner Ness for asking difficult questions and requesting financial and other records in the performance of his duties and responsibilities as a Commissioner. The questions surrounding what led to the request for an investigation should be explored more deeply.”

Kiedaisch said, “This effort by Ness is nothing more than an effort to redirect the facts. The GAC and GMR evidence against Ness has never been made public because Sylvia denied it at the Sept 9 hearing.”

According to Kiedaisch, after the delegation’s decision to leave Ness in his position on the Gunstock Commission, Sylvia recessed the meeting and took Kiedaisch out into the hall and asked for his resignation. Sylvia later drafted a memo saying the commissioners seeking Ness’ removal raised “grave concerns and possible questions of criminal activity. … The question for the delegation to consider is if the actions by Commissioners Kiedaisch, [Brian] Gallagher, and [Rusty] McLear rises [sic] to the level of removal for cause….”

Those three commissioners, over the objections of the other two, initiated the lawsuit seeking an injunction to prevent the delegation from removing them.

In his report, Callaghan concluded, “There is insufficient evidence at this time to determine whether the suit was patently unreasonable despite being unsuccessful in securing inductive relief. The filing sought to prevent the removal of certain commissioners by preventing a hearing on their removal and to control who could sit in judgment when a hearing was held.”

The Gunstock Commission voted to withdraw the lawsuit after the County Delegation appointed two new members who were more closely aligned with their political views: Dr. David Strang, who now serves as vice-chair, and Doug Lambert, a local businessman.