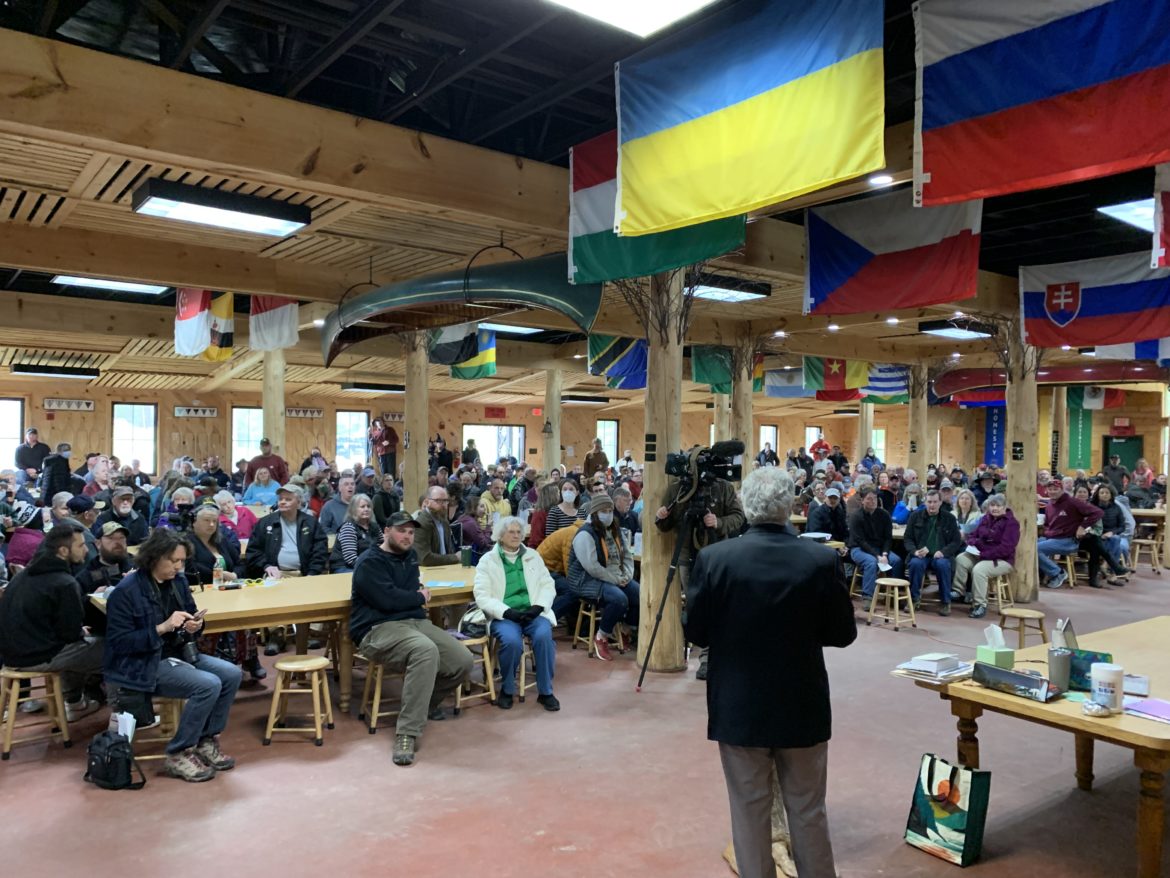 The Croydon school budget that was cut in half at the annual meeting in March on a motion by Free Stater Ian Underwood was restored to its full $1.7 million at a special meeting with a huge turnout Saturday.

Townspeople rallied since to petition for a new meeting going door to door, sending out mailers, handling out pamphlets and talking with neighbors and friends to get a new meeting and vote.

The town is between Grantham and Newport in Sullivan County. Two years ago, Croydon got rid of its tiny police department and is now covered by State Police.

After the original vote in March, Ian Underwood told InDepthNH.org: “I wasn’t sure it would get a lot of support. I had brought it up the year before providing them with a budget instead of waiting to be presented with a ransom.”

Ian Underwood said then that he moved to New Hampshire from Pennsylvania about 15 years ago as part of the Free State movement. He acknowledged that some see it as a negative label, but said once they understand it people see it in a more positive light.

Angi Beaulieu, a former school board member, was thrilled with the vote Saturday and said she is going to run again for school board in March of 2023.

Beaulieu said the number of Free Staters in town is growing.

Jody Underwood, previously told InDepthNH.org the board would look at using learning pods such as Prenda and Kai to fit the slashed budget.

Ian Underwood also serves on the board of the Foundation for New Hampshire Independence, which advocates New Hampshire becoming a sovereign nation.

“My goal is to make New Hampshire as independent as appropriate,” Ian Underwood previously told InDepthNH.org.

According to the Free State Project website, it is a “mass migration of more than 20,000 people who have pledged to move to New Hampshire for liberty. By concentrating our numbers in a single state, we are maximizing our impact as activists, entrepreneurs, community builders, and thought leaders.”

Beaulieu worked with others in town to get a re-vote and was thrilled that 379 people turned out at Camp Coniston Saturday, the only place large enough for the crowd.

She said there are between 700 and 800 people in town so the turnout was especially impressive.

After the meeting, school board member Aaron McKeon said: “I think it’s great that we can put the uncertainty and division behind us and move onto the business of continuing to improve education here in Croydon.

“We’ve learned about some great options we can perhaps add to our school choice program without the budget limitations that would have required eliminating other choices. Now we can take our time to work as a community to pave the way forward,” McKeon said.