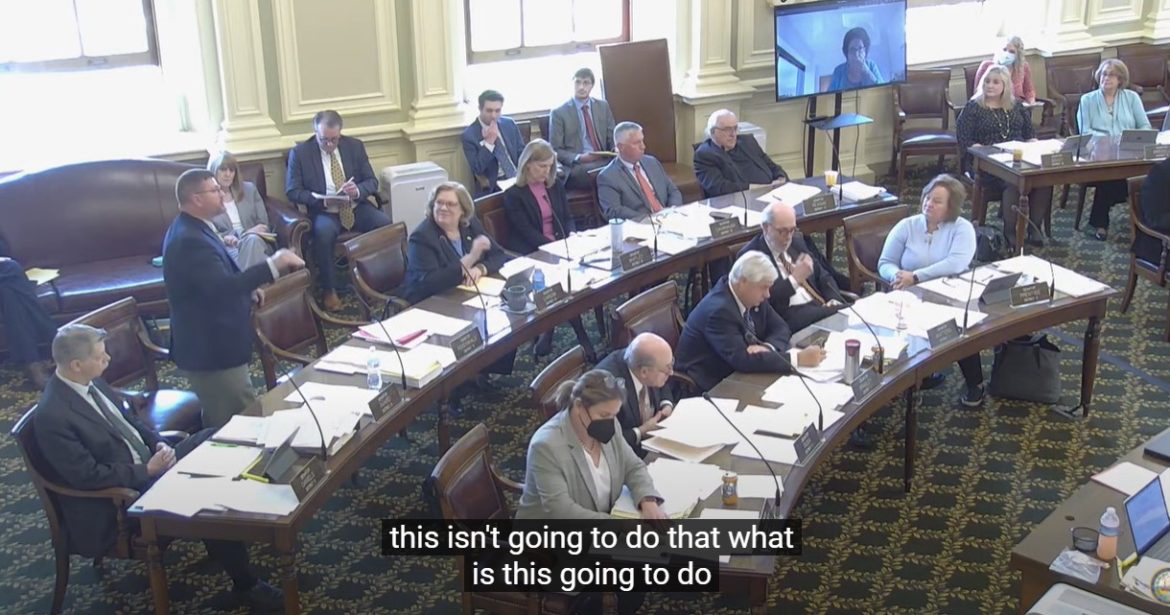 By PAULA TRACY, InDepthNH.org
CONCORD – New landfills in the state would have to meet a new siting formula away from surface water under a bill passed by the Senate Thursday on a vote of 16-8.

Sen. Erin Hennessey, R-Littleton, offered an amendment to House Bill 1454 https://www.gencourt.state.nh.us/bill_status/pdf.aspx?id=33155&q=billVersion and noted the bill replaces the state’s one-size-fits-all 200-foot setback from water with a site-specific formula used by other states to avoid groundwater contamination.

They calculate this by having an independent hydrologist figure out how long it will take leachate to reach water bodies in five years, to give the state time to find a failure in the landfill.
She said the bill would not ban new landfills and the likely cost of the calculations is about $500.

Hennessey said there is also misinformation around the capacity of landfills and noted that state permits are done in phases and there is no crisis.

Sen. Kevin Avard, R-Nashua said he did not like the way the process of amendments happened and noted Sunapee’s garbage is going to Bethlehem. He voted to oppose the amended bill.

“There is a lifespan to our current landfills,” he said. “This is Seabrook all over again…’ not in my back yard,'” Avard shouted. “No one is going to do business in New Hampshire if this bill passes!

“This is not going to stop putting out-of-state garbage in our landfills,” he warned.

Sen. Donna Soucy, D-Manchester, said she had nothing but the utmost respect for her colleagues but said the process of this bill “is the worst I have ever experienced….The bill has the most toxic atmosphere around any legislation.”
Soucy said her ultimate vote has nothing to do with the fact she was “bullied, threatened and insulted.”
Soucy ended up voting to support the amended bill and did not go into detail about being bullied, threatened and insulted.

Senators were told this is drinking water week in New Hampshire and in the Senate gallery were children from the Piermont Village School who live along the Connecticut River.

The Senate Energy and Resources Committee recommended the bill from the House be killed, noting that the state Department of Environmental Services already has the power to decide where landfills should be placed near water.

Sen. James Gray, R-Rochester, said the amendment was unnecessary and would make it eight years, not five, to reach the water.
Using the Seacoast’s Coakley Landfill https://cumulis.epa.gov/supercpad/cursites/csitinfo.cfm?id=0101107 as an example, Sen. Tom Sherman, D-Rye and a candidate for governor, said Coakley in North Hampton is capped but not lined and a former gravel pit. There are leaks of carcinogenic PFAS emanating from Coakley contaminating several water bodies and is now a Superfund site, and the cap is contaminated.

“What is one of the most important things we preserve in New Hampshire?” Sherman said. “Years are not random, the more years allowed in statute the more time” to detect the contaminant before it gets to the water.
“This is about making sure we learn from the past,” Sherman said.
Hennessey warned that an additional amendment would push the state back.
Her amendment passed on a bipartisan 14-10 vote, a move to table failed 3-21.
Sen. Jeb Bradley, R-Wolfeboro said he was going to vote for the amended bill.
“I think some of us tried to find a compromise,” he said and he seconded Soucy’s comments about the process.
“Let’s hope for the best,” Bradley said.
Sen. Sharon Carson, R-Londonderry, said she would oppose the bill because it targets one particular landfill.
“This is not ready to come forward and I am concerned if we put this in statute we will be doing more harm to our state and its citizens than we can think about,” she said.

The bill will have to return to receive concurrence from the House on the amendment.