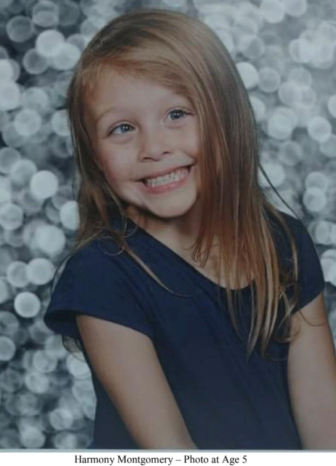 CONCORD – In a roundtable press availability on Wednesday following the Executive Council meeting, Gov. Chris Sununu discussed the unsolved double homicide of a Concord couple and the Massachusetts report from the child advocate on Harmony Montgomery, the missing Manchester girl.

CONCORD HOMICIDE
Fourteen days after Stephen and Wendy Reid of Concord were found shot to death on the Broken Ground trails in Concord not far from their home, there have been scant details and no arrests.

The governor said he is receiving almost daily briefings from Attorney General John Formella on the case.

The Concord Police Department is heading up the double murder investigation with help from the FBI and New Hampshire State Police. Sununu said from what he has been told, Concord Police are doing a good job.

“They are putting all hands on deck. The AG, FBI, everybody is out there doing everything they can to find out what happened,” Sununu said. “My sense is they are not going to let up until they figure out exactly what happened and bring those individuals, or individual to justice.”

He would give no more details and said he heard what officials were saying to the public about being vigilant and what that means to him.

“As a citizen, when I hear that I think they are saying that for whatever reason they believe it was a single event. But obviously when you have something as horrific as a double murder in your community everyone has to be on high alert,” Sununu said.

HARMONY MONTGOMERY
The governor said he read quite a bit of the 100-page report issued by the Massachusetts Office of the Child Advocate Wednesday morning looking into the case of Harmony Montgomery of Manchester which is highly critical of the Bay State’s handling of the case.

It said the courts in Massachusetts gave custody to her father and she then went missing at age 5, two years ago. She remains missing.

Sununu said there was no assessment of her father’s condition to be a sole parent, even though he had a criminal record. He has been charged with assaulting the child but nothing related to her disappearance as efforts to find her continue.

“I will say this on the report: I thought it was done very well. It is very robust, very transparent, it looks like they looked at all the different issues that side of the border, which is exactly what you want, that sort of transparency so it brings it all to the forefront. That is the only way you can look at the systems in a detailed manner to look at where the barriers are and where the systems failed,” between states.

He said New Hampshire, which produced its own reflective analysis of the case several months ago, came to the conclusion that in a place like New England there is lots of border crossing between families.
He said interstate compacts need to be working and perhaps a national, comprehensive compact is needed.

There may be a national reform to ensure that cases like this one are not replicated and New Hampshire may play a role in reform.

“At the end of the day, it is clear that the system failed Harmony,” Sununu said. “The (Massachusetts) court did not put her needs first and that was very, very evident. When you are talking about a child welfare system and child protection, you protect the child you make that the priority and it did not happen in this case.”