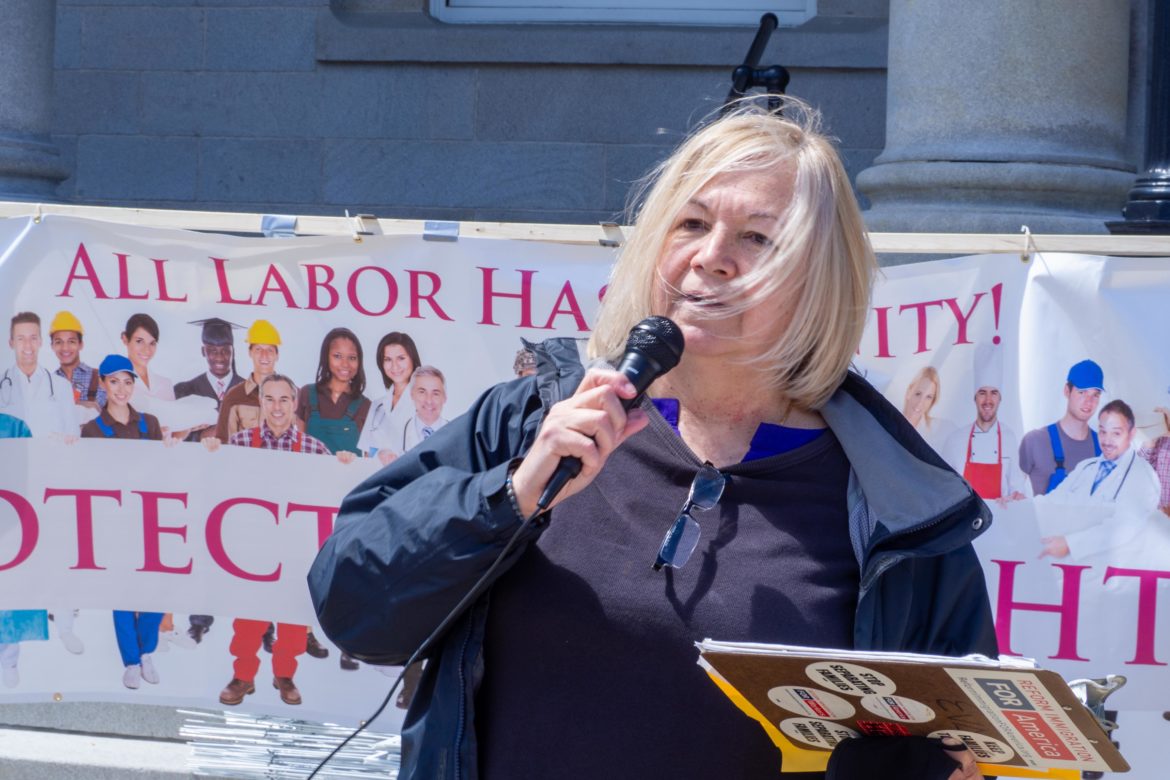 MANCHESTER — Municipal, state, and federal policies impacting workers, including immigrant workers, will be highlighted at an International Workers Day Rally at City Hall in Manchester on Monday, May 2 at 4:30 p.m.

“All workers deserve to be treated with dignity,” said Eva Castillo of the NH Alliance for Immigrants and Refugees, who will serve as emcee. “That means safety in the workplace, a living wage, and the right to organize unions.”

Castillo, who has led May Day rallies every year since 2006, alongside Arnie Alpert from the American Friends Service Committee (AFSC), said she expects speakers to highlight multiple issues affecting workers in New Hampshire – including low wages, lack of affordable housing, exposure to COVID and other health hazards, and discrimination. Speakers will rally support for a municipal resolution in favor of $15/hour for Manchester city employees; union organizing by student workers at Dartmouth College; dignity, respect and fair contracts for public employees; an end to the attacks on NH public school teachers and students; labor laws that protect workers’ rights to organize and bargain collectively; and a pathway to citizenship for immigrant workers.

In addition to the NH Alliance for Immigrants and Refugees, other rally sponsors are Raise Up NH, AFSC, the Economic Justice Mission Group of the NH Conference United Church of Christ, Rights and Democracy, the Granite State Organizing Project, NH Council of Churches, Granite State Interfaith Action Fund, the Immigrant Solidarity Network, NH Voices of Faith and the NH Faith & Labor Coalition.

The rally will be live streamed.

Observed throughout the world as a day to highlight the rights of workers, the first of May has been re-popularized in the United States since 2005, when immigrant workers rallied in several major cities.  Locally, Castillo said immigrant solidarity and labor activists have gathered for International Workers Day annually since 2006, with rallies held in Manchester, Nashua, Portsmouth, Dover, Durham, and Concord.