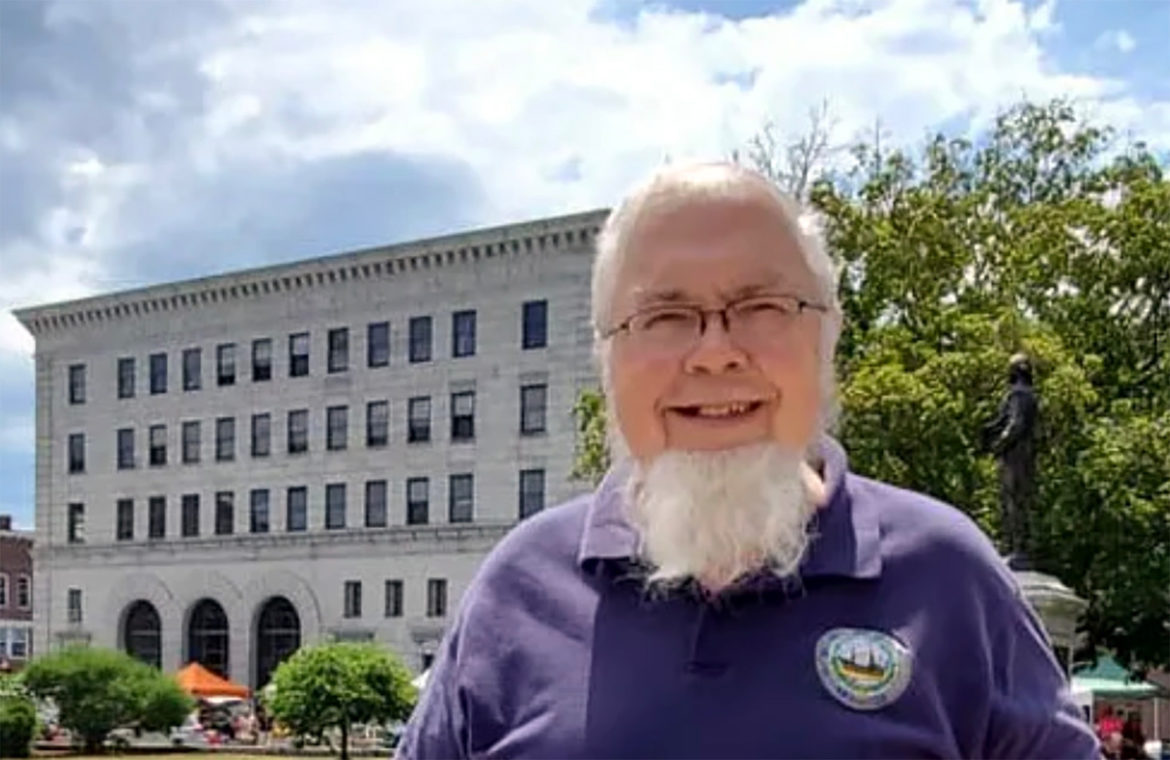 Rep. Jordan Ulery raised concerns about accountability under SB 379 before ultimately voting in favor of the legislation in Committee.

CONCORD — The House Ways and Means Committee on Tuesday approved a bill that would establish a solid waste management fund using federal money to assist communities in diversion efforts.

The unanimous vote to send Senate Bill 379 on to the consent calendar for final approval came after Rep. Jordan Ulery, R-Hudson, raised concerns about keeping track of the money.

“I think we should know what’s coming in for budget purposes,” Ulery said. “There just needs to be some sort of check-and-balance to make sure that — they’re receiving money and spending money — that nobody’s building a pool in their backyard.”

When others pointed out the bill specifies that there will be a biennial report on how the money is spent, Ulery complained, “You’ve got people writing rules, reporting to themselves about whether they are following the rules that they wrote.”

Rep. Susan Almy, D-Lebanon, explained the history and purpose of the bill. The Department of Environmental Services used to have a planning section for solid waste, but the legislature had stopped funding the position.

“Now we’re in a solid waste crisis in the state,” Almy said. “This fund was recommended by the solid waste group.”

As originally proposed, the bill would have imposed a surcharge on the disposal of solid waste, using the money to help communities in efforts to reduce the amount of garbage going into the landfills. The Attorney General’s Office expressed concern that it might be in violation of the Interstate Commerce Act because out-of-state solid waste would be charged without receiving the benefit of the money collected.

An amendment eliminated the surcharge, instead making a $500,000 appropriation as seed money for a revolving fund to help municipalities with their efforts to reduce waste.

The DES subsequently learned that federal money might be available and recommended dropping the $500,000 appropriation and simply setting up a fund that could accept the federal allocation.

According to the legislation, the fund would support the administration and implementation of technical assistance to communities, planning and permitting activities, and encouragement of recycling and other diversion methods.

Rep. Richard Ames, D-Jaffrey, pointed out that the bill requires the DES to report on the use of those funds in its biennial report, which is posted on the department’s website and is available for anyone’s review.

With none of the other committee members sharing Ulery’s concerns about accountability, the Hudson representative said he would not object to the bill’s passage, leading to 16-0 vote in favor.

For advocates of reducing the state’s reliance on landfills, the decision was another piece of good news. There have been a number of bills this session looking to solve the problem of what to do with trash, most of which have met with legislative approval.

Another piece of good news for North Country residents opposed to a new landfill in Dalton was the state’s approval of an expansion of the Mount Carberry landfill in the town of Success, near Berlin. That landfill is sited in a location where the soils inhibit the flow of any contamination that might occur, giving operators plenty of time to address any problems. The expansion means that the state will have significant new landfill space to handle solid waste.

Efforts to halt Casella’s plans for the Dalton landfill, which residents fear could lead to contamination of Forest Lake and the Ammonoosuc River, received a boost when the Littleton School Board sent a letter to the state Department of Transportation, urging them to deny the driveway permit for Douglas Drive. Members are worried that truck traffic would go through downtown Littleton and pass Lakeway Elementary School, despite the company’s assurance that a different route would be used.

“While Casella Waste Systems representatives have articulated a plan for preventing their traffic from using Route 116, their plan is comprised of minimal, and — in some cases — temporary compliance measures,” the board wrote. “The fact remains that using Route 116 would be the shortest route, making it an entirely plausible and appealing path for Casella’s rigs. We have a responsibility as a community and as a Board to keep our students safe. Approving Driveway Permit Request #14656 would significantly impair our ability to fulfill that responsibility.”

The Senate Energy and Natural Resources Committee recommended killing HB 1454, which would require a hydrogeologic study to confirm that contamination from a landfill would take at least five years to migrate to a body of water if it went unchecked. The full Senate instead “special ordered” the bill for consideration on May 5, keeping the measure alive. At a public hearing on the bill, nearly 200 people signed up in favor of the bill, while eight opposed it.