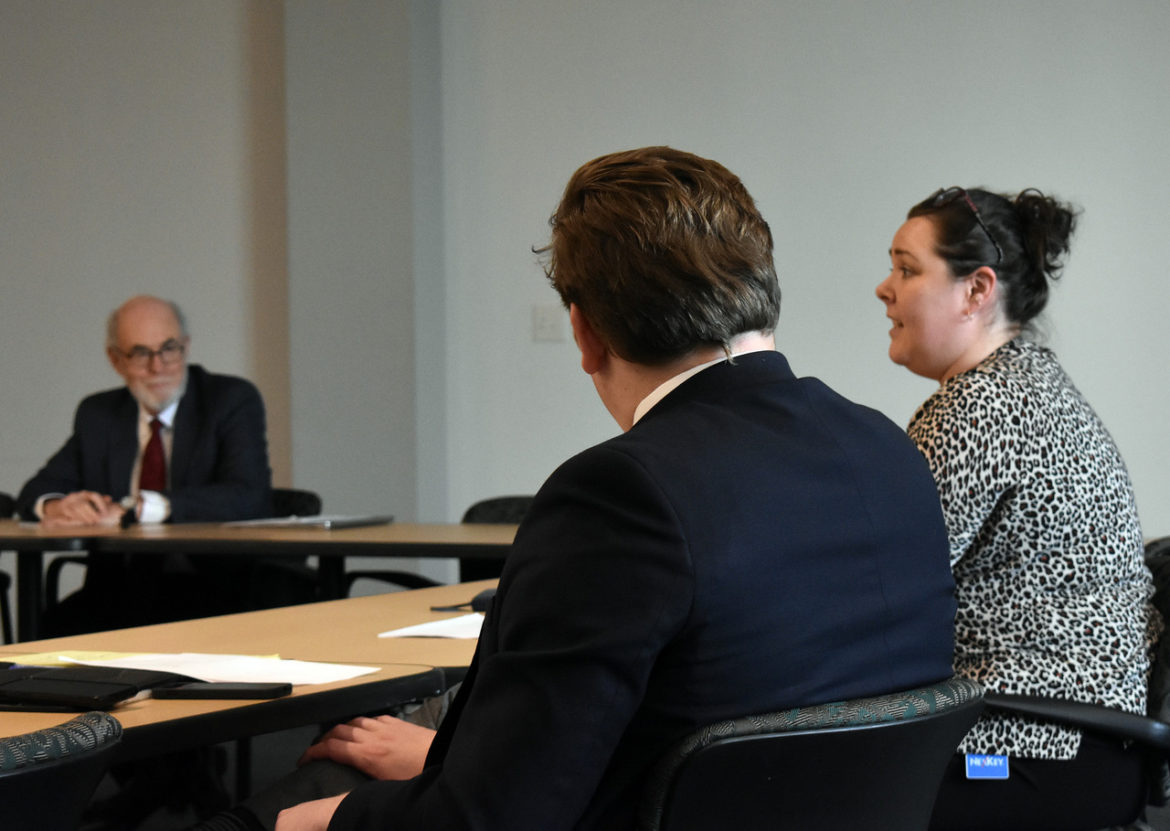 PORTSMOUTH — As the state prepares for a proposed wind farm in the Gulf of Maine, a critical position has been filled with the appointment of Erica Horne to serve as offshore wind director.

Deputy Energy Commissioner Christopher Ellms introduced Horne at the beginning of Monday’s meeting of the Commission To Study Offshore Wind and Port Development. It was Horne’s second day in her new position.

“I’m excited to be here,” Horne said, explaining that she just finished work in a position at the Portsmouth Naval Shipyard the middle of last week.

A New Hampshire native, Horne did undergraduate work at the University of New Hampshire and earned a master’s degree in Sustainable Natural Resource Management from Unity College.

Sen. David Watters, D-Dover, chair of the offshore wind commission, commented, “The timing could not be better because we have a task force meeting coming up and a lot of good things happening. Momentum is building up.”

Ellms reported that the state is in the final stages of reviewing a contract for a consultant to do an offshore wind impact assessment.

Once decided, the contract will go to the Governor and Executive Council for action.

Ted Diers, who served 11 years as an administrator in the Watershed Management Bureau of the Department of Environmental Services and will be starting a new position as assistant director of the Water Pollution Division, said that, in the next couple of weeks, a draft will be ready to review concerning the financial impacts of compensatory mitigation for those connected with fisheries.

The study will incorporate fishery surveys to develop “viable data” for mitigation.

Watters said Senate Bill 268, which concerns power purchase agreements for offshore wind, has passed the Senate and is headed to the House. The bill addresses the collection and distribution of funds to mitigate the impacts to wildlife, natural resources, ecosystems, and “water-dependent uses,” and Watters said, “This is where Senate Bill 268’s reporting will kick in.”

SB 440 is another bill making its way to final passage, and it directs the Office of Wind Industry Management to evaluate clean energy resources in the Gulf of Maine.

Once the draft document on mitigation is prepared, there will be a 45-day public comment period before a final report is completed.

The main focus of Monday’s meeting was the upcoming meeting on May 19 of the Governor’s Bureau of Ocean Energy Management Offshore Renewable Energy Task Force. The task force will reconvene for the first time since 2019, with several new members.

The commission discussed holding virtual meetings to bring members of the task force up to date on what is happening on May 15 and 17, ahead of the May 19 meeting. There will be an online link for members of the public and others to follow the discussions.

Gov. Chris Sununu also is planning to hold a summit on wind energy that will be coordinated by the Seacoast Chamber of Commerce.

Roger Groux of the New Hampshire Port Authority Advisory Council, suggested emphasizing how much offshore wind will help to reduce the cost of electricity in New Hampshire.

Watters cautioned that the commission is not charged with taking one side or the other on the subject of wind energy, but with providing the information that will help others to make the decisions.

Mike Donahue, a member of the Port Advisory Committee who was in the audience, said it is important to give people information so they can buy into the decisions, and he supported having someone connected with New York’s offshore wind projects to discuss their experience with issues such as transmission.

The commission in the past has noted that, even if offshore wind becomes a reality, the state’s existing transmission lines cannot support the additional power.

He noted, however, “Certainly there are issues about the river, bringing it up the river, but this is something that we should be thinking about.”