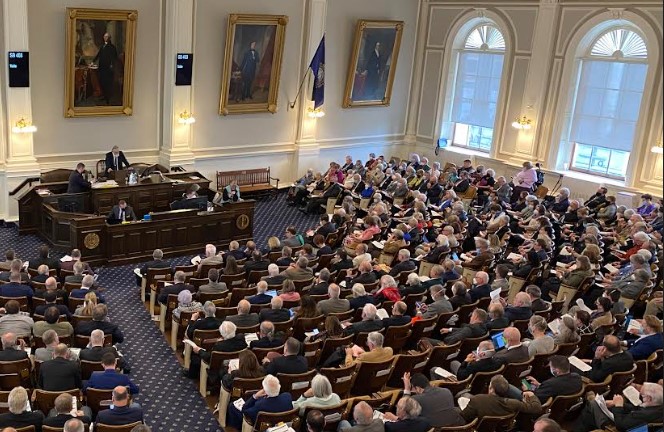 They are essentially the same maps that passed the Republican-controlled State Senate and now go to Gov. Chris Sununu’s desk for consideration.

Every ten years, the political maps for each state need to be redrawn based on the latest census data.

The parties in control of the legislation during those decade changes have the advantage of drawing maps that they may believe are advantageous to their re-election.

At public hearings in each of the state’s 10 counties this winter, voters said they want to keep these districts intact, keep cities together and not stretch out from one end of the state to the other among communities that have little in common.

Republicans said there is a gentleman’s agreement between the two chambers to develop certain maps. Democrats said the maps, the ones drawn by the Senate, don’t meet those public objectives.

State Rep. Lucy Weber, D-Walpole, said when she looks at the State Senate redistricting map it is “the very picture of gerrymandering.”

On the executive council map, Democrats said it splits nine of the 10 state counties.

“Last year, the legislature made a big deal of holding public input sessions where Granite Staters explained their priorities in the redistricting process.  Those public input sessions were clearly a waste of time because in drawing their maps, the Republican majority ignored everything the public asked for.”
He also noted Sununu “has an obligation to veto these gerrymandered maps.”