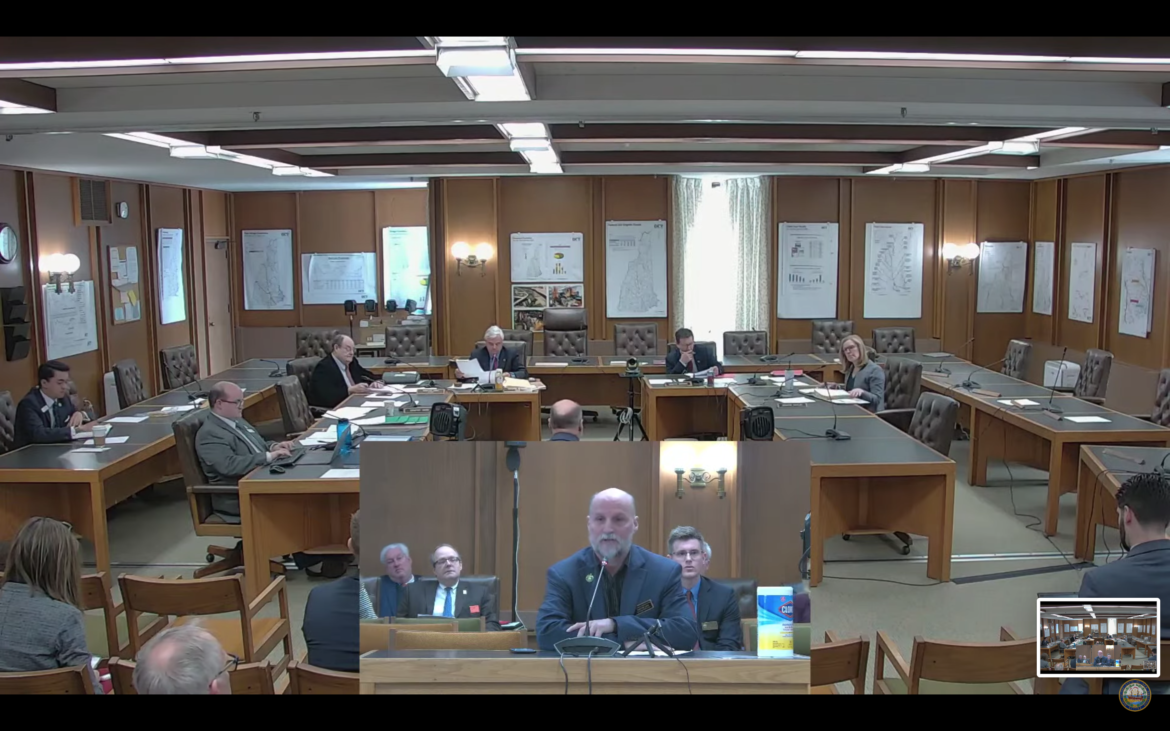 CONCORD — A bill allowing a vaccine exemption for a conscientious objection was called either the most misunderstood or the most dangerous bill this session at a public hearing Wednesday before the Senate Health and Human Services Committee.

House Bill 1210 would add an exemption for conscience for all vaccines, not just for COVID-19, in addition to the existing exemptions for medical and religious reasons.

Under the bill, the exemption would have to be given to an employee of any public or private employer, or a postsecondary education institution if the employee requests it.

Supporters of the bill said it only extends the same rights awarded to physicians for procedures they object to due to conscientious reasons, allows businesses and public and private health care organizations and higher education institutions to do what they do now for religious and medical exemptions, and would reinforce the inalienable rights granted under the constitution.

“This is not about vaccine mandates, this is about procedures,” said the bill’s prime sponsor, Rep. Tim Lang, R-Sanbornton. “I consider this a business friendly bill because businesses will no longer have to measure an employee’s spirituality and they won’t get civil rights claims against them.”

Lang called the bill the most misunderstood bill this session, because it only puts into statute procedures most business already follow.

But opponents from the business community, county nursing homes, hospitals, physicians, nurses, advocates and the Department of Health and Human Services said it would put billions of dollars of federal money at risk for hospitals, health care providers and nursing homes, as well as increase health risks for the state’s vulnerable population, and decimate the current childhood vaccine program and increase the spread of the coronavirus.

“I disagree with the sponsor, I would say this is the most dangerous bill of the session,” said Louise Spencer of Concord and co-founder of the Kent Street Coalition, “because it refers to all vaccines and we know vaccines work, and to work against contagious diseases, you need the vast majority of the population to be vaccinated.”

David Juvet, vice president of the Business and Industry Association, also disagreed with the sponsor saying his organization understands the bill too clearly.

“This is not business friendly legislation,” Juvet said. “The conscientious objection renders moot any vaccine currently mandated in the workplace.”

“This bill takes away the ability of employers to do what they think is in the best interest of employees and customers.”
Under the bill, employers would not have a right to investigate the exemption requests, which they are required to do, said labor attorney Andrea Chatfield, to determine if that employee requesting has a legitimate reason for asking to be treated differently than other employees.

Under state and federal law the employer has to have information and documentation of a condition or sincerely held belief to grant an exemption, she said.

“An employer has a right and obligation to ask for this type of information,” Chatfield said, “but this strips those rights away from employers.”

Asking for a vaccination exemption is a big ask, she said, because an employer has an obligation to provide a safe and healthy workplace.

This is not to intrude on people’s rights, she said, but to be inclusive. “This would make vaccine mandates meaningless,” she said.

Dr. Gary York of Hopkinton said his son lost his job at a mental health facility because he refused to be vaccinated and a nephew and his wife, who work in the healthcare industry in Massachusetts, moved to Montana to work because they lost their jobs for the same reason.

“This mandate is destroying families locally and forcing people to leave New Hampshire,” York said. “A mandate really is an attempt to coerce people to get an experimental jab.”

But Paula Minehan of the NH Hospital Association said the bill would prevent both private and public health care facilities from receiving federal funding, which she said from the most recent data would be about $2.3 billion a year.

Having a COVID vaccine exemption for conscientious reasons that cannot be denied is contrary to the Centers for Medicaid and Medicare Services’ requirements, she said.

“Hospitals in New Hampshire must comply with the CMS vaccine requirements to ensure Medicare and Medicaid certification, Minehan said. “To not do that puts them in jeopardy.”
Katherine Horgan of the New Hampshire Association of Counties said if the bill passes it would put the county nursing homes in a position of having to either follow state guidelines or follow the federal requirements.

If they follow the state law, they would lose federal funding, she said.

“That would put the entire long term care system at risk if you pass this as is,” she told the Senate Health and Human Services Committee.

Abby Rogers, legislative liaison for the Department of Health and Human Services, said the agency opposes the bill noting it applies to all vaccines not just for COVID-19. She said it would increase the health risks for students, the medically vulnerable and prevent New Hampshire Hospital and the Glencliff Home from providing services.

And the agency official said it would also put billions of dollars of federal funds at risk.

The committee also held a public hearing on House Bill 1455, which would prevent state and public agencies from enforcing federal vaccine mandates.

The bill’s prime sponsor, House Speaker Sherman Packard, R-Londonderry, said it is not an anti-vaccine bill, but about what he called illegal federal mandates.

“To force something on the people of this nature, to me it’s a violation of the constitution,” Packard said. “I do not believe in mandates, they are counterproductive.”

The NH Association of Counties and the NH Hospital Associations testified against the bill, saying it could impact federal funds.

HHS officials said they would work on an amendment to prevent the loss of federal funds.

The committee also voted 3-2 to recommend that House Bill 1131 be approved. The bill would prohibit school boards from instituting mask mandates for students or staff, but removed the penalties included in the House version of the bill.