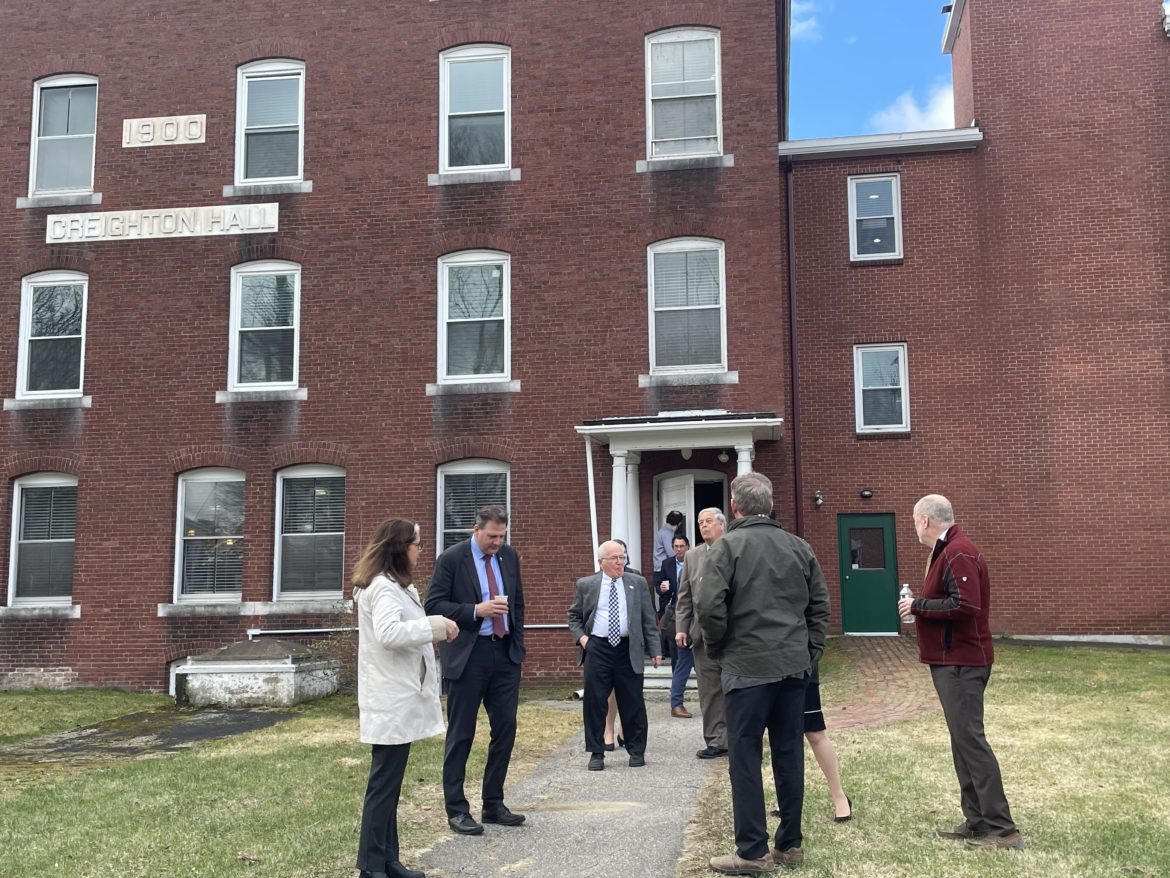 What could become the campus of a new veterans housing and retreat center along the rural banks of the Merrimack River at the former Daniel Webster homestead was toured by the state’s Executive Council and Gov. Chris Sununu Wednesday morning.

“It was a really great breakfast,” said Sununu after the breakfast meeting.

Easters Seals New Hampshire, which owns the aging buildings and 15 acres of the former Webster Place property, proposes mixed housing, supportive services, and a retreat campus off Route 3 near the Boscawen and Franklin town line.

Several weeks ago, the council approved $23 million in federal American Rescue Plan funds for the project.

Maureen Beauregard, president, and chief executive officer of Easter Seals, along with Chris Miller, senior vice president for property management and housing development, gave an overview of the proposal and a tour of aging brick buildings on the property after the Council met for breakfast there.

The current plan is to create 30 to 40 units of permanent supportive housing and a retreat center for the military and veteran community.

The property contains amenities that would help in the health and wellness of residents and guests, Beauregard, said and there would be opportunities to access therapeutic recreational opportunities.

The property was once the home of Daniel Webster, who Miller noted, paid for his education at Dartmouth College in sheep from the farm.

The property became an orphanage and was then vacant for years. But a plan by developers to greatly change the rural nature of the property got the attention of Alex Ray, owner of the Common Man Family of Restaurants, who created a substance abuse rehabilitation center and then handed it over to Easter Seals which operated it in that manner for a few years.

The property’s buildings have been protected from the elements with new roofs but need substantial rehabilitation, the Council learned as it toured the brick structures with peeling interior paint.

Retreats and respite would be accommodated in the Creighton-Mack Building.

Site amenities, the Council was told, include a pool for sports, an amphitheater, basketball court, archery range, fire pit, climbing wall, equine therapy in a barn, pet therapy in a kennel, and access to the Northern Rail Trail, which goes through the property, winter sports, fishing opportunities and the property has a large stand of maple trees and a sugar house.

The property would be the site for behavioral health services, mental health, and substance misuse treatment.