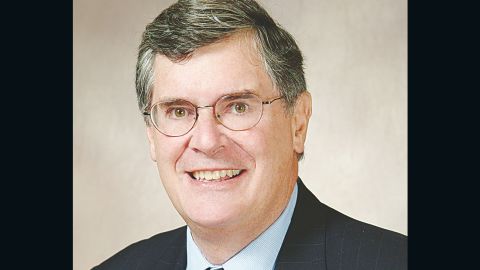 As we near another Earth Day, it’s a great moment for self reflection on how we individually and collectively are working to protect our planet’s natural resources and the health of its inhabitants. As proud members of the Democratic Party, environmental protections have been a cornerstone of our beliefs. Ensuring clean air, clean water, healthy environments and soils are central to our party platform and have been an area of great pride and accomplishment for New Hampshire Democrats.

Yet despite the campaign website promises and lip service, NH Senate Democrats are poised this week to kill a bipartisan environmental protection measure. This legislation, HB 1454, is a simple bill that replaces our state’s arbitrary and one-size-fits-all 200 ft setback requirement with a science-based calculation for how close any particular landfill should be sited next to a body of water.  Various other states use similar setbacks and HB 1454 would ensure that new landfills would be far enough away from a body of water that polluted groundwater could not reach it for at least five years, thereby giving communities a fighting chance to detect, map, and begin to divert the contamination before it becomes irreversible.

The NH Department of Environmental Services (DES) has used an archaic and grossly unprotective landfill siting setback for decades. Under the current requirement, a landfill could be sited a tad more than half a football field away from the Merrimack River, Lake Winnipesaukee, or the Atlantic Ocean.

This close proximity is despite the fact that a typical landfill can produce more than 4 billion gallons of toxic leachate over the first 30 years of its lifetime, enough to fill every public swimming pool in the entire United States.All landfills, even so-called “state of the art” ones, eventually leak underground, and this toxic sludge, which could be coming to a drinking supply near you, contains high levels of PFAS along with a staggering list of many other contaminants.

When did Democrats begin to reject science-based findings and sensible environmental protections?

As New Hampshire waste operators continue to import more and more trash from Massachusetts, which now accounts for almost half the trash disposed of in our state, we begin to hear whispers around the State House relating to corporate threats of “increased prices” due to “capacity issues” if this simple environmental protection becomes law. Somehow, these truly desperate scare tactics, which have been repeatedly refuted by expert testimony, have taken root with some members of the Democratic party. Let’s be clear: requiring landfills to be sited sensibly will have no impact on the supply of, demand for, or price of trash disposal.

HB 1454 is not about preventing landfills from being developed; it’s about preventing bad landfills from being developed too close to your town’s drinking supply or your family’s favorite recreational spot. Terrible sites—in soil so porous that a lake or river could be contaminated within weeks of a leak or mishap—are in the minority, but without proper criteria in place, they will be the norm.

HB 1454 passed the House Environment Committee with bipartisan support, and passed the full House with a non-controversial voice vote.  Now in the NH Senate, despite having already gained the support of several key Senate Republicans, this legislation will be killed unless the “party of the environment” sticks together and works towards the ideals of Earth Day that they all say they believe in.

Peter Burling of Cornish was a state representative from 1988-1994. He then served as Democratic leader of the House from 1996-2004, when he moved to the Senate.  He also served on the Business Finance Authority and as chair of the Rail Transit Authority. He continues as a Democratic leader in the state, raising funds for the election of Democrats.

Andrew Bouldin of Manchester is a Democratic State Representative for Hillsborough – District 12. He serves on the House Environment and Agriculture committee.