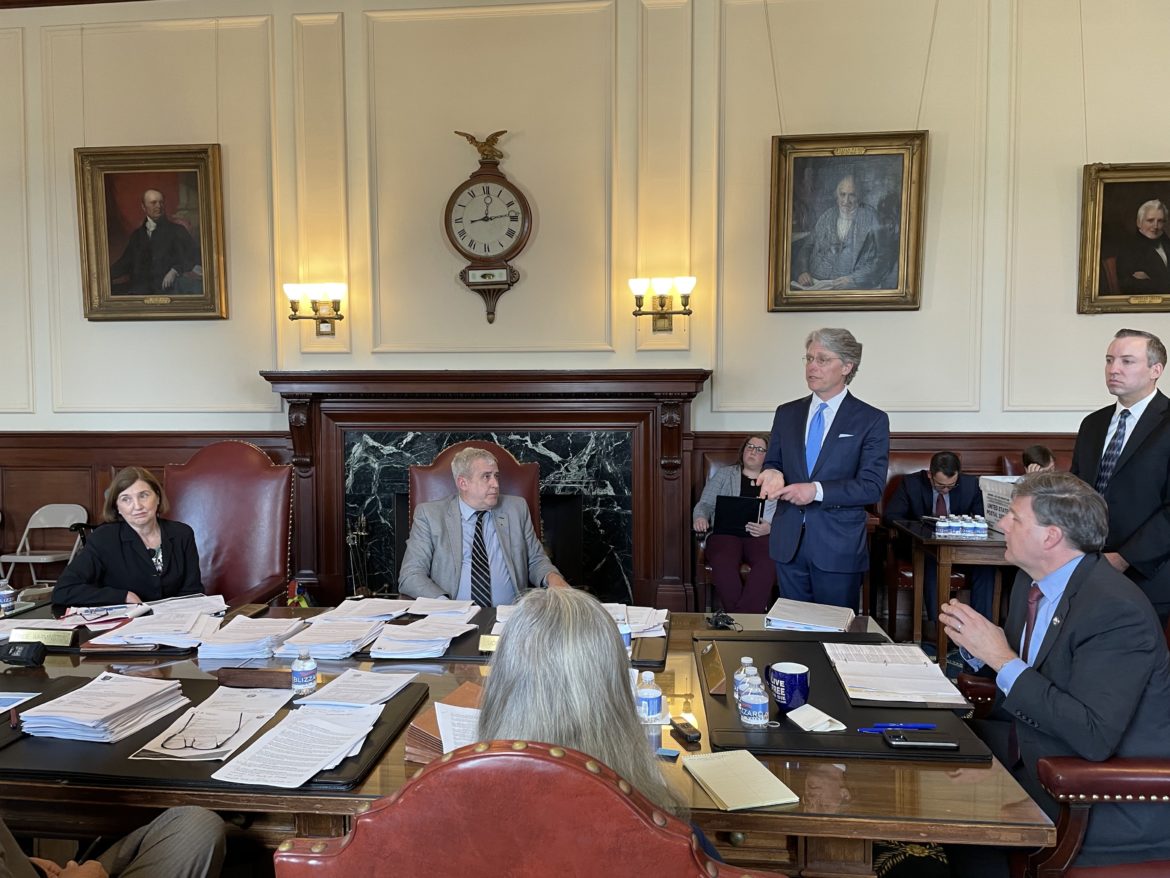 CONCORD – Gov. Chris Sununu’s plan to create a rapid, statewide, $100 million fund to develop low- and moderate-income housing and another plan to address the state’s mental health crisis with a new hospital at Hampstead for children, both using federal one-time dollars, were tabled by the Executive Council Wednesday.

The Council voted to hold off on the housing fund to get more assurances that the money would go to low-income projects and members also said they had more questions about Hampstead Hospital.

Commissioners will need more flesh on the bones of its proposals before it is approved, councilors said.

Executive Councilor David Wheeler, R-Milford, said there were only two pages of detail for a $100 million request and lots of questions about qualifications.

Executive Councilor Cinde Warmington, D-Concord, said there were no assurances in the documents that the money would be used for low- to moderate-income housing.

“I am hearing from a lot of stakeholders and municipalities that are concerned about the lack of affordable housing and workforce housing and really want to make sure that this $100 million goes to that problem and the concerns are that the guardrails are not in place to make sure that happens,” said Warmington after the meeting. “And that this money is not spent on luxury housing or market-rate housing. So I think taking a step back and making sure that we have all the details we need, making sure that the stakeholders have been engaged to me is a really important part. This is once in a lifetime money, let’s get it right.”

Sununu has said he would like to have the program ready to go by June and though this may delay implementation by at least two weeks, he said he could understand as a former Councilor, their wishes to get all the details out there and their questions answered.

The contract was sole-source, meaning it did not go out to bid. Some Councilors, particularly Wheeler and Ted Gatsas of Manchester, both Republicans, expressed concern that they had only a few days’ notice to review the details of the large contract and the details.

Lori Shibinette, the commissioner of the state Department of Health and Human Services, said the sole-source contract was identified seven months ago to the Council as the fastest way forward than the lengthy bid process and it was expedited to address the Council’s concerns that there is a mental health boarding crisis in the state where emergency rooms are being used for children who need crisis care. The state bought the facility in Hampstead which has been for both adults and youth and plan to make it a children-only facility.

NEW FISH HATCHERIES
The Council did approve $55 million in other federal American Rescue Plan funds to start to redesign, construct, and consolidate its six fish hatcheries within the New Hampshire Fish and Game Department.

The money would be used to help clean up the water from the fisheries that enter natural flowing rivers and streams and update the process of raising fish with some of the state’s six hatcheries being over 100 years old.

The state raises and releases 1.4 million trout a year along with salmon. They are what gets anglers to buy fishing licenses to catch them, in addition to other species, the Council was told. It is estimated that recreational fishing contributes $100 million in annual spending in the state from the more than 200,000 licensed anglers.

Scott Mason, executive director of Fish and Game, said in 2020, the state found it had a problem at its Powder Mill hatchery in New Durham which discharges into the Merrymeeting River.

The river was being impacted with high phosphorous and the federal Environmental Protection Agency asked for changes in discharge, Mason said.

There is a process of a study in place and the Powder Mill hatchery will be handled separately.

But the plan is to meet other standards at the other fisheries, the state should go to a more cone-shaped pool to raise the fish rather than flat bottomed, allowing feces to be more easily separated from the wastewater.

He said the EPA has indicated it would next look at the Berlin hatchery which is likely to have similar problems to New Durham.

The request, approved already by the Joint Legislative Fiscal Committee, is to design three new hatcheries and likely go to the state’s general fund for more money to consolidate and improve the others.

Mentioned were the facilities in New Durham, New Hampton, and Berlin.

“It’s important…You have to stock the rivers and streams in the state…there is a demand out there, governor,” Kenney said.

BOUCHARD HONORED
Retiring New Hampshire Administrative Services Assistant Commissioner Joe Bouchard received state commendation from the governor, an award from the National Guard, and a standing ovation at the beginning of the Council meeting.

Charlie Arlinghaus, flanked by the senior leadership of his department, noted Bouchard’s first job was picking potatoes at the age of six in Aroostook County, Maine. That ethic of hard work lasted his whole career including more than 20 years with the state.

“Everyone who works with Joe knows the kind of person he is and the strength he brings,” Arlinghaus said.

He retires on May 1.

“He means a lot to everyone here,” Arlinghaus said. “Everything he touched, he made better…if your hair was on fire, you could go to Joe.”

“On behalf of the state, ‘Thank You,'” said Arlinghaus.

Bouchard thanked all. He said the role is mostly unnoticed and said the department works behind the scenes to make sure that every item coming before the Council is fully vetted.

DRONE FOR TRANSPORTATION TABLED
The Department of Transportation has one drone to help them and requested another for quick assessment of damage in natural disasters and the rapid ability to do LIDAR surveying, among other benefits, highway officials said.

Wheeler said he wanted to know what the state would get for its $167,000 and there were some other questions.

The unmanned aircraft system contract is proposed between the DOT Bureau of Aeronautics with WSP USA Inc. of Merrimack.

GUARDIAN APPOINTMENT FUND
The Council approved almost $1 million in a memorandum of understanding with the New Hampshire Judicial Branch to improve the processing of Involuntary Emergency Admissions cases by the circuit court.

Gordon MacDonald, chief justice of the New Hampshire Supreme Court, said the funding would be used to provide hearings for people within three days and would be set up to do that in emergency rooms in compliance with a court order last year which found that people were not being given probable cause hearings in a timely basis.

Warmington said she was happy to see that the contract was in front of the Council, following last May’s Supreme Court ruling against the state.