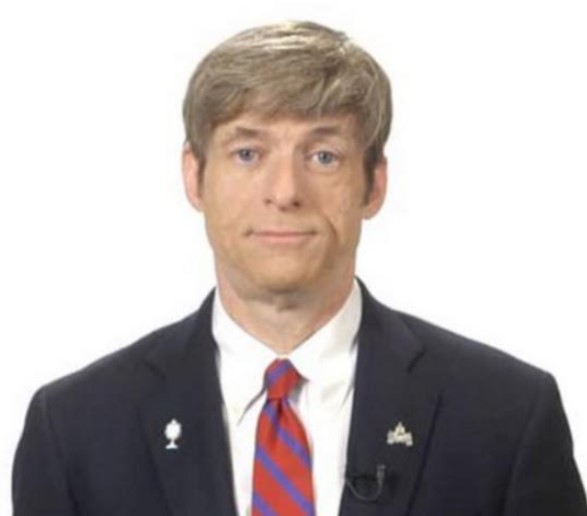 DeLaire is suing Voris, his Michigan-based Church Militant media company, and Church Militant writer Anita Carey over a series of articles that accuse the high-ranking priest of being incompetent, corrupt, and emotionally unbalanced, among other claims. Up until recently, it was not known that anyone other than Voris or Carey reported on the disputed stories.

Voris tried to keep secret the fact that this mystery writer authored the controversial articles on the Church Militant website, according to recent filings in the federal defamation case. Now, de Laire wants to add the writer to the lawsuit as a new defendant.

“Defendants have now conceded that (i) they failed to disclose the true identity of the author of the article to their readers, (ii) they have no idea what, if any, actual ‘sources’ the author did or did not have for the libelous statements over which Father de Laire is litigating, and (iii) they have no knowledge, personal or otherwise, of the truth or falsity of the libels at issue. With these shocking disclosures, Defendants have put the proposed new defendant front and center in this lawsuit,” de Laire’s attorney wrote in a new complaint filed in the United States District Court in Concord.

The new complaint redacts the name of the author for now, as Voris seeks to keep their identity secret under confidential news gathering privilege. According to de Laire’s filing, the author is someone known to both Voris and the head of the Richmond, N.H., Saint Benedict Center, Louis “Brother Andre” Villarubia.

The Saint Benedict Center and the group known as the Slaves of the Immaculate Heart of Mary are at the heart of the libel case. The renegade religious group is the subject of diocesan and Vatican discipline because of their unorthodox views on salvation, and also years of alleged anti-Semitism. Villarubia recently shared on social media a debunked story of a saint that perpetuated the “blood libel” myth, which accuses Jewish people of using the blood of murdered Christian children to make Passover bread.

Voris and his legal team have not had much success so far in the litigation. He’s failed twice to get the case dismissed, and he was recently ordered to pay close to $6,000 in de Laire’s legal fees for essentially wasting time pursuing overly broad and improper documents for requests. These actions prompted Judge Andrea Johnstone to state that Voris and his team did not appear to understand defamation law.

The lawsuit states that Voris started his campaign against de Laire in January of 2019 after the diocese barred the Slaves of the Immaculate Heart of Mary from calling themselves Catholic and put the group under discipline.

The Slaves are considered a hate group by the Southern Poverty Law Center.

Voris and his Church Militant company started covering the issue of the discipline against the Slaves after the precepts were published, and the diocese advised Catholics in good standing to stay away from the Slaves. Voris, who is based in Michigan, even traveled to New Hampshire to interview members of the Slaves at their compound in Richmond. Voris did not interview de Laire or any priest in the diocese as part of his reporting, according to the lawsuit. But, it now seems, he relied on someone else to provide the unvetted allegations against de Laire.

“In an initial article, published in January of 2019, Mr. Voris published multiple knowingly and recklessly false statements concerning Father de Laire’s work performance, his fitness to serve as a member of the clergy, his ethics, and other personal matters. These statements were first published in January of 2019 with no attempt to first interview Father de Laire, with little or no investigation, and despite Defendants knowing that what they were publishing was not true,” the lawsuit states.

In subsequent videos and articles, Voris and Church Militant claimed de Laire is not trusted by other priests in the diocese, that he does not do his own work, and that there have been at least three complaints filed against him. The articles also claim de Laire in known to be incompetent by Catholic officials in the Vatican. According to the lawsuit, none of these assertions is true.

“As with all other of the statements in the article, Mr. Voris did not cite a source for this statement, and, upon information and belief, his allegation was fabricated and not corroborated by anyone in Rome, as Father de Laire has always completed all of his work with utmost competence, once again, as evidenced by his reappointment to his roles as Judicial Vicar and Vicar for Canonical Affairs,” the lawsuit states.

In the legal filing, de Laire has promised to disprove the allegations from the articles. One of the articles tried to make an issue out of de Laire’s purchase of a home in Amherst valued at more than $1 million. It has since been reported that de Laire comes from a wealthy family, and he purchased the home with his own money for his elderly mother.

Church Militant is politically conservative, likening former President Donald Trump to Emperor Constantine, and it is also known for its near “obsessive” focus on homosexuality in society at large and within the Catholic Church, according to the Southern Poverty Law Center.

“Church Militant focuses on homosexuality with an intensity and frequency bordering on obsessive,” the SPLC report states.

Voris admits to being in homosexual relationships in his 20s and 30s, until he experienced a religious epiphany.

Voris has also been criticized for his opinions on Jewish people. He claims that Judaism as it is currently practiced is not real Judaism, and is instead a man made creation. This helped get him banned from speaking at a Pennsylvania diocese in 2011. His home diocese of Detroit ordered Voris to stop publicly using the word “Catholic” in his company name, and he changed the name from Real Catholic TV to Church Militant.