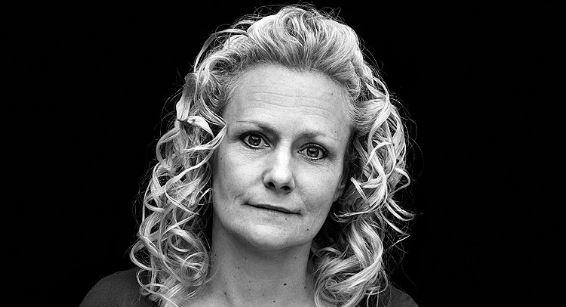 Convicted accomplice to murder Pam Smart says the Executive Council violated the state Constitution when it refused to even consider her latest request for a pardon.

Smart is serving a life sentence without the possibility of parole for her role in the murder of her husband, Gregg Smart. The men who carried out the slaying as teenagers have all been released from prison, but Smart remains behind bars.

Last month, the Executive Council refused to even consider her latest request for commutation, siding with the New Hampshire Attorney General’s Office.

Now, Smart’s attorney, Mark Sisti, has filed a writ of mandamus demanding that the Council be ordered to consider her request. According to Sisit’s filing, holding Smart without even considering her request violates the state Constitution.

“The New Hampshire Supreme Court has indicated that life-without-parole sentences do not violate the state constitution because inmates always have a chance for a pardon,” Sisti wrote. “However, the Council’s refusal to even consider her petition for commutation indicate that Ms. Smart’s chances for a pardon are essentially non-existent. To the extent that she has no chance for a pardon, her life-without-parole sentence violates Article 18 of the state constitution.”

Sisti filed the writ with the New Hampshire Supreme Court on Friday under the Supreme Court Rule 11(6). That rule identifies three potential outcomes for the next step.

Smart has been seeking release from prison for years. Her latest bid before the Council included 180 letters of support, some dating back almost 20 years.

Smart claims that she’s grown and changed, and found a more personal and deep relationship with God, though she didn’t exactly take responsibility.

“It is my sincere hope that my words will promote healing in your lives,” she wrote.

In prison, she has earned her doctorate in ministry.

Associate Attorney General Jeffery Strelzin told the council he objected to the request, as did Tina Nadeau, chief justice of the Superior Court. Strelzin told Council members it is unclear to him what Smart was admitting to in her new request.

Strelzin wrote in his response that pardons and commutations are “an act of executive grace” and should be reserved for those very rare cases where the circumstances are exceptional and justice absolutely requires overturning a jury’s verdict or a judge’s decision, such as when there has been a clear miscarriage of justice.

“This case is not one of those,” Strelzin concluded in his 54-page request for denial of a commutation hearing.

An email from the Attorney General’s Office said: “The New Hampshire Department of Justice would not comment on pending litigation other than to say that we have received the filing, are currently reviewing it and will respond appropriately in court. However, we would note the recent objection we filed relating to this matter with the Governor and Executive Council.”

Gov. Chris Sununu has said he would veto any proposal to release Smart.

Smart was a school media coordinator when she was convicted for using sex to coerce her teen lover Billy Flynn to kill her husband on May 1, 1990, in their Derry condominium. Flynn had help from three Seabrook friends, and made the murder look like a robbery. Smart was at a school board meeting during the murder.

Smart has admitted to the affair with Flynn, but has always maintained her innocence in Gregg’s murder.

The lurid case became the subject of the book, and later movie, “To Die For.”