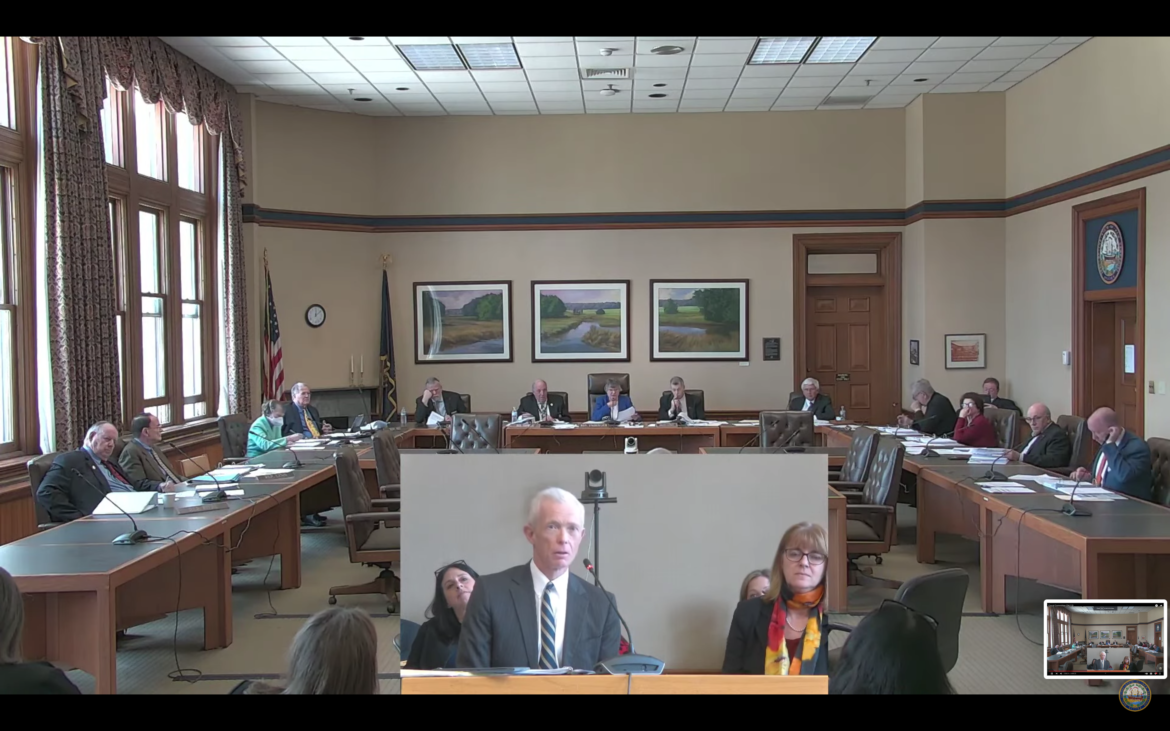 CONCORD —  The court system will use $2 million in American Rescue Plan Act money to establish a dedicated court for those in mental health crisis languishing in hospital emergency rooms.

The Joint Legislative Fiscal Committee Friday approved accepting the $2 million for the project and two new circuit court judges to oversee the probable cause hearings required for those committed involuntarily to New Hampshire Hospital or another receiving facility.

Last year, the state Supreme Court ruled state law requires a probable cause hearing within three days after a petition is filed for involuntary treatment, while some adults and children in mental health crises were held in hospital emergency rooms for weeks until a bed opened at the New Hampshire Hospital or other certified receiving facility.

Friday there were 15 adults and 19 children waiting for a bed to open.

Supreme Court Chief Justice Gordon MacDonald told the committee the federal money will be used to establish a central court with two judges and four staff dedicated to holding probable cause hearings for those involuntarily committed within three days.

A pilot program since March 21 with local circuit courts held 176 hearings and only two were outside of the three-day window, he said.

But MacDonald said the program was not sustainable and they decided to centralize the program to make it more responsive and efficient.

“This will assure due process for the patients and efficiencies in the system,” he said, “to do this in one place with a (statewide mental health) docket.”

The program will also establish remote communications systems with hospitals in order to hold the hearings and additional money to pay attorneys for patients.

MacDonald said the court expects to process about 2,600 cases annually under the program.

“Today’s action will reduce the number of patients waiting for mental health care in hospital emergency departments,” said Gov. Chris Sununu after the committee’s vote. “Our work is not done, and we remain committed to increasing capacity in community-based services and even further improving access to mental health care for children, youth, adults, and families in crisis.”

The $2 million in federal money will set up the system and cover costs through the remainder of the biennium which ends June 30, 2023.

The court system’s budget for the next biennium will include the program but state general funds will have to cover the costs, not one-time federal money.

“The Circuit Court’s proposal to create a statewide, centralized mental health docket with dedicated judicial and staff resources will transform the processing of involuntary emergency admissions requests,” MacDonald said. “We believe this approach will ensure the rights of patients are protected and will help provide a permanent and sustainable solution to the longstanding emergency room boarding issue. We are prepared to move forward as quickly as possible on its implementation.”

This plan will result in significant efficiencies through dedicated staff, will avoid dismissals of petitions due to logistical challenges, and will do so while protecting the rights of patients, according to a statement from the governor’s office.

The new system was developed through a collaborative effort among Sununu, MacDonald, Circuit Court Administrative Judge David King, DHHS Commissioner Lori Shibinette, hospital leadership and clinicians as well as other stakeholders, according to the statement.