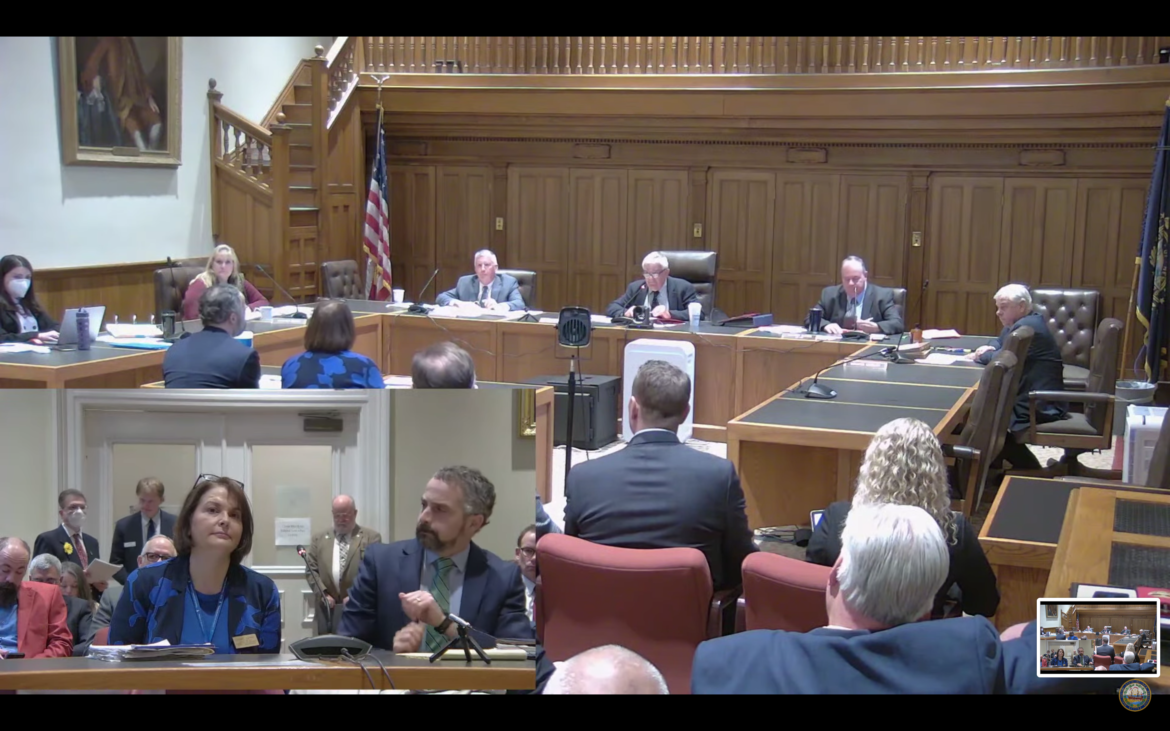 CONCORD — The state’s not-yet-begun paid family and medical leave program is on the chopping block for some Republicans.

House Bill 1165 to eliminate the program passed the House on a close 172-164 vote and had a public hearing before the Senate Commerce Committee Tuesday.

Bill proponents called the plan a new social entitlement and said it would create a monopoly for the winning bidder and harm the health and disability insurance market.

The program was included in Gov. Chris Sununu’s proposed budget plan last year, and has been one of his priorities this session.

The program was removed by the House in its budget but added back by the Senate, which prevailed in the budget committee of conference to remain part of the package.

The House passed the bill to eliminate it last month just before the state issued a request for proposals to insurance companies to bid on the plan that would use the 10,000 state employees as the initial base group with premiums paid by the state.

Larger companies would receive a 50 percent tax credit if they paid the full premiums for their employees and individuals in smaller companies could join the program with their premiums capped at $5 a week if their companies do not join the leave program.

Under the program a person out on family leave, such as someone with a newborn baby, or for a medical issue, would be paid 60 percent of their wages for up to six weeks.

While previously Sununu vetoed several paid family and medical leave bills that were funded through a premium payment by employees — which he called it an income tax — his program allows businesses, non-profits and individuals to opt in once the program is established and serves the 10,000 state employees.

Sununu proposed a similar program two years ago with the state of Vermont, but the proposed two-state agreement never found enough support in either state’s legislature.

Supporters of the bill to kill the program said the paid leave program never should have been in the budget because not only is it not necessary, it will expand to other public employee groups, and there is no cost estimate.

“This is not a Republican issue, nor a conservative issue,” said one of the bill’s sponsors Rep. Leonard Turcotte, R-Barrington. “This is a very liberal issue.”

He noted in the House, almost all of the Democrats voted to kill the bill, while most of the Republicans voted for it.

Turcotte said the program was never mentioned as one of the Republicans’ accomplishments by the governor, senate president, or house speaker at a meeting he attended soon after the budget passed.

And it was not mentioned in a Senate Political Action Committee mailing touting its accomplishments, he said.

“The 11,000 state employees will receive this benefit on the backs of the taxpayers,” Turcotte said. “What it costs we don’t know. We passed this without knowing the cost.”

He said the program will cost “a huge amount of money to incentivize employees not to work. It just does not make any sense.”

Turcotte said over time it will be a taxpayer-funded social benefit for public-sector employees.

The bill’s prime sponsor, Rep. Andrew Prout, R-Hudson, predicted once the program begins, it will quickly expand to municipal, school, and county employees who will want a similar benefit to their state counterparts.

“An un-negotiated free gift to state employees will not go unnoticed and that means the local property taxpayers will be left holding the bag,” Prout said.

He said there is no need for the program and it would best be left to the free market, not create another government program with a thumb on the scale.

But state agency officials said the program will help people who need to have time off to take care of family or their health.

Chris Nicolopoulos Commissioner of Insurance Department called the program a good New Hampshire solution, noting family and medical leave programs were passed in the past with an income tax, but this one provides a program in another way starting with a base of 10,000 state employees.

He said the request for proposals went out several weeks ago, and when the responses are opened May 4, they hope for multiple proposals.

Nicolopoulos said they believe the program will begin Jan. 1 as anticipated.

Administrative Services Deputy Commissioner Catherine Keane was asked by Sen. William Gannon, R-Sandown, if they had a “ballpark” of what the program would cost.

She said they do not know what it will cost now and going to bid will help them “understand what the cost is.”

Gannon said he represents a lot of medium-to-low income residents and they expect him to be responsible with every tax dollar.

Keane noted if an employer opts in or chooses not to opt in, then an individual can access coverage, which would help low-income individuals protect their wages.

Richard Lavers, Deputy Commissioner Department of Employment Security, said that is the beauty of a competitive bid, because they all know some other company wants to provide the service too so they keep costs down.

He said New Hampshire has experienced a significant influx of people 24 to 35 years old as a result of the pandemic and people fleeing urban density to more rural areas.

Lavers said the group coming to New Hampshire is much younger than the ones moving to Vermont and Maine, and the family and medical leave program would help retain the young workforce.

And he noted the risk would be on the company who wins the contract and they would also administer the program as well.

Rep. Jess Edwards, R-Auburn, said he was ambivalent about the bill, noting the leave program was one of a number of policy issues included in the budget in order to win enough votes to pass the House.

If the bill had been introduced separately and gone through the committee process, it would have been evaluated and the approximate cost would be known, which would have built more “organic support,” which Edwards noted it lacks now.

“We’re less than a year away from having to submit a new budget and whether we get a budget passed will depend on the credibility of the people in this room,” Edwards said.