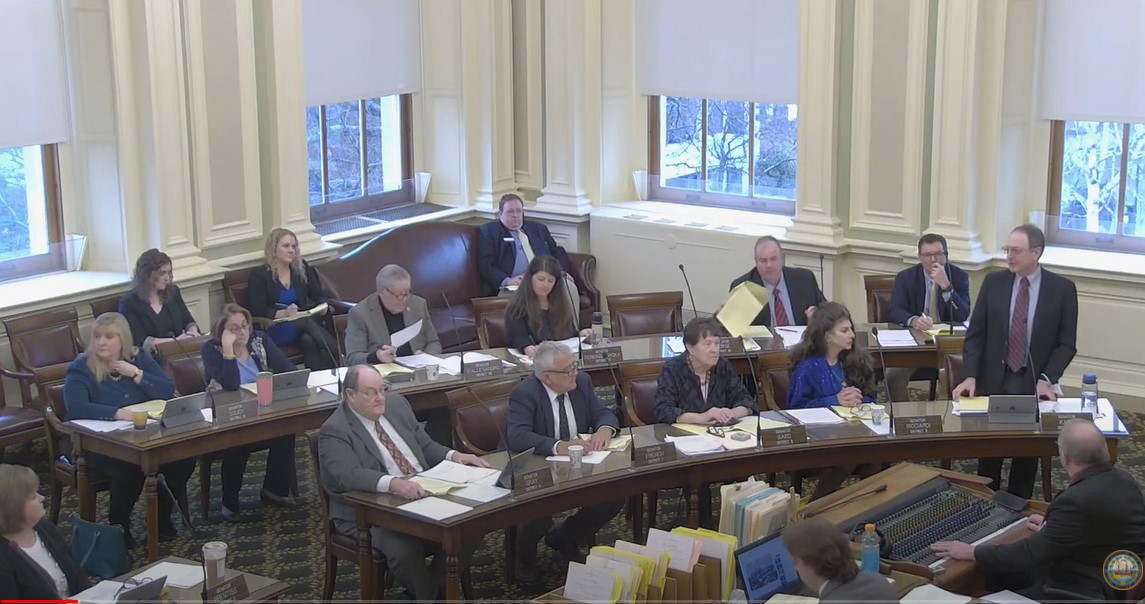 It would have required the education commissioner to use the highest average daily membership in residence for school years 2020, 2021, and 2022 in calculating adequate education grants for fiscal year 2023.

“If we take away nothing else from our debates on public school funding this session, take away this, we need to agree upon a rational approach to funding and distributing state aid to public schools,” said Kahn, a Keene Democrat.

“Our schools are facing a $34 million reduction in state funding from FY22 to FY23 which is only exacerbated by the patchwork of education funding sources that are continuously being picked away at,” Kahn said.

Kahn said he was disappointed. “My Republican colleagues have demonstrated where their values are on education.”

Kahn said it’s clear during the two-year biennium, the budget decreased in state funding for education.

He said the state will spend no less than $8 million this year and $16 million likely next year or a total of $24 million on school vouchers that were estimated to cost $3.3 million.

“There is a wealth of evidence that early childhood programs like pre-kindergarten education have long-term positive impacts on children’s health and wellbeing. The amended version of SB 453 would have simply created the necessary infrastructure to accept the anticipated federal funding for early childhood education. Today, Republicans refused to support our children and families at one of the most critical times in their lives,” Sherman said.

Sen. Ruth Ward, R-Stoddard, disagreed with Sherman. She issued the following statement regarding the defeat of SB 453:

“This bill creates a new statewide, pre-Kindergarten program with hypothetical funding and no way to pay for it if the funding does not appear.  This will force our cities and towns to raise property taxes which would be unwise and unfair.”

The Senate also voted 21 to 1 to pass SB 420 to lower property taxes by establishing $24 million in new grants in addition to regular adequacy funding.

Sen. Erin Hennessey, R-Littleton, issued the following statement on the passage of SB 420:

“Our goal is to identify those towns with the greatest needs, giving them property tax relief and increased aid for their students.

“This bill would direct an additional $24 million over two years to our neediest schools based on town property valuations and free or reduced lunch counts. The extraordinary need grants in SB 420 are on top of what cities and towns are receiving in regular adequacy aid contained in the budget. The grants target property poor towns and those that serve low-income families,” Hennessey said.