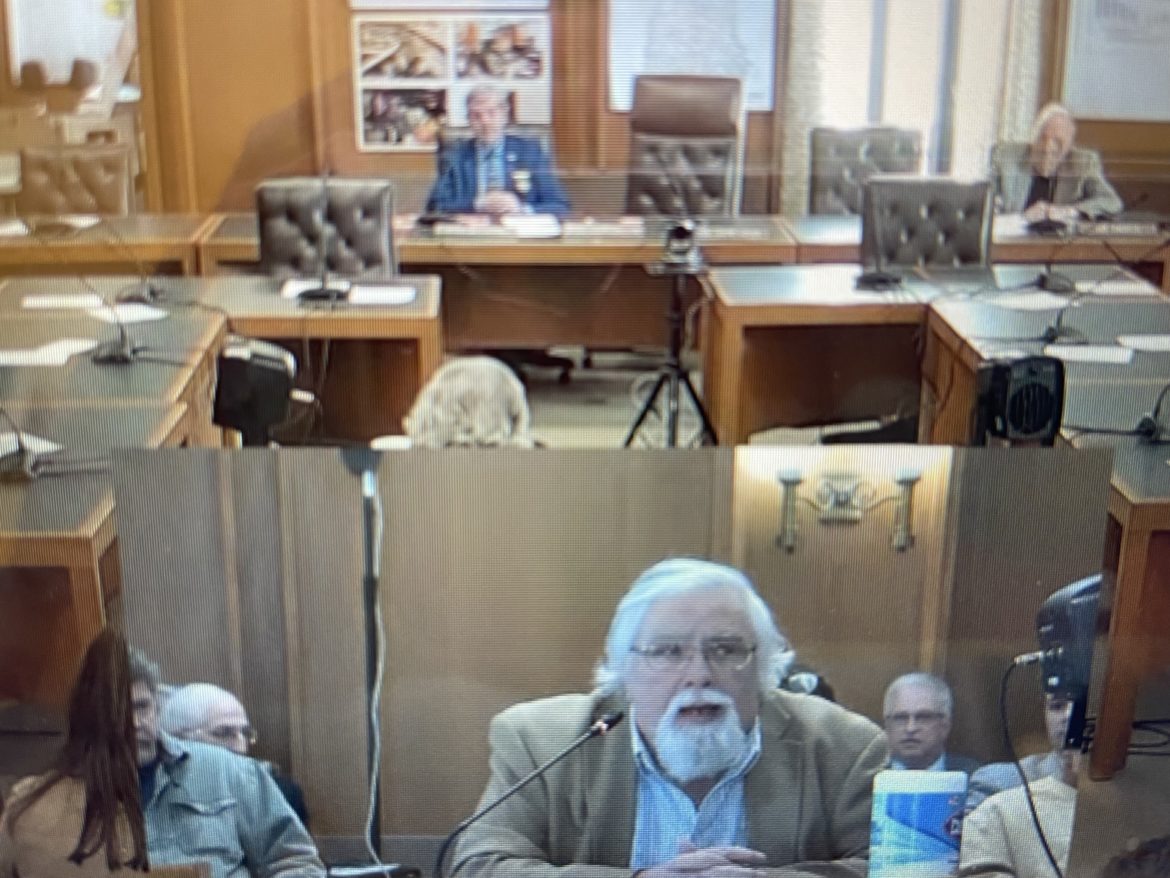 BY PAULA TRACY
CONCORD – The owners of all New Hampshire registered vehicles could get a $25 rebate check in the mail to help with rising gas prices. And the state could spend $35 million on a new parking garage for the legislature where the Department of Justice is now located in Concord, under a non-germane amendment to House Bill 1661.

The measures, introduced Tuesday, were discussed in a division of the House Finance Committee Monday, but no vote on the amendment was taken.

It would also have to be approved by the House and the Senate and signed by the governor to go into effect.

Legislators were told there are approximately 1.6 million registered vehicles that would be eligible for receiving the checks, including trailers and motorcycles.

The money would come from the state’s general fund as a one-time rebate, not from the state’s highway fund, said state Rep. Karen Umberger, R-Conway, who laid out the plan with Republican House Speaker Sherman Packard of Londonderry.

Rep. Rick Ladd, R-Haverhill, and chair of the House Education Committee, said he did not want to see the original bill https://www.gencourt.state.nh.us/bill_status/billinfo.aspx?id=1606&inflect=2 jeopardized because it is about advancing career technical education and getting more skilled people to work.
“Do it right,” Ladd said.

He was assured that the germane portion of the bill would be able to be passed one way or another.
The process of adding the non-germane amendment, specifically the parking garage, was objected to by Dan McGuire of Epsom on behalf of the Granite State Taxpayers Association.

He said this project should be thought through in the proper way and not a “legislative special thrown in for a quick vote.”

The plan could be to hold off a year and make it part of the capital budget but advocates for the amendment, including Packard, said the time is right now to replace the legislative parking garage at Storrs Street, which has exceeded its lifespan and is safe for about three more years.

And if part of next year’s capital budget, it could take almost a third of the money away that could be used for future state capital needs.

Terry Pfaff, chief operating officer of the General Court, said the state has long looked at the former bank building adjacent to the Legislative Office Building, which now houses the Department of Justice to be a parking garage.

The plan would be to demolish that building and create about 600 spaces of parking and perhaps a tunnel or a skywalk connecting the buildings.
It would be engineered and equipped to handle electric vehicles and those which in the future need no driver and handicapped needs of an aging legislature and it would have an appearance befitting the historic capital district.

City of Concord officials have been briefed and are on board, he said.
The construction would take two to three years, just about the time the Storrs Street facility, a block and a half away, would be maxing out its life span, said advocates.

The Department of Justice, including the Attorney General’s office, would need about 58,000 square feet to house its entire staff in one location or split them into various locations.
A potential site has been identified for relocation, conceptually at One Granite Place, the former Lincoln Financial building, said Commissioner of Administrative Services Charlie Arlinghaus.

He said it would likely cost about $1.25 million just to move the DOJ and about $20 million to buy a new facility to house them in Concord and one location being eyed called One Granite Place in Concord.

Umberger said the rebate idea came about as the easiest way to get the money out to people and if there were subcategories, say for tractor trailers versus motorcycles, it would get more expensive and complicated to draw up and send out the $25 checks.

Various department agencies including the Department of Transportation said it would be important not to draw from the state’s highway fund for the $40.1 million as it is not in as good financial shape as the state’s general fund revenues which are now exceeding projections.

The intent, Umberger said, was to make the cost break for residents only, not visitors or vacationers who go through the state’s tolls.
Packard said he does not think the new legislative garage can wait another year.