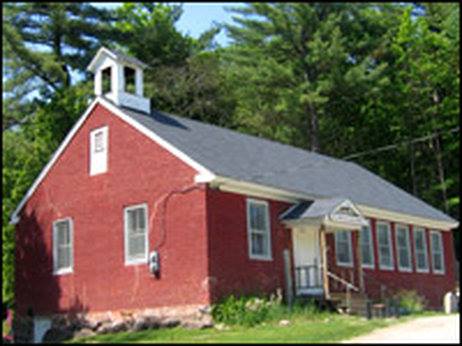 Free Stater Ian Underwood’s successful motion to cut the Croydon school budget in half from $1.7 million to $800,000 Saturday has the school board scrambling to make the new numbers work and some folks in town furious that it is binding.

The vote last Saturday at the annual school meeting that passed the budget cut was 20 to 14 in a town of about 800 people with 500 registered voters in western Sullivan County.

The town is between Grantham and Newport. Two years ago, Croydon got rid of its tiny police department and is now covered by State police.

Ian Underwood is a selectman in town and said he helped in the process of eliminating the police department. His wife, Jody Underwood, also a Free Stater, is chairman of the school board, he said.

“I wasn’t sure it would get a lot of support,” Ian Underwood said of his motion to cut the budget. “I had brought it up the year before providing them with a budget instead of waiting to be presented with a ransom.”

Underwood said he moved to New Hampshire from Pennsylvania about 15 years ago as part of the Free State movement. He acknowledged that some see it as a negative label, but said once they understand it people see it in a more positive light.

In fact, he believes many of the voters in Croydon who are not Free Staters hold many of his same beliefs of more personal freedom and less government intrusion.

Many of the townspeople are tired of increasing school budgets, said Underwood, who doesn’t have children. He said he is friendly with the children of friends.

There are 24 students in the one room schoolhouse, the Croydon Village School in grades K-4, and the older students – about 53 – are tuitioned out to public and private schools in the area. The number is expected to go up by two in the lower grades and two in the higher grades next year.

Angi Beaulieu, a former school board member, is angry about the budget cut.

She was active while on the board implementing more school choice by making it possible for students in grades 5 to 12 to be tuitioned to public and private schools in the area.

“In my opinion, this jeopardizes the school choice program,” Beaulieu said.

The board meeting Monday night consisted of mostly angry parents and people upset by the vote, she said.

“There was lots of screaming. It was supposed to be a planning session” but it was opened to public discussion so people could express their opinions.

Estimates ranged between 60 and 100 of people who attended.

“It’s too bad they didn’t show up (Saturday) to vote,” Beaulieau said. “I’m pretty disgusted by the board.”

Beaulieu said like-minded people, including School Board Members Jody Underwood and Aaron McKeon and his wife Kristi McKeon, the town clerk and tax collector, have “inserted themselves into decision making positions.

“They have an agenda and it’s time the town starts” paying attention, Beaulieu said.

School Board Member Aaron McKeon said he is not a member of the Free State project, but said they do have some good ideas.

“Again, this wasn’t unexpected that he had some crazy idea, but the people seconded it this time and voted for it,” McKeon said.

McKeon acknowledged that with 34 people voting at the annual meeting with only 20 in favor made for major budgeting challenges this year, but one he plans to tackle head-on.

“I personally believe if other schools can do it cheaper we should be able to do so as well,” McKeon said. “We have to find a way to try and make it work. That’s the deal.”

School Board Chairman Jody Underwood said, “We have a mandate. We have two weeks to figure out how to educate all of our students with no cost to parents and tell the Department of Revenue Administration. That’s our deadline.”

She has a Ph.D in education and has done research on how teachers teach in the classroom besides her board experience.

The next meeting of the school board will be Tuesday at the Croydon Village School at 6:30 p.m.

She said one area she has looked into is using learning pods such as Prenda and Kai.

The cost would be about $5,000 per student and would be district run with a mentor guiding the program. More research needs to be done, she said.

“I want to keep school choice and we know we have to consider special education and running the building.

“We have to figure out how to do it,” Jody Underwood said.

Ian Underwood also serves on the board of the Foundation for New Hampshire Independence, which advocates New Hampshire becoming a sovereign nation.

“My goal is to make New Hampshire as independent as appropriate,” Underwood said, adding that doesn’t always mean secession.

According to the Free State Project website, it is a “mass migration of more than 20,000 people who have pledged to move to New Hampshire for liberty. By concentrating our numbers in a single state, we are maximizing our impact as activists, entrepreneurs, community builders, and thought leaders.”

Ian Underwood said Free Staters have no agenda other than living with more freedom with less government interference.