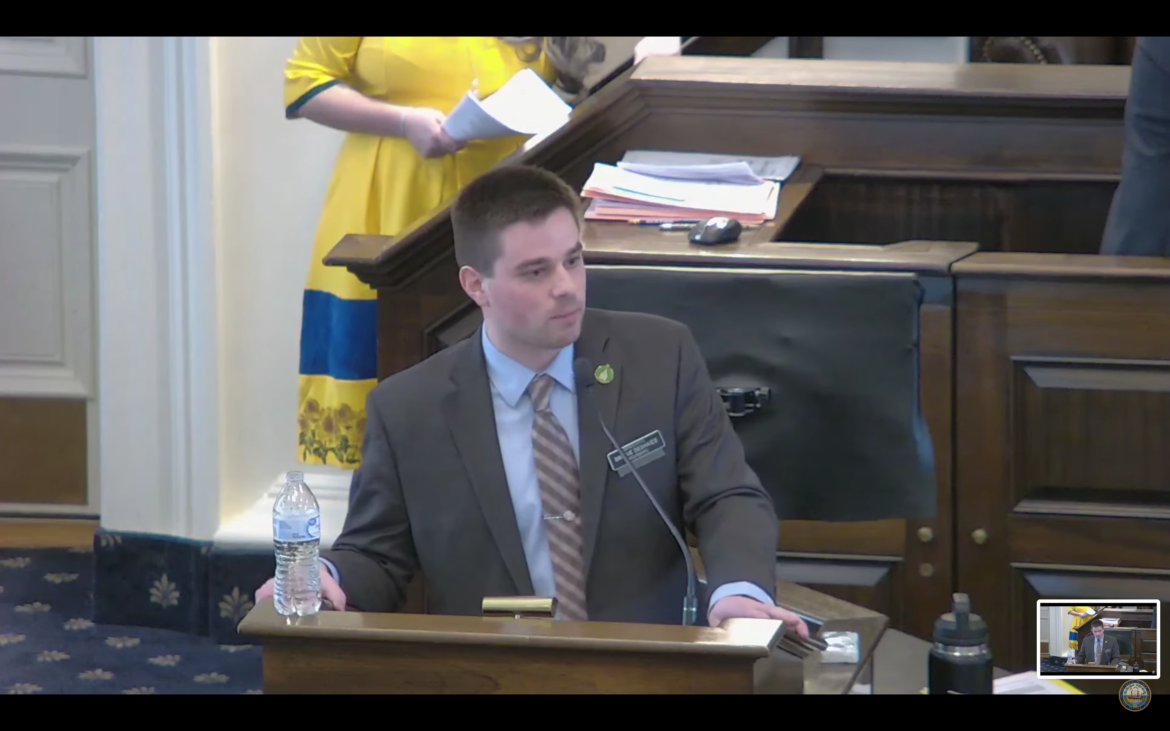 CONCORD — New Hampshire will not be leaving the United States and establishing itself as a nation any time soon.

The House Thursday overwhelmingly defeated a proposed constitutional amendment to “peacefully declare” the state’s independence from the United States and establish itself as a sovereign nation.

The debate over sovereignty on the House’s first day back in Representatives Hall in two years, was the first in a state legislative body in this country since before the civil war.

The state’s proposed secession was characterized as part of a growing movement around the country, although judging from the vote, it has not picked up much momentum in the Granite State.

Opponents said the proposal borders on insurrection and treason and goes against everything the country stands for.

Rep. Tim Smith, D-Manchester, said they share a communal heritage as the ninth state to ratify the U.S. Constitution to make the United States official.

He told of the state’s history in the Civil War and of the New Hampshire Regiment’s flag that hangs in the Hall of Flags in the State House.

“This transcends party, this transcends ideology,” Smith said. “We are Americans and we are from New Hampshire.”
The bill before the House would destroy the United States and take a star off the flag, he said.

“We all took an oath of office to defend the constitution,” he said. “This is beyond shameful, this is beyond disgraceful.”
Supporters used the Declaration of Independence to justify leaving the union, saying there is nothing in the constitution that prohibits a state from deciding to leave the union.

Rep. Matthew Santonastaso, R-Rindge, said a long-standing principle has been that government exists on the consent of the governed.

“There is not one New Hampshire citizen alive today,” he said, “who has consented to be governed by the federal government today.”

One day the United States will end just like the Soviet Union did in 1991, he said.

When the country’s economy  eventually collapses, the federal government will be unable to continue bribing the states, he said. “Divorce is going to happen, it is inevitable and we have the opportunity to get out ahead of it.”

There has never been a nation in history that has not dissolved, he maintained.

After he read a section of the Declaration of Independence about the need to break the established bonds to create their own union, Santonastaso said, to say the founders “created a government that contradicts the principles it was founded on is absurd.”

He said under the founding principles, they have a duty to throw off a government that oversteps its authority or does not seek the people’s consent.

He said a separatist movement is growing in this country in California and in Texas and in Idaho it has been suggested the red and blue states separate.

The union needs to split before it is too late, he said.

But Rep. Brodie Deshaies, R-Wolfeboro, said not only is secession a bad idea logistically, it is also a bad idea constitutionally as it violates both the U.S. and New Hampshire constitutions.

“Frankly, we are at a  historic moment not just in the State of New Hampshire,” he said. “This is the first time a legislative body has voted on binding secession since before the Civil War.”
Not only is it a terrible thing to do, Deshaies said it is clear only the federal government has the power to accept states or to set boundaries, not states.

The federal government must punish states and their leaders who try to secede, he said, and that leads to the question of the 14th amendment which says no legislature shall engage in rebellion against the constitution.

“Voting for New Hampshire’s proposed articles of secession could be determined by the New Hampshire House as rebellion against the U.S. Constitution,” Deshaies said. “It could be casting a vote to rebel against the union and, therefore, the same constitution establishing the perpetual union.”

This is not a referendum because the state does not have that policy, he noted and urged the House to protect constitutional government.

He said he would prefer not to have partisan attempts to have members who vote in favor of the proposed amendment be removed from the House under the 14th amendment.

Rep. Michael Sylvia, R-Belmont, said what is proposed is not rebellion or insurrection, which are both violent actions, but rather a deliberate, thoughtful and logical process.

He said the proposed amendment reinforces Article 7 of the constitution which declares “New Hampshire forever a free, sovereign and independent state not subject to the abuse of a distant illegitimate power.”

But Rep. Al Baldasaro, R-Londonderry, said Gen. John Stark would be rolling over in his grave to see what was going on today.

“I believe it is unconstitutional and embarrassing to get up here,” Baldasaro said. “We are Americans and we should stand tall.”

Representatives voting for the proposed amendment were: