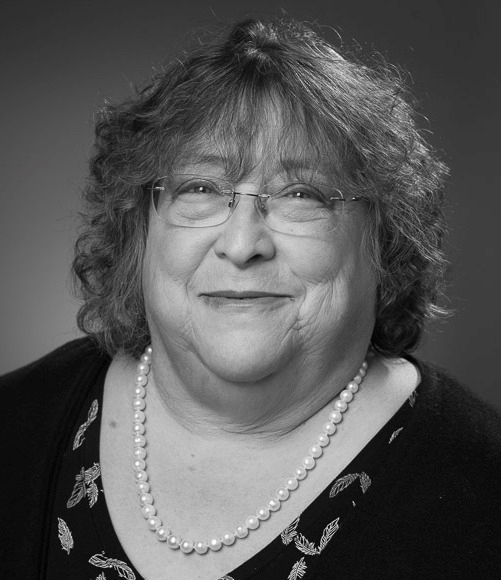 The 1980 national platform for the Libertarian Party, under a section entitled ‘Domestic Ills,” contained the following:

We advocate the complete separation of education and the State. Government schools lead to the indoctrination of children…Government ownership, regulation, and subsidy of schools and colleges should be ended.

We further support immediate reduction of tax support for schools, and removal of the burden of school taxes from those not responsible for the education of children.

Ed Clark and David Koch topped the Libertarian presidential ticket that year. They were considered kind of whacky. They didn’t fare very well.

David gave up his political career, and he and his brother Charles went on to found the Koch Foundation and Americans for Prosperity (AFP), spending their billions to lobby for their Libertarian principles in more subtle ways. They are based in Kansas.

The NH branch of AFP is quite active. They have contributed to the campaigns of many of my House colleagues. To get funding, candidates sign a pledge, which they take seriously.

The nice young woman who lobbies for AFP visits my new committee—Education—quite often, to tell us why AFP supports or does not support a bill we are hearing.

AFP also sent postcards and set up booths at public events, inviting people who homeschool or send their kids to private school to sign up for our new education voucher program. It worked well. Instead of the 27 kids Commissioner Edelblut predicted would sign up, close to 1800 have so far, causing the program to be close to $9 million over budget, and rising. We are told it’s not a problem—what’s a few million here or there. (The Legislative Budget Assistant, the non-partisan group which advises the legislature on all things fiscal, has told us we could be looking at a potential $70 million a year moving forward. No big deal?)

If you dig just a little deeper, you’ll find Koch money going to quite a few interesting NH places—directly or indirectly.

Take, for example, the Josiah Bartlett Center for Public Policy, a think tank here in the state. Andrew Cline is the president of that august organization—the same Andrew Cline who chairs the State Board of Education.

The Bartlett Center is a member of the State Policy Network, an arm of the American Legislative Exchange Council (ALEC) and has received funding from EdChoice, which distributes yellow scarves and advocates for school vouchers. Both get their money from—you guessed it—the Koch Foundation. Funny how that works.

Does this seem like a bit of a conflict? The chair of the State Board of Education is supposed to work to support our public schools. Having his paying-job rely on funding from organizations that encourage families to leave the public schools for greener, private pastures, seems somehow, well, off. But what do I know? I’m no ethicist.

I digress. Back to the Libertarians.

New Hampshire had always had a libertarian bent, which is one reason the Free State Project chose us for their libertarian experiment. They want to make us all more free, and get us out from under the government’s thumb. By seceding from the union, for example. And getting rid of public schools. (They even call them government schools. See paragraph 2 above. And more below.)

Free State members have a lot of power now in New Hampshire. One serves on the board of the Josiah Bartlett Center, another on the board of the Children’s Scholarship Fund, which administers the new school voucher program. Our majority leader came to NH as part of the Free State Project. Several others in high leadership positions did too. There are Free State members on all our committees, and they make their voices heard, loud and clear.

Jason Sorens, the founder of the movement, is now the Director of the Center for Ethics in Society at St. Anselm’s. They do get around.

The Commissioner of Education, and our Free State colleagues are big proponents of the school voucher program, which they lovingly call “education freedom accounts.” But of course, they would.

They try to sell them as helping poor kids have choices too, but they have brought several bills forward to raise the income cap to five hundred percent of poverty level, or to eliminate it altogether, making me wonder how a family of four earning $132,000/yr can be considered poor.

HB 20, the House bill setting up the program, was retained in committee last year, because there was much that needed fixing. But that didn’t stop the Senate from including their version in the budget bill—warts and all.

Democrats have filed bills trying to address the dangerous flaws, only to be told they are trying to kill the program with a thousand cuts.

A month or so ago, William Tucker (@miscellanyblue) unearthed a Libertarian Institute podcast, episode 653, broadcast on November 6, 2021. The guest was Jeremy Kauffman, who is listed as a member of the Board of the Free State Project.

He is talking about why the Free State Project will succeed in NH, and uses as an example, our school choice program. In it he says, and I quote, the program is a “steppingstone towards reducing or eliminating state involvement in schools” and acknowledges the “entire program is run by Free Staters.” He goes on to talk about how much money you can get per student, and that it can be spent on anything Free Staters approve of, because Free Staters decide who gets what. Listen for yourself. The link is below.

I have mentioned this podcast to my committee members, several of whom are Free State members, and to date, no one has come forward to deny or retract what Mr. Kauffman so clearly stated in November. What we have heard is that we should not worry about fraud, or lack of oversite, or background checks, or any of the other concerns Democrats have brought forth, because it was all taken care of in rules.

But the rules, too, were rushed through, over the objections of the non-partisan legislative lawyers, who urged caution.

Caution, however, has been thrown to the wind. Guess who chairs the committee which approves the rules?

Day after day in committee we hear testimony on bills that demeans and insults our public schools and those who teach in or oversee them. Public schools are portrayed as unsafe places where the mistreatment of kids and parents is the norm. Restrictions have been placed on what can be said and taught there; so far 35 NH public school teachers have been reported for potentially violating the divisive concepts law, also rushed through in the budget. There’s a simple form to fill out on the DOE website to help folks to report them; a national right-wing group is offering a $500 bounty for the first one caught who loses their license to teach.

“Freedom Accounts” will help you break free from this public-school jail and sending your child to private school or home schooling will solve all his problems. Private schools and home schools do not have to follow any state rules or regulations. A Libertarian dream come true.

See paragraphs 2 through 4. Suddenly, not so whacky.

New Hampshire has one of the best public-school systems in the country. Is this how you want it to end?