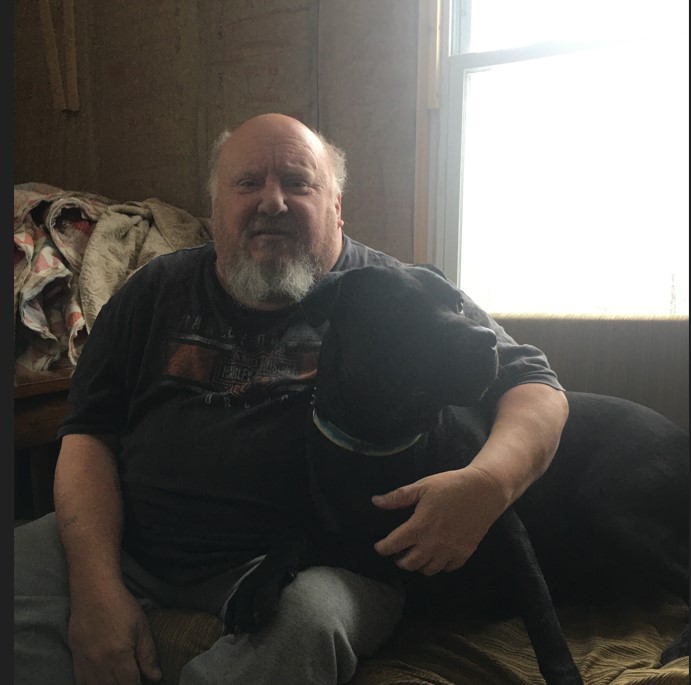 A Westminster, Vt., man claims he was never told about the potential credibility issues surrounding former Keene Police Lt. James McLaughlin when he was prosecuted for sex crimes against children in Keene more than three decades ago.

“That would have changed the outcome of the whole trial,” said Robert Lamontagne.

Lamontagne served a 10-year prison sentence after he was convicted in 1990 on three counts of endangering the welfare of a child. The convictions stem from accusations Lamontagne sexually assaulted children related to him.

While there is no evidence to date showing that the convictions were incorrect, Lamontagne maintains his innocence and said he recently heard from the Innocence Project seeking more information about his case.

“By sending me to prison they threw me to the lions,” Lamontagne said.

Lamontagne’s attorney during his original trial, Bruce Jasper, said he was never told about McLaughlin’s credibility issues before his client was convicted.

“There was no Laurie or Brady disclosure made about McLaughlin,” Jasper said. “I’m sure it would have potentially changed the outcome.”

Lamontagne has spent years trying to get someone to listen to his claims of innocence. He has contacted lawyers, politicians, prosecutors, newspapers, and talk radio hosts, all with little to show for his efforts.

“It’s very painful to talk about what I’ve been through,” Lamontagne said.

Along with his story, Lamontagne also shares conspiracies touching on McLaughlin and other major sex crimes in the state when he contacts people. While he says some of his siblings believe him, the victims in the case do not.

McLaughlin gained national fame in the late 1990s and early 2000s for his pioneering police work using the Internet. McLaughlin specialized in pretending to be a teen online and getting men he encountered to engage in sexual discussions with his alter egos. The conversations would sometimes result in the men agreeing to travel to Keene to have sex with the teen/McLaughlin.

It was in Keene that the men would be arrested. McLaughlin is retired from the Keene Police Department and is currently working as the investigator for the Cheshire County Attorney’s Office, assisting prosecutors throughout the county. Attempts to reach McLaughlin at work have been unsuccessful. When previously reached at home by phone, he declined comment.

McLaughlin’s high case counts and convictions, as well as the relative novelty of his methods landed him magazine covers and newspaper profiles. He went on to teach his methods to departments across the country. What no one except a few in law enforcement knew is that McLaughlin has a known credibility issue.

The list says McLaughlin was added to the list for falsifying evidence in a 1985 incident. The date of notification says June 1, 2018, but that doesn’t mean when McLaughlin was notified, according to Senior Assistant Attorney General Geoffrey Ward.

“The notice date that appears on the EES (Laurie List) is when this Office was notified,” Ward said. “It does not reflect the date that the officer was notified.”

Before the Attorney General’s Office took over the statewide Laurie List (EES), separate lists were kept by each county attorney for their jurisdiction.

The Laurie List, now known as the Exculpatory Evidence Schedule — is the secret list kept of police officers with known credibility or excessive force issues. The names of the officers on the list were generally only made known to defense attorneys on an as needed basis. Courts had already required that prosecutors make such disclosures under the 1963 U.S. Supreme Court ruling Brady v. Maryland and other subsequent cases that require defendants receive all exculpatory evidence, that is evidence that is favorable to them, before trial.

McLaughlin’s name appeared on the first partially unredacted Laurie List the state ever published last month as a result of a law change that is supposed to make the names public after officers have the chance to argue in Superior Court why they should be removed from the list. However, within hours, McLaughlin’s name was removed from the public list by the New Hampshire Attorney General’s Office. The reason for the removal is that McLaughlin is reportedly fighting his placement on the list in court.

InDepthNH.org still posts the original 90 names of the 267 that were recently released, but the Attorney General’s official partially redacted public list is now 75. More names are expected to be released at the end of March when officers who had 180 days to file in Superior Court will become public if they haven’t filed a lawsuit. The attorney general has also removed 30 names since 2018 through an internal process that is still available to police now, Ward said.

Half of the names removed through the internal process have been since the new law took effect last Septemeber offering police the chance to convince a judge why their name should be taken off. The lawsuit filed by ACLU-NH and six newspapers seeking the complete unredacted list is also still pending before Judge Charles Temple in Hillsborough County Superior Court South, although ACLU-NH and five newspapers have withdrawn from the case.

The New Hampshire Center for Public Interest Journalism, which publishes InDepthNH.org is still the lead and only plaintiff.

InDepthNH.org has not been able to find McLaughlin’s court case, which is likely filed under seal under the name John Doe.

McLaughlin was the lead investigator in hundreds of Internet-based sex crime investigations. He has not escaped scrutiny before the Laurie List was partially released last month.

United States District Court Judge Steven McAuliffe censured the police officer in federal court after it was learned McLaughlin sent one defendant child sex abuse images as a way to gain a suspect’s trust. That stemmed from Vermont resident Lee Allaben’s arrest in 1997. Allaben would later plead guilty to some of the charges against him.

In 1998, a federal appeals court threw out the conviction of a Massachusetts man, Paul George Gamache, who travelled to Keene initially to have sex with someone he thought was an adult woman, but who turned out to be McLaughlin. During the online discussions with McLaughlin, Gamache was offered, and agreed, to have sex with a minor. The First Circuit Appeals Court in Boston ruled that McLaughlin had entrapped Gamache.

Even if it can be proved that the Laurie and/or Brady disclosures were never made, Lamontagne has a difficult legal path forward. He would have to show that the evidence that was not disclosed would have affected the outcome of the case.

Defense attorney Robin Melone said if someone didn’t receive a fair trial because exculpatory evidence that could have changed the outcome wasn’t disclosed, “The remedy is a new trial. The NH Rules of professional conduct Rule 3.8 (while rarely used to address prosecutorial misconduct) is the only vehicle for holding prosecutors accountable for withholding information.

“Prosecutors bear the ultimate responsibility of production and disclosure, but a failure to disclose can start with the unreliable system of making potentially exculpatory evidence in law enforcement files easily accessible and available to prosecutors. Access to those files is the first step to addressing no disclosure,” Melone said.