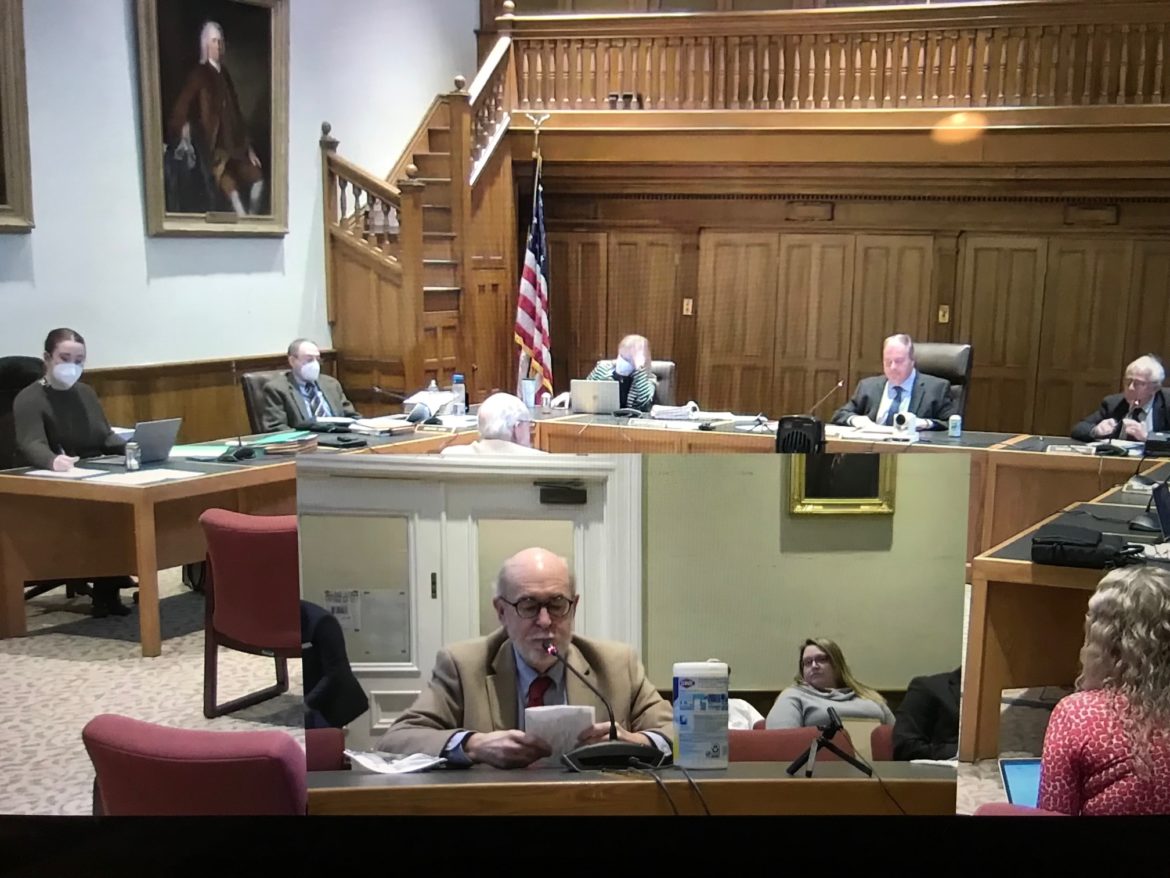 CONCORD — A new law that prohibits teaching one race is inherently superior or inferior to another has no place in state statutes, a senate committee was told Tuesday.

“If we as a state encourage an environment where free flowing discussion of our nation’s history and its impact on our current landscape is silenced, then we halt the possibility of a better future,” Watters told the Senate Judiciary Committee. “I urge my Republican colleagues to listen to the people of New Hampshire and repeal this gag rule and allow us to move forward, together.”

Why has it been a struggle in America for women, racial minorities and children to gain their rights, he asked, if there had not been “settled behaviors” that need to be changed.

Watters noted Tuesday it was the first day of Black History Month, while “the state has a statute that casts a pall over the schools.”

He said he talked to principals and other administrators who told him the statute is hurting the recruitment of teachers to the state.

He said a study was released showing an exodus of teachers from public schools, with 55 percent of teachers in the state intending to retire early, or to retire or seek positions in other states.

There is not one African-American high school history teacher in the state, he said, noting it would now be nearly impossible to recruit someone.

Watters said when he was a professor and students came to him saying they were interested in becoming a teacher, he would encourage them saying how it is a wonderful career, great public service, and they can have a transformative impact on students.

“I would say there are opportunities in this state, that it is a good place to work and there is good support,” Watters said. “I’m not sure I could make that argument anymore.”

Nashua Rabbi Jon Spira-Savett, who served on the Commission on Holocaust and Genocide Education, told the committee he has chosen to be a civic leader in the country that saved the lives of his parents and his wife’s parents

He said when he taught at a private Jewish high school he helped create a course using the interdisciplinary tools of history with the obvious starting point of persecution.

Spira-Savett said that is how you help students become engaged and to be critical citizens, which is so important.

“How do you motivate students to create a more perfect union if you don’t learn about the three-fifth compromise,” Spira-Savett asked before listing other historical issues.

Why study Mark Twain, was he mocking or lampooning the racism of the time or was he swept up in it, he asked.

“Sometimes teachers need to go out on a limb and say it out loud so it is addressed and discussed,” he said.

Trying to control how you teach history moves toward socialism and authoritarianism, he said.

Sen. Jay Kahn, D-Keene, also backed the bill although he is the prime sponsor of Senate Bill 304, which would replace the language that Watters’ bill would repeal.

He said Watters’ bill gives the Senate the opportunity to debate the idea of divisive concepts on its own and determine if it really is in the best interest of the state.

“As currently written it is not in the best interest of the state,” Kahn said. “It has a chilling affect over government training and school teachers, and prevents critical thinking in our schools.”

Does the language “make us a more inclusive body, does it increase our understanding of people different from us,” Kahn asked.

He said the way it is written is very confusing making it difficult for teachers to know what can and what cannot be taught. And he wondered if sexual harassment was considered discriminatory and if training for that would fall under the new law.

While the law says historical events are not covered by the statute, how do you discuss current events with students and have them understand how history affects what happens today, he said.

“We do not need an ambiguous law that threatens teachers and public employees, where bounties are placed on teachers’ heads and they are threatened with dismissal,” Kahn said. “We are hitting a nail with a sledgehammer and there are a lot of unintended consequences when you do that.”

He said if people do not want critical race theory taught in schools, all the other things impacted by the new law should not be included. The law should be repealed, Kahn said, and they should start over.

Sen. Bill Gannon, R-Sandown, asked isn’t the real focus teacher advocacy. But Kahn said it is so open-ended that if a teacher tries to engage students by taking one side of the debate, a complaint could be filed.

“This is where the third rail exists, the hot button,” Kahn said. “We are going to trip over this again and again.”

The issue of advocacy should be handled at the local level, reported to the principal and the school board, not something as broad as the current law.

No one spoke in opposition to the bill.

The committee did not make an immediate recommendation on SB 298 and is still deliberating on SB 304 as well.