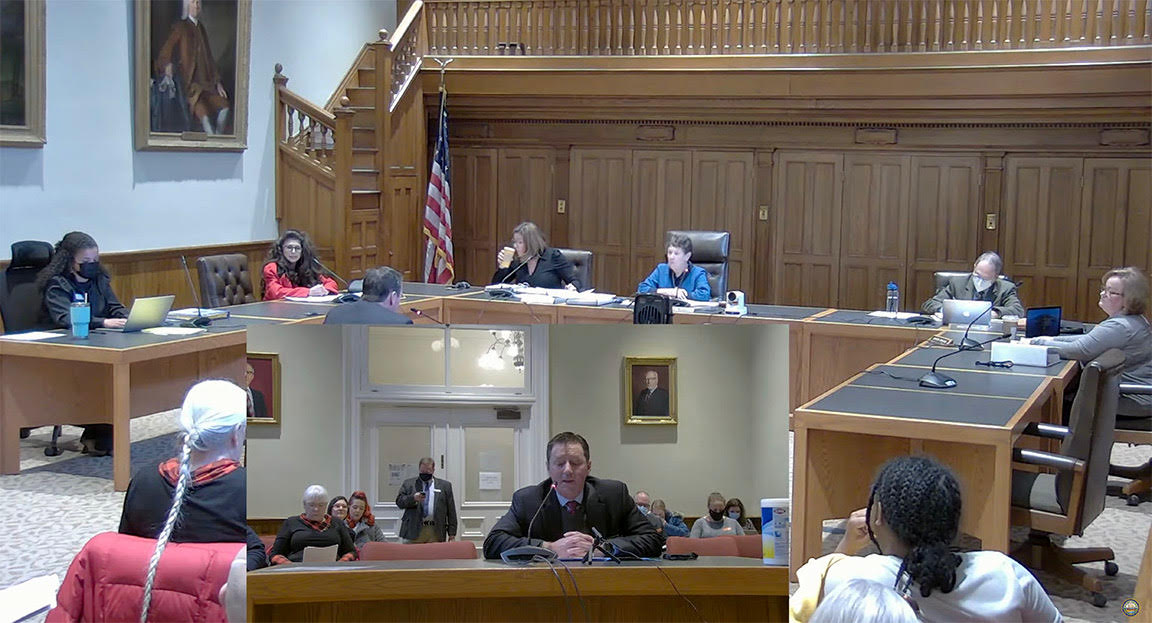 CONCORD — One might expect that a bill to eliminate a new state voucher program that just launched in the fall would meet with opposition, but a separate bill, seeking to ensure that the Education Freedom Accounts go only to families in need of financial help also met with strong opposition during a hearing before the Senate Education Committee on Tuesday.

Senate Bill 237, introduced by state Sen. Tom Sherman, D-Rye, would require annual means tests for participating families. The current law provides that, once accepted into the program, the student would continue to receive state aid through 12th grade, regardless of family income.

“The concern I had about the Education Freedom Accounts was that a family could access that if they were 300 percent of the federal poverty level in the first year they applied, but they didn’t need to reassess ever again,” Sherman said. “[If] in the next 10 to 11 years, they see a growth in their income … they could be making half a million dollars a year and they would still able to access taxpayer dollars through the Education Freedom Account.”

He compared the lack of financial eligibility requirements for EFAs to the Supplemental Nutrition Assistance Program (SNAP) and Medicaid, where the state has rigid eligibility requirements and requires families to refile on a yearly basis. “The Senate is a place where we’re always concerned about this,” he said. “In fact, in the therapeutic cannabis program we have concerns about fraud. Here, there’s no concern about fraud.”

There was immediate pushback from some committee members who cited the anti-fraud provisions of the law. Those rules, however, focus on how the scholarship money is used, requiring scholarship organizations administering the funds to report any suspected cases of intentional misuse of EFA funds, which could result in parents facing felony charges.

Sherman’s concern is the provision of the law that states “an EFA shall remain in force, and any unused funds shall roll over from quarter-to-quarter and from year-to-year until the parent withdraws the EFA student from the EFA program or until the EFA student graduates from high school, unless the EFA is closed because of a substantial misuse of funds.”

Kate Baker, executive director of the Children’s Scholarship Fund, defended the voucher program, citing the example of an autistic youth who needed services the public schools could not provide. In order to enroll him in an institution where he could thrive, the boy’s grandparents placed him in a Montessori school, through a scholarship. Baker said the grandfather, who was a semi-retired tradesman, later went back to work to earn enough money to repair a leaky roof, and that extra work put them over the income limits for the scholarship.

“That example is the reason why, when you put income limits on a family, you’re definitely saying to a family, ‘Don’t go to work and make more money if your roof leaks; don’t take a pay increase at your job, or you child has to get out of the program.”

She added that they do collect income information from families applying for free or reduced meals, and if the family’s income rises, they lose that money, building in an income scale for how much a family receives in assistance.

Sen. Jay Kahn, D-Keene, said that, if they are already collecting income information, it would not be difficult to implement an annual needs assessment as Sherman was proposing.

Rep. Alicia Lekas, R-Hudson, said one of the reasons House members did not allow a cutoff after the first year of the voucher program was “we did not want to take a kid out of a program that was working for them, and the same thing if you had a family in the program and it was working. We didn’t want to say, ‘Oh, well, now they’re making more money — which hopefully most people do as time goes on — and now these kids have to be uprooted and sent someplace else.”

After the hearing, Sherman issued a statement: “SB 237 is a commonsense bill designed to protect the financial welfare of our Education Trust Fund. The bill simply states that participation in the school voucher program is dependent on an annual means test, rather than only once at the start of a student’s participation. This is just good financial management that ensures accountability for the public taxpayer dollars that are being diverted to this program from our public schools.”

The second bill the committee heard was one sponsored by Kahn that would repeal the Education Freedom Account Program.

“The points being made [for and against EFAs] are strikingly familiar and similar,” Kahn said. “Students from low-income families lack educational enrichment … that students in higher-income families can access.”

He went on to point out the disparities in public school education between so-called “rich” and “poor” school districts.

“Public schools with lower performance are most likely lacking the resources for student enrichment activities and are challenged by higher class size. An extra $4,000 to $6,000 per student would certainly help,” he said, “but this legislature doesn’t want to address inequality in opportunity for public school students, only for students who leave public schools.”

Kahn and Sen. Suzanne Prentice, D-West Lebanon, noted that state support for public schools has been decreasing in recent years, even in light of the 30-year-old Claremont court decision that was intended to increase funding.

Most speakers — and there were several testifying — dismissed those concerns, saying that, although funding has increased in recent years, it is higher than it was before Claremont. Despite that increased funding, they said, public schools have continued to short-change students. Those speaking in support of vouchers testified about public schools’ failure to address bullying and harassment in public schools, as well as not recognizing learning disabilities.

Among the speakers were private school students who testified how much more support and knowledge they have received after leaving public schools.

“My point,” Rep. Lekas said, “is the state is supposed to provide the opportunity for an adequate education for all students, just like you said … and all students should get that. So why are we taking the kids who aren’t ‘average’ — whether they have learning disabilities or learning brilliances, they just don’t fit in with the public school and it isn’t educating them — should they not be getting the same as the kids going to the public schools?”