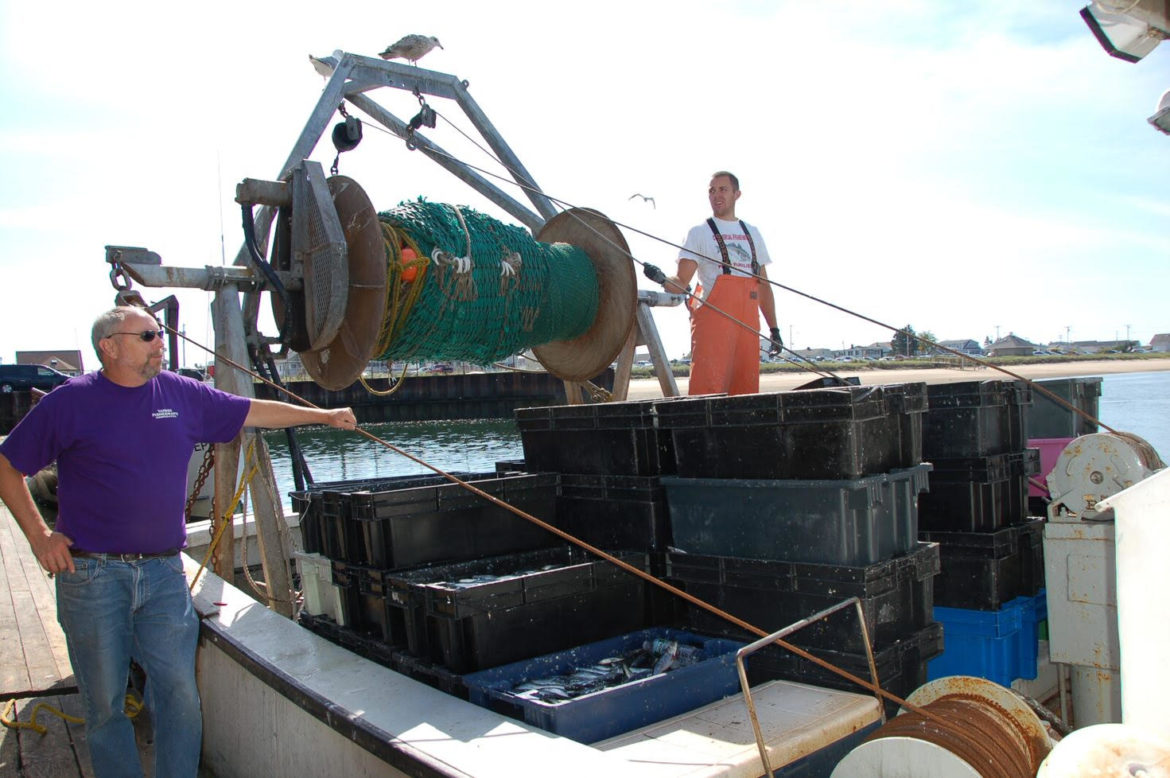 Can New Hampshire’s dwindling commercial fishing industry be revived or is the enterprise headed for extinction?

David Goethel’s career on the ocean began at age 13 as a mate on a party boat in Seabrook. At age 19, he received his Coast Guard Masters license and began captaining vessels while earning a BA in Biology, cum laude in 1975 from Boston University. Directly after college he worked as a researcher at the New England Aquarium but returned to fishing to support his family. He has recently retired as owner/captain of the 44-foot stern trawler, the Ellen Diane. Over the past three decades, his other fishing-based activities include past presidency of the Tri-Coastal Seafood Co-op, as well as member of the board of Directors of the New Hampshire Commercial Fisherman’s Association, the Northeast Seafood Coalition, Center for Sustainable Fisheries and the Yankee Fisherman’s Co-op.

Andrea Tomlinson has been working in the field of Marine Science for over thirty years. A Marine Biologist by trade, and an alumni of both the University of Miami and the University of New Hampshire, she has always had a passion for marine fisheries.  She got her start working with the commercial fishing industry in New Hampshire in the mid 1990s while working on a UNH research project intended to spawn and hatch cod larvae for a potential restock project in the Gulf of Maine. While working with commercial fishermen at sea, spawning cod on the back decks of fishing boats, she knew this would be part of her future. After working several years in the aquaculture industry at UNH, then at the first marine food fish hatchery in the U.S., Great Bay Aquaculture and then on a semi-intensive commercial tilapia farm in Jamaica, she returned to the commercial fishing industry as general manager of New Hampshire Community Seafood in 2015.

While working directly with the groundfishermen in New Hampshire, Tomlinson soon realized that New Hampshire was experiencing a phenomena called “the graying of the fleet.” Inspired by a young fisherman who purchased his own boat, but could not afford a permit to utilize the vessel, she started to seek funding to develop a Young Fishermen’s Alliance in northern New England. After four years of collaborating and grant revisions, she has obtained funding through the USDA Farmer’s Market Promotion Program to start this organization.

Roger Wood is an award winning radio, podcast, newspaper and television journalist, with over 40 years of experience in the media.   Roger has spent his entire professional career in New Hampshire. Roger currently serves as associate publisher and podcast producer at InDepthNH.org.

He has produced news and special feature reports for InDepthNH, New Hampshire Public Radio, NPR, and other Public and commercial radio stations.  He also produced spot news for CBS Radio.

He has produced some 50 audiobooks and has written three novels.  Roger has also moderated political forums as well as public policy discussions locally and statewide.