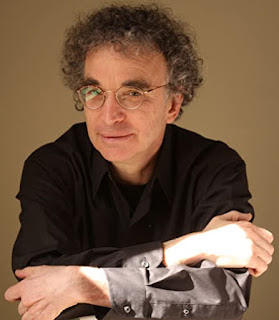 Howard Mansfield is a prolific and talented writer residing in Hancock, New Hampshire. Chasing Eden is a book about seekers. Those in search of that special brand of “happiness” of which Jefferson wrote in the Declaration of Independence.

The search can and does take many forms: religious, spiritual, economic, political. Mansfield leads us through an examination of believers in his chapters on the Shakers – a highly successful religious sect – as well as the man who helped them preserve their legacy for future generations, Bud Thompson, who also founded the Mount Kearsarge Indian Museum in Warner.

A reflection on the “White Mountain/Hudson River School of Painting” serves as the canvas that draws the public interest into the beauty of the natural landscape of the White Mountains and spurs the building of the Mt. Washington Auto Road and a growing love of the landscape nationwide that would shape its future.

Hope in the wake of Civil War victory and emancipation followed by the heartbreak of the betrayal of Reconstruction’s promise and Andrew Johnson’s betrayal of Lincoln’s legacy, stealing land intended for freed slaves and returning it to slaveholders, reminds us that not every story has a happy ending.

Likewise Mansfield busts the myths about Thanksgiving and Native American people and leads readers through the betrayal, by or of seekers, testifying to the reality that for some their promised lands collide with the dreams of others or only come with great difficulty; and for some, they do not come at all.

Yet, in busting myths Mansfield gives new life to the seekers he features, whether it is new life in the opportunity for redemption based on truth and reconciliation; or new life in granting a more honest and sustainable future for all in the context of the nobility of the struggle itself.