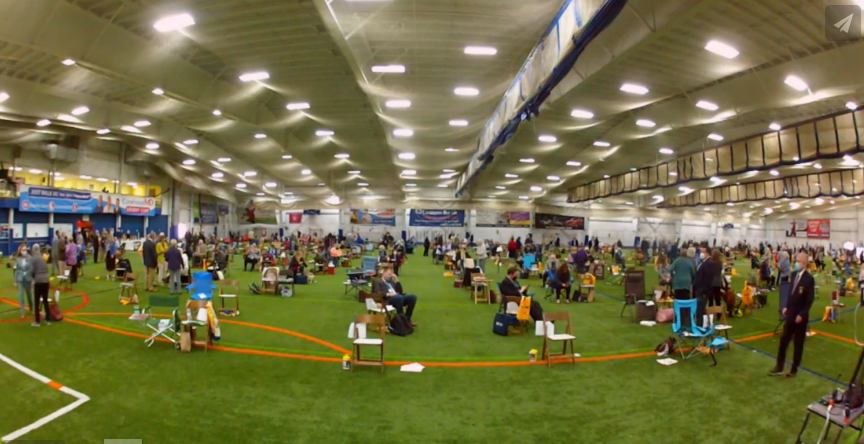 Screen shot of the House session April 9 at the NH SportsPlex in Bedford. Wednesday's session will be at the DoubleTree by Hilton in Manchester.

Although lawmakers had high hopes for a return to normal this winter when they adjourned in July, instead the state is in the midst of its greatest number of daily COVID-19 infections since the pandemic began two years ago.

While both New Hampshire and Vermont are experiencing their worst infection rates, their legislatures are opening in different scenarios: Vermont remotely for two weeks, and New Hampshire in person and that has some lawmakers with medical backgrounds concerned.

They believe the House session which begins Wednesday at 9 a.m. in the exposition center in the DoubleTree by Hilton in Manchester, has the potential to be a super-spreader event in light of the highly infectious Omicron variant.

Rep. Jeffrey Salloway, D-Lee, an epidemiologist, said the gathering of the 400-member House has the potential of becoming a super-spreader event despite steps taken by Speaker Sherman Packard to make it as safe as possible.

Representatives Hall where the House unusually meets will be used on Jan. 5 by the 24-member Senate, giving them plenty of room to be socially distant.

Rep. Bill Marsh, D-Wolfeboro, a physician, says he will attend, but treat the DoubleTree Hotel like an ICU unit with an infectious patient and wear his N95 medical grade mask.

Marsh said they can be ordered on Amazon now and Envo reusable N95 masks are made in Hampton. https://envomask.com/

“I will wear my medical grade mask making sure it fits before I enter the building,” said Marsh, who changed political parties from Republican to Democrat in September over disagreements with COVID-19 practices.

“I don’t believe we are taking sufficient precautions to keep everybody safe.”

When Packard announced the House would meet in the Manchester facility, he noted the 30,000 square-foot center will allow legislators to be socially distant, noting there would be separate sections for those who wear masks and for those who do not.

“With hospitalizations at record levels and community transmission still high, the responsible thing to do is to maintain health and safety protocols for our legislators and hold off on returning to the House chamber, at least for now,” Packard said last month. “We plan on taking the same level of precaution as we did at UNH in 2020 and at the NH Sportsplex in 2021 to ensure as much risk as possible can be mitigated, while still being able to meet in person to get the people’s business done.”

What the New Hampshire House will not do is meet remotely, which Packard has long claimed needs a rule change to accomplish. At least three rule changes were proposed to allow remote meetings, but Republicans opposed everyone and they failed to pass.

The Vermont House and Senate rules committees met jointly last month and decided to hold their respective sessions remotely for two weeks and then reassess the situation.

Several lawmakers said they needed to have quorums to approve pandemic aid for communities and organizations, which might not be possible if several committee members are infected and can’t attend sessions.

In New Hampshire, a number of medically at risk Democrats, including Minority Leader Renny Cushing of Hampton, filed suit  before last year’s session in federal court to allow remote participation citing the Americans with Disabilities Act.

The U.S. District Court judge sided with Packard, but that decision was overturned by the 1st Circuit Court of Appeals. A rehearing was requested by Packard, was granted and held, but a decision has not been released as of Monday.

Democrats held a caucus Monday to discuss safety measures for this week’s sessions which are expected to last two to three days.

Marsh said he would tell Democrats how to make sure N95 masks fit properly and how to stay safe for the session.

Marsh said the Democrats and Republicans both have misinformation about COVID-19.

Marsh said the Republicans are wrong to believe that natural immunity will protect them if they have had COVID-19 before. That is not true especially with the Omicron variant, he said.

And Democrats believe staying six feet away from people would protect them, but that’s not true in a super-spreader event, Marsh said.

Democrats are having an internal argument about whether it is worse to stay home or show up and said he and his friend Rep. Salloway disagree on this question.

“We have a duty to go. If we don’t show up, bad things are going to happen in the legislature,” Marsh said.

Wearing a face mask mostly protects other people from the wearer, but medical grade masks also protect the wearer.

Salloway, an epidemiologist who taught at UNH and other universities said, “I’ve been torn for weeks.”

But weighing the risks of the surge and new variant Omicron, and the fact that some Republicans not only refuse to wear a mask, but also refuse to get vaccinated, Salloway said he decided not to attend.

“I would anticipate over the next three weeks we’ll see a substantial spike,” in the numbers of COVID-19, he said.

Convening 400 lawmakers with an average age of 63, and a large number who are medically vulnerable doesn’t make sense right now, Salloway said.

“What we are doing is creating a super-spreader event,” Salloway said. “It’s a bad idea to meet.”

He is a professor emeritus at UNH, taught epidemiology for decades and is still active in the field.

The House meets at 9 a.m. Wednesday to take up nearly 200 bills retained from last year’s session which have to be decided by the end of January.

About 75 bills are on the regular calendar for debate and about 120 on the consent calendar, approved by a single vote, although many are sure to be debated.

The first order of business for the House will be four vetoes by Gov. Chris Sununu of House bills, including one to change the date of the state primary from September to August.

Another vetoed bill would have allowed loaded firearms on snowmobiles or other off road vehicles, but also includes a provision Sununu objected to ending the State Police gun line for background checks before hand guns may be purchased. Instead the background check would have been done through the federal database.

The Senate, which meets at 10 a.m. Wednesday, has a similar bill that is one of two senate bills Sununu vetoed.

The other bill would have allowed private, for profit companies to own the state’s medical marijuana treatment centers.

The Senate has 18 bills on its regular calendar for debate and 24 on its consent calendar.

The House hopes to finish its work on the retained bills by Friday.

The Senate does not have a similar deadline for bills it sent back to committee for more work, but will address many of them at Wednesday’s session.