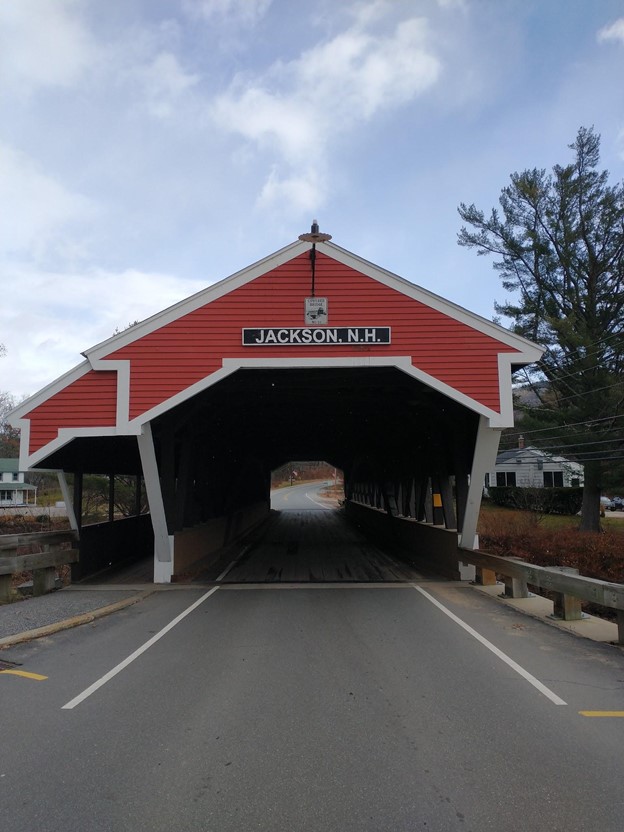 It was a beautiful early November day and my friend Coach B, also known as Jim Boulanger, and I decided to take a ride up to Mount Washington Valley and check out some fly fishing spots for the spring. Neither of us have fished that area much so we decided to do a little “Blue Lining.” Blue lining is the fine art of using a physical map and following the blue lines, which indicate rivers, in order to find fishing spots.

I collect maps. It may be a little old school, but there is something about looking at a physical map and appreciating the work that went into drawing and designing it. When I was growing up, I would listen to baseball on the radio. I lived on a hill overlooking Quincy Bay in Massachusetts. I could pull in stations from New York, Philadelphia and on a good night, WGN from Chicago. I would have my map on the wall and imagine the games.

Now, as I peruse antique shops and old book stores, I search for maps. I have a crate of Appalachian White Mountain guides and a number of maps for Yellowstone and the Grand Tetons. All, obviously have maps of rivers and streams that could be used to find some great fly fishing spots.

We headed up the old road through Rochester, Milton and Unity to get on Route 16 North in Wakefield and drove up the White Mountain Highway to Jackson. I threw my fly fishing gear in the back seat in case we had some time to throw in a line. There are a couple of rivers that are open with special regulations this time of year that I wanted to check out.

Our first stop after grabbing some breakfast was the North Country Angler Fly Shop in North Conway. I had hoped to catch up with owner Steve Angers. North Country Anglers is the go-to place in the valley for all things fly fishing, especially advice. When we arrived, we saw that the shop was closed on Tuesday, so we were on our own.

Coach drove us up to Jackson to check out the Ellis RIver. We stopped at Jackson Falls which gave us an incredible view of Mount Washington. The Ellis River is a freestone river that has some nice pools which hold trout. The river is spring fed so the water stays cold which creates a friendly habitat for the trout. We followed the river down to the Kissing Bridge at the entrance to town where we got out again to walk around.

Then we drove north past Wildcat Mountain to check out Thompson Brook and the Peabody River. There were a number of pull offs for the Peabody which brought us to some nice pools. There were a few spots that would challenge our agility, and a few others that we just said no chance. Like Clint Eastwood said, “A man must know his limitations.”

As we were driving back to Jackson, Coach said, “I know a guy.” Anyone that knows Coach from coaching Track and Field at UNH knows that he knows many guys. We stopped to make a call. Coach says that his friend owns five acres on a river. Perfect! I’m thinking. Coach reaches his buddy Tom who gives us directions.

After driving up some dirt roads we arrive at Tom’s. Tom owns a beautiful piece of property that borders the East Branch of the Saco River. Tom is an agriculturist by trade and runs his own business. We walked down to the river which was loaded with some nice pools and runs. Then it got better. Tom explained he lets the state use his property to stock the river.

Coach and I looked at each other like we had just hit the fly fishing lottery. Tom said we could fish anytime, and that if he is around, he and his lovely wife would like to join us. We just asked him where we could put up our tent and how he liked his steak.