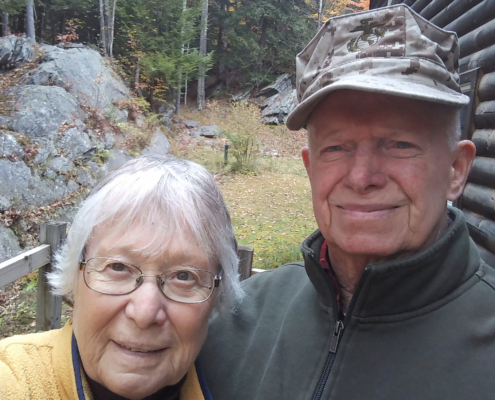 Bernie Marvin hasn’t seen it all, but he’s been in the same general neighborhood.

According to Bernie Marvin, he began his career as a photojournalist in the sixth grade at the Wyman School in Winchester, Mass., “where I shot photos and wrote little ditties about fellow students or events at the school. I posted those stories and photos on a school bulletin board for everyone to read. Teachers and students enjoyed seeing the activities covered by a Wyman School youngster with his Kodak Brownie Hawkeye camera he had with him every day. That led to better cameras, and by the time I was in high school I was shooting with my own 4X5 Speed Graphic, just like the big guys on the Boston Globe, the Boston Post, and the Boston American newspapers.”

Bernie enlisted in the Marines in 1956 and was assigned to be a combat photographer and during the next four years, he captured images of everything from the mundane to the mendacious, including the very first U.S. foray into the Middle East.

In 1978 a change of venue brought him to Haverhill, New Hampshire in the North Country of the Granite State and he has never looked back; establishing himself as a newspaperman, journalist, storyteller, and entrepreneur. He’s ridden the “Straight Talk Express” with John McCain. Munched burgers with Senator John Kerry, Medal of Honor recipient and Senator Bob Kerry, and basketball legend Senator Bill Bradley at Woodsville’s “Barge Inn,” and watched as the “Good Ol’ Boys” of Haverhill became the “Good Old Boys and Girls” without losing a beat (or their ornery independence).