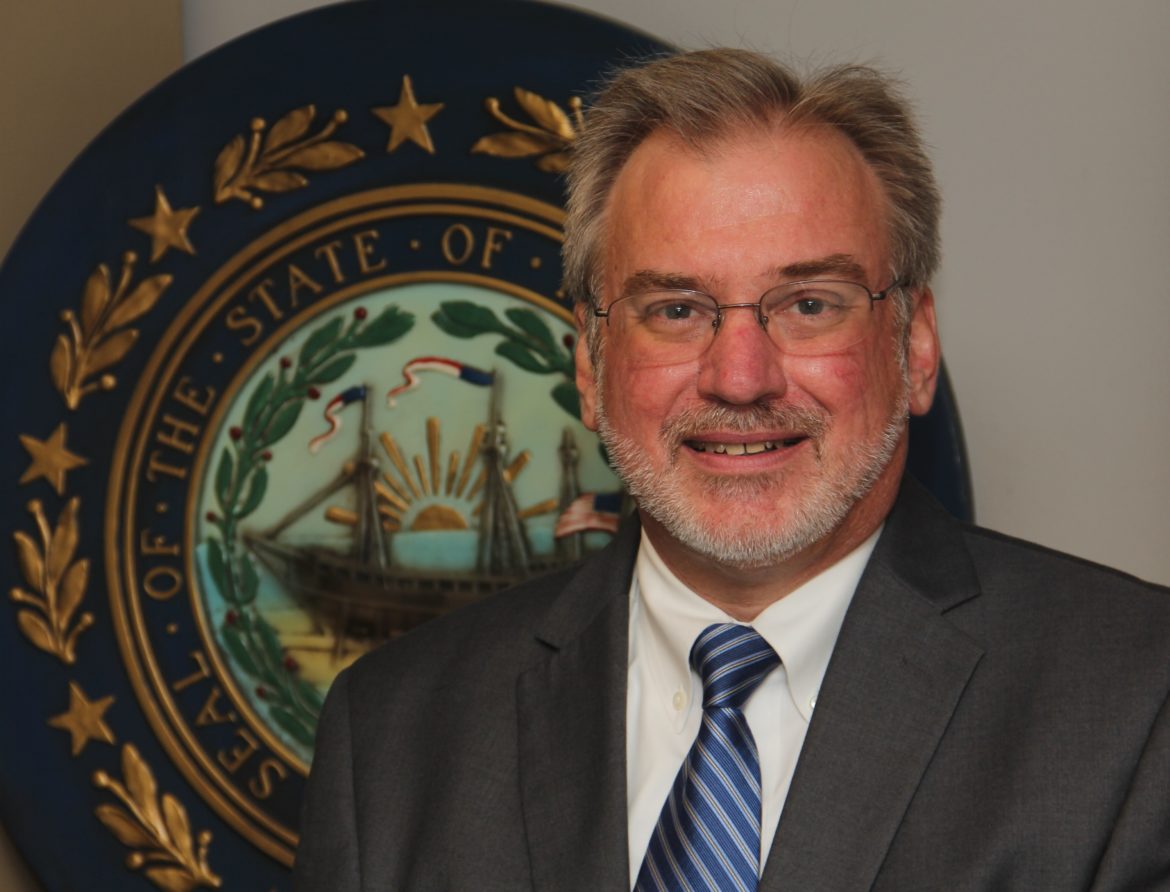 By ROGER WOOD, InDepthNH.org
It’s being called the Capitol Corridor, a proposed new passenger commuter line from Southern New Hampshire to Boston. The Massachusetts Bay transportation authority, MBTA, operates several commuter lines, and one ends in Lowell.  It would be this line that connects with the southern New Hampshire route through Nashua and ending in Manchester. It’s been on the radar since 2014, but it’s only now that the NH legislature has authorized studying the 30-mile route from the New Hampshire State line with Massachusetts. How soon the new passenger rail line would operate depends on many factors including cost and the ability to rehabilitate the existing infrastructure including current freight rail tracks. Podcast producer Roger Wood speaks with Patrick Herlihy.  He is with the New Hampshire Department of Transportation which will have a significant role in the process of this route expansion.

Patrick C. Herlihy
Herlihy was originally appointed by the Governor and Executive Council as Director of Aeronautics,
Rail and Transit at the Department of Transportation on June 20, 2012. He oversees all aviation, transit
(both public and intercity), and railroad programs administered by the department.
He has over 35 years of experience in state government with a majority of that time spent managing
community development and transportation programs for the state of New Hampshire.
Patrick was born, raised and educated in the state of New Hampshire receiving a Bachelors of Arts
degree in Political Science from the University of New Hampshire in 1983. He currently resides in
Hopkinton with his wife Cathy.