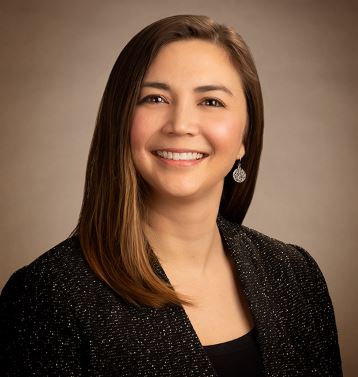 As Congress continues to negotiate on two high profile proposals – a more than $1 trillion infrastructure bill, and a $3.5 trillion budget reconciliation package – there is one lesser-known proposal pending that is getting less attention, but Granite Staters should pay close attention to.

To help fund the spending priorities in the above-mentioned bills, the Biden Administration originally proposed a requirement that financial institutions annually report inflows and outflows of all accounts valued at $600 or more to the IRS.

Recently, due to serious concerns raised, the Administration has agreed to change that threshold to $10,000 and would include carve outs for wages and federal programs, but the details of those logistics are still unknown, in addition to unanswered fundamental questions such as how would banks even begin to separate out different types of wages to report to the IRS? New Hampshire banks continue to oppose this onerous and invasive proposal for several reasons, but chief among them are the serious privacy concerns of Granite Staters.

Termed  the “American Families Plan Tax Compliance Agenda”, the proposal indicates in part that “The IRS will be able to deploy this new information to better target enforcement activities, increasing scrutiny of wealthy evaders…”  Basically, the federal government wants the ability to peer into virtually anyone’s bank account, to address “tax compliance” among high earners. Even if the threshold is increased to $10,000 to be reported annually on total inflows and outflows, that could still capture most Granite Staters who pay rent or have a mortgage.

In response to comments from the Senate Banking Committee recently noting that the IRS proposal of capturing wealthy tax cheats by gathering information at the $600 threshold doesn’t make sense, Treasury Secretary Janet Yellen said, “That is correct, but it’s important to have comprehensive information so that individuals can’t game the system and have multiple accounts.”

Regardless of the threshold, grabbing private financial information from most Americans to address alleged tax evaders is a dramatic and unwarranted step that simply cannot be justified.

Under the proposal, significant additional information, such as loan payments or transfers between a taxpayer’s various bank accounts, would be captured and reported. The amount of private information submitted would be massive, unmanageable, and of questionable relevance to the calculation of taxable income, violating the fundamental privacy rights of millions of Americans.

The IRS has publicly stated they do not have the capacity to utilize some of the information already being collected today, and further, the IRS has been a notable target of repeated cyber-attacks. The IRS should demonstrate that it can process and protect the information it already receives before seeking vast amounts of new data.

We know there are those who have a distrust of the banking system and New Hampshire’s banks are working to address that challenge. According to a 2019 FDIC study, New Hampshire’s rate of those who don’t have some type of banking relationship is the lowest in the country at .5%. Nearly all our member banks offer low-cost or no-cost checking accounts or low-fee accounts to help in this regard. Our bankers know that at the core of your relationship with your bank is the fundamental concept of trust. This proposal would dramatically undermine that trust and will undoubtedly impair the banking industry’s commitment to reaching those who are reluctant to have a banking relationship.

While this new tax reporting requirement will be burdensome for all banks, this will have a disproportional impact on our community banks. More complicated federal regulations mean banks having to dedicate more time and staff on compliance, when spending on compliance has already expanded dramatically in the past fifteen years, and comes at a time when banks are already facing daunting workforce recruitment challenges.

All banks have a core banking system that provides the software and infrastructure necessary to process all the daily various banking transactions within the bank. These core relationships are exhaustive and are often among a bank’s most significant expenses. The new reporting requirement would likely mean banks will have to work with their core providers spending tens of thousands more to create new reporting methods to comply. Towards what end?

New Hampshire’s banks value the personal relationships they have with their customers and work tirelessly each day to support them personally and professionally.  We stand united to protect their privacy rights and oppose this concept at any dollar amount. We urge Congress to focus their efforts elsewhere.

Kristy Merrill is President of the NH Bankers Association and lives in Manchester, NH