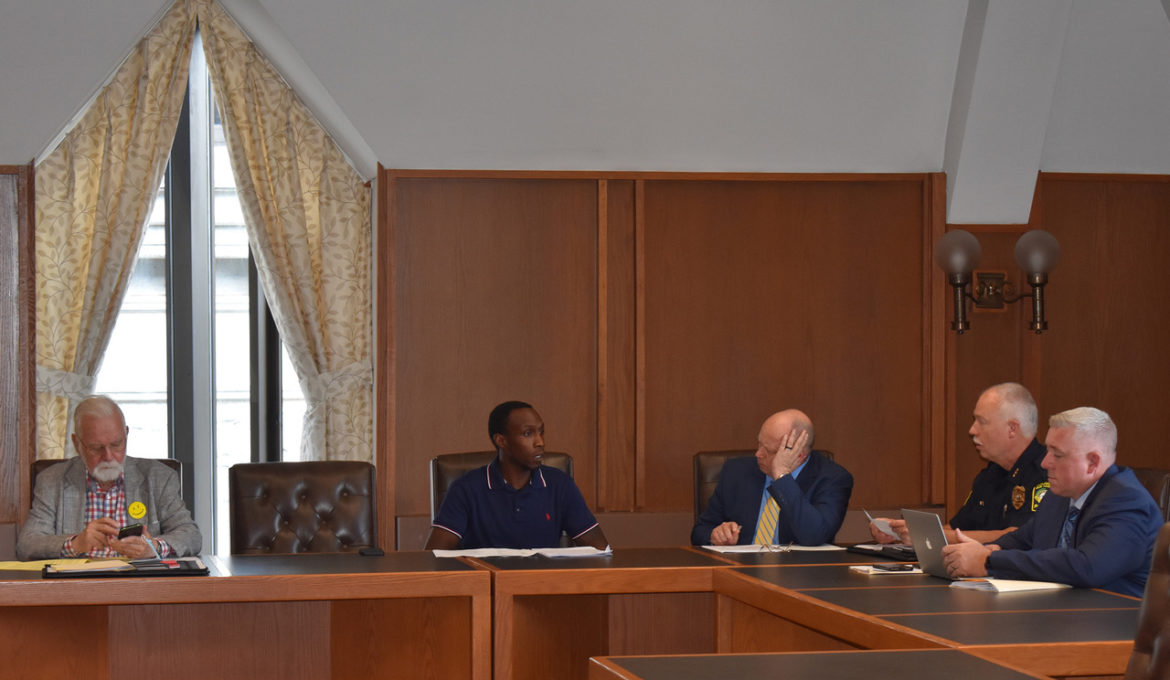 CONCORD — During their Oct. 21 meeting, members of the commission charged with developing recommendations on handling police misconduct complaints predicted that the state legislature would not provide the funding for an independent entity as recommended by the Law Enforcement Commission on Accountability, Community, and Transparency (LEACT).

Up to this point in their deliberations, those members who favor creating a new complaint review committee that would be administratively attached to the New Hampshire Police Standards and Training Council have emphasized the logic of keeping all matters relating to police certification in one place. PSTC Director John Scippa has said it would be less expensive to increase his staff, and he did not see why a separate entity should duplicate what his agency already “has been doing for 50 years.”

As other members of the commission have pushed back against the overwhelming power law enforcement would have in handling complaints about their peers, the conversation shifted to the role of lawmakers. Recognizing that legislative chairmen do not have to follow any committee recommendations, Sen. Sharon Carson (R-Londonderry) said, “I just don’t know why we need to go back to having an independent investigator. First of all, I’m betting the legislature would not agree to pay for it. Good luck with that!”

Assistant Safety Commissioner Eddie Edwards agreed that “the legislature won’t fund another board.”

Throughout weeks of discussion, law enforcement members on the commission have repeatedly said that “the landscape has changed” since the LEACT report. The majority of the recommendations have been passed through legislative or executive action.

The legislature established the current commission to address the remaining LEACT recommendations, for a comprehensive definition of what constitutes officer misconduct and “the establishment of a single, neutral and independent statewide entity to receive complaints alleging misconduct regarding all sworn and elected law enforcement officers.”

Because the other recommendations have been adopted, Scippa, Carson, Edwards, Chief Charlie Dennis of Hanover, and Lt. Mark Morrison of Londonderry have argued that the need for an independent board no longer exists. They maintain that a conduct review committee within Police Standards and Training can act impartially on misconduct complaints.

Attorney Julian Jefferson of the Public Defender’s Office and Joseph Lascaze of the ACLU-NH have argued that the discussion has strayed from their original charge.

“I just don’t understand why you agreed to that last year,” Lascaze said on Thursday.

With Jefferson unable to attend this week’s meeting, Lascaze was the lone voice supporting an independent agency and, lacking that, the recommendations proposed by the ACLU to tip the scales away from law enforcement.

That leaves all real decision-making power with the Police Standards and Training Council, which would have 10 members of law enforcement and three members of the public under Scippa’s proposal.

To counter that advantage, the ACLU-NH’s proposal would reduce county sheriff membership from two to one, eliminate the position for a police chief serving a college community, and replace the president of the Police Chiefs Association with an officer below the rank of lieutenant. It would increase public membership from two to 10.

Attorney General John Formella said he could not support such a large increase in the board makeup, but “I think there’s room for additional public participation.”

Scippa and Morrison noted that the council has many responsibilities beyond hearing complaints, dealing with such things as training requirements, and said that those in law enforcement would have more direct knowledge of those matters.

“The proposal that I put forward,” Scippa said, “protects the authority of every chief law enforcement officer to have the authority to conduct investigations of their employees and also protects the existing conditions of Police Standards and Training and the statutory authority that regulatory body has held since 1971.”

Scippa explained the difference between police hearings and criminal court hearings. Rather than having a prosecutor and defense attorney prying out information, the council compels an officer to make a statement. “They don’t have a right to remain silent,” Scippa said.

He said that, as a result, the council has all the information it needs to make a decision without an adversarial approach. Also, under the new rules, disciplinary hearings are now conducted in public, removing any complaint about a lack of transparency, he said.

Carson said “there are privacy issues we need to be aware of” and expressed her support of resolving issues at the local level. She said that, if someone is not satisfied with a local department’s decision, that person can attend the review committee’s meeting to express those concerns.

Formella, as chair of the commission, attempted to find common ground among the members and suggested that they consider giving the committee investigatory power. “I see some value in separating this,” he said. “I can see how someone from the outside can look at this as being investigated by the same entities.”

Lascaze recounted his experience attending a disciplinary hearing by Police Standards and Training in which the decision went against the officer, but then the police chief appealed to the council not to take the disciplinary action, arguing, “You’ll devastate my department.”

“Having to maintain that separation of function is necessary,” he said.

The commission has until Nov. 1 to finalize its report, and will hold two hearings next week to hammer out the final details. It will meet on Wednesday, Oct. 27, at 1:30 p.m. and on Thursday, Oct. 28, at 2 p.m.