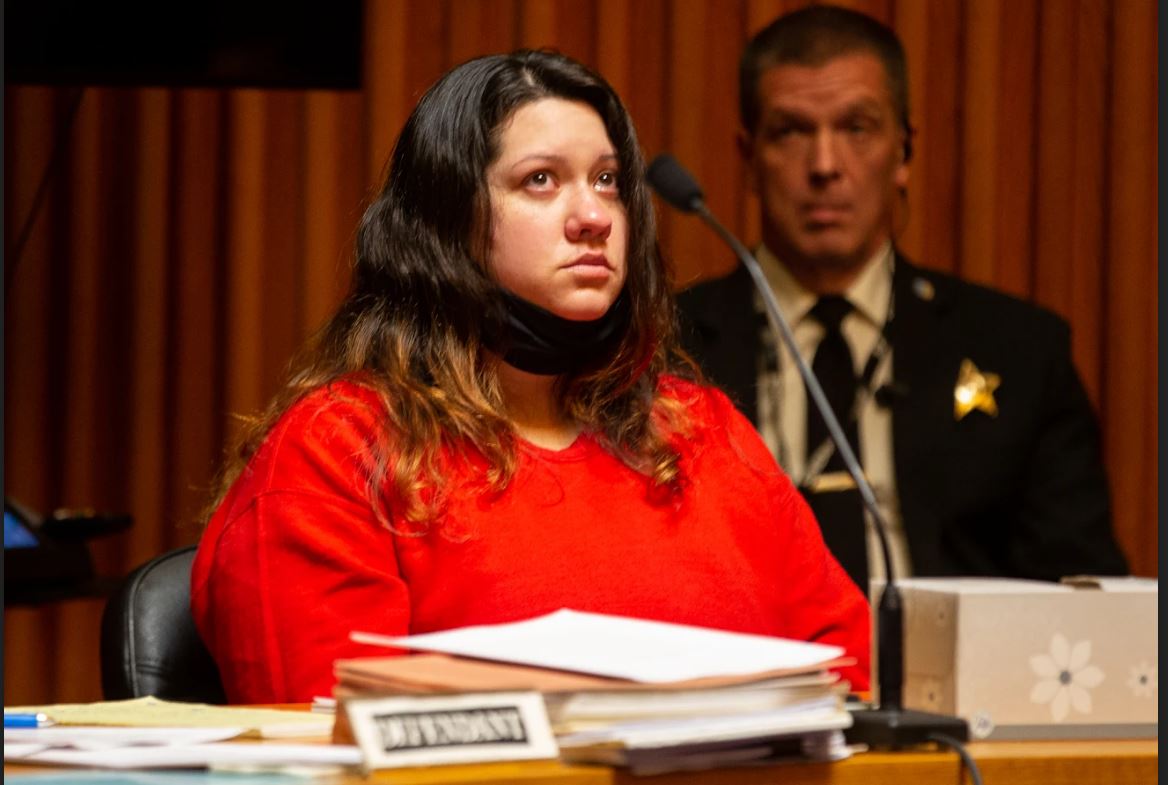 NORTH HAVERHILL — Justine Amerault, the mother of murdered Keene man Jonathan Amerault, held back rage and tears on Wednesday, excoriating the woman who cut off her son’s head.

“He was the most beautiful person inside and out and nothing will ever fix this,” Justine Amerault said.

Justine Amerault spoke during the sentencing of Britany Barron, the Jaffrey woman who was forced to decapitate Jonathan Amerault by her husband, Armando Barron, last year. Armando Barron’s murder trial is pending in the Cheshire Superior Court.

Justine Amerault started speaking to the court by stating she was informed she cannot call Britany Barron any names during her statement.

“That’s OK, because there simply does not exist a word that’s low enough for us to call this guilty individual,” she said.

“This guilty individual stole my purpose for living, and she stole Jonathan’s too,” Justine Amerault said. “Because of her immoral behavior, he will never realize his full potential here on earth.”

As part of the plea agreement, Britany Barron was sentenced to three and a half to seven years in prison, with two years suspended from the minimum and maximum sentences. She also got 377 days credit for time already served, meaning she could be released next year. She will also have two, three and a half to seven years sentences suspended for 10 years as part of the deal. Judge Peter Bornstein acknowledged that her case has unique features.

Jonathan Amerault was an engineer at the biomedical company and was known as a caring young man who loved the outdoors, according to his mother. He was recognized for his volunteer work in high school by the White House.

“Because she acted upon her immoral lust, recklessly dragging him into her life, worlds collided,” Justine Amerault said. “He typed words into a phone. He was not her lover.”

Britany Barron sobbed as she asked the family for forgiveness, saying she lives with constant self-loathing for what she did.

“I am sorry for every single thing I did to Jonathan,” Britany Barron said. “I admit I had no right to do the things I did.”

Britany said she intends to demonstrate her sorrow by accepting responsibility for what she did and serving her prison time.

“I will live with this regret and shame for my whole life,” she said.

“It’s a close call, but I believe the sentence as negotiated is appropriate,” Bornstein said.

Justine Amerault has made it clear she disagrees with the plea deal.

“My hands shake. My head aches. Sleep is a battle to keep away the horrific images of what she did to my beautiful son,” Justine Amerault said. “I wake up to a stabbing pain in my pounding heart. I hear the sound of my son screaming in the darkness.”

As part of the plea agreement, Britany Barron will have to testify against Armando Barron. Her attorney, Richard Guerriero, described Britany Barron’s rough childhood that included physical and sexual abuse. She was kicked out of her house when she was 17, and went to live with her then boyfriend, Armando Barron.

“She grew up in an abusive household and moved into Barron’s household. She’s literally never lived anywhere else and she has three children with this man,” Guerriero said.

Before Armando Barron allegedly murdered Jonathan Amerault, he savagely beat his wife, according to Guerriero.

She herself is a victim. She was strangled to the point of unconsciousness, he put a loaded gun in mouth, he split her head open, he broke her nose,” Guerriero said.

After he beat his wife, Armando Barron used her phone to lure Jonathan Amerault to Rindge, according to court records.

Amerault had begged for his life when Armando Barron brandished a gun, according to an interview Britany Barron gave as part of court records.

In the following moments, Armando Barron ordered his wife to shoot Amerault, and she refused. Instead, according to Senior Assistant Attorney General Ben Agati’s motion, she stood on Amerault’s neck, putting the full force of her weight down on his neck in an unsuccessful attempt to strangle him. Armando Barron then gave his wife a knife and told her to slit Amerault’s wrists, which Agati reports she did. That failed to kill Amerault and Armando Barron then allegedly assaulted him with the machete, Britany Barron told investigators.

Armando Barron put Jonathan Amerault in the trunk of Amerault’s Subaru, and shot him three times, according to court records.

When Amerault’s mother reported her son missing, police learned that Britany Barron had suddenly called her work and announced she quit and was moving away. When investigators talked to her in-laws, they told police she had gone away camping, Agati said. In both instances, Armando Barron had told his wife and parents what to say, Agati said.

Some hunters in the Atkinson and Gilmanton Academy Grant in Coos County had come across Britany Barron, and told her she was trespassing, and that she was in danger. Her campsite was close to a bear baiting site, according to court records. The hunters contacted New Hampshire Fish and Game, and two conservation officers went into the woods to find her.