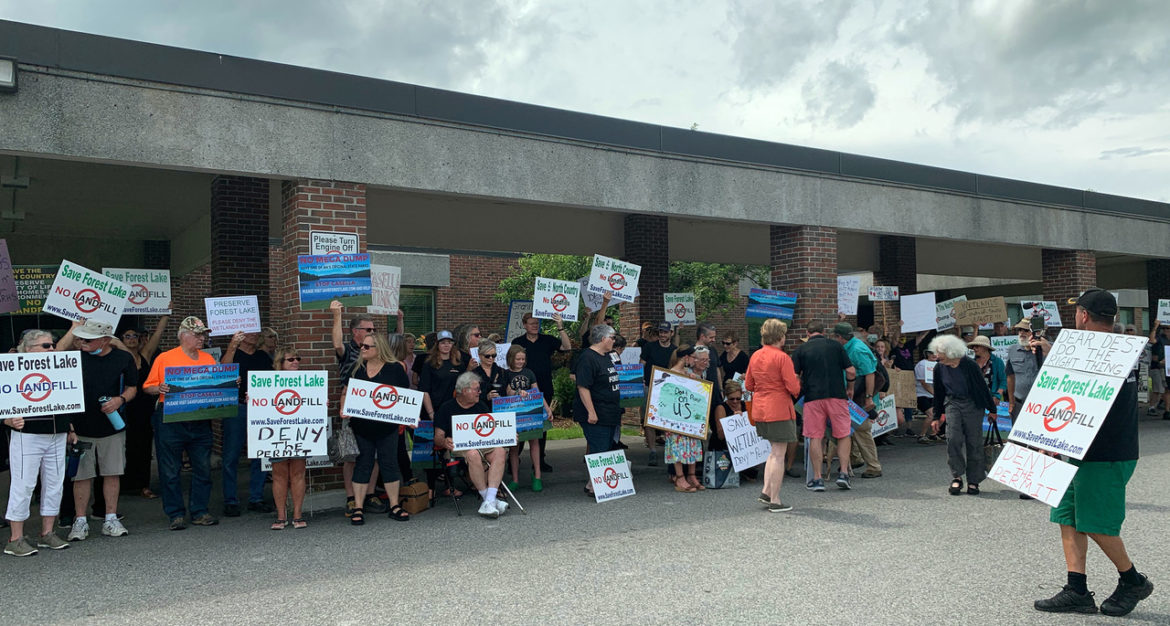 DALTON — The Water Division of the Department of Environmental Services has asked Granite State Landfill, LLC, a Casella-owned company seeking a wetlands permit for its proposed new facility in Dalton, to submit an amended application that focuses solely on the first phase of the project.

The landfill developer responded by asking for an extension of the review period to Dec. 31, 2022.

The exchange prompted an angry letter from Jon Swan, founder of Save Forest Lake, who has opposed the siting of a landfill so close to Forest Lake State Park. “I do not see the option to ‘request an amendment’ of the applicant anywhere within RSA 482-A:3 XIV(a)(5). I only see options to approve, [in] whole or in part, or deny. An application has been under consideration by your department for one year now, and … a decision to issue or deny the permit, following the public hearing, are the only two options,” he wrote.

Pelletier also asked that, “to allow a holistic assessment of impacts on water resources, NHDES requests that the amended Wetlands application be submitted in conjunction with other required applications under the NHDES Water Division’s purview and related federal programs.”

Among those are an Alteration of Terrain Permit, a federal permit with the U.S. Army Corps of Engineers, and a Water Quality Certification of the Federal Wetlands Permit.

Gay, in his Aug. 27 response, wrote, “GSL expects to file the amended application along with the other NHDES referenced applications by December 15, 2021,” but asked that the decision on its applications be pushed out to the end of 2022.

The state already conducted a hearing on the original application on July 14, and nearly every speaker opposed the plan. Dalton resident Brian Campolo summed up the sentiment by saying, “Coos County is the poorest region in New Hampshire, and its only intrinsic asset is its spectacular, pristine environment that powers the tourism industry. In light of that, how could it be possible to propose to locate [a landfill] in proximity to one of the county’s state parks? There is a long-term risk of environmental damage from the dump.”

In his letter, Swan notes that the state had extended the comment period on the application to Sept. 13, and RSA 482-A:3 XIV(a)(5) requires the department to act on the application “within 45 days following closure of the hearing record.”

“Furthermore,” Swan wrote, “while it was NOT the applicant, but NHDES, requesting the amendment, the RSA cited by Mr. Pelletier requires that the amended permit application be deemed a NEW application, and according to RSA 482-A:3, I, the process must begin anew, including the notification process, etc.”