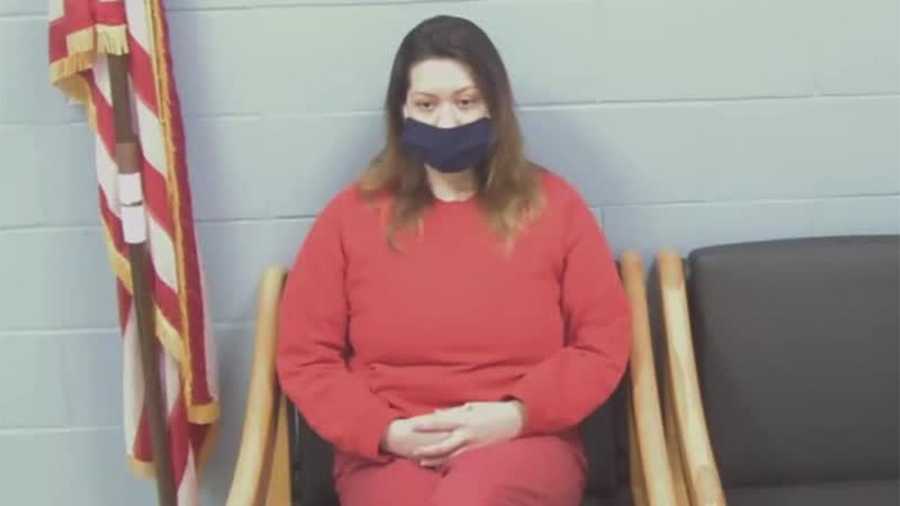 Britany Barron, the Jaffrey woman who cut the head off her dead lover, will plead guilty on Monday to three counts of falsifying physical evidence as part of a plea agreement filed late Friday.

Britany Barron, 31, will plead guilty to three counts of falsifying physical evidence, and serve seven months in prison, under the terms of the agreement. The full sentence is for 18 months in prison, but she will get credit for time served since her September 2020 arrest.

Britany Barron said in court documents that she understands the judge is not bound by the prosecutor’s recommendation on sentencing and that she may withdraw her plea if the judge exceeds the limits of the negotiated plea.

The deal also says she would be jointly liable for funeral and counseling costs incurred by the family of Jonathan Amerault and may not profit from her role in the offenses.

The two charges of abusing a corpse against her will be dropped as part of the agreement which will have her cooperate with the prosecution of her husband, Armando Barron.

The hearing in Grafton Superior Court is in-person only, open to the public and masks are “recommended,” according to the court.

Britany Barron claims that she acted under duress, because she was afraid of Armando Barron, when she allegedly desecrated Amerault’s body and destroyed other evidence. Armando Barron is charged with capital murder for allegedly torturing and then shooting Amerault. He is also charged with felony domestic assault for what he did to his wife, including choking her and putting a loaded gun in her mouth, according to court records.

The Barron’s lived in Jaffrey and Britany Barron worked at Teleflex Medical with Amerault, who lived in Keene. After discovering text messages on his wife’s cell phone, Armando Barron beat her and then used her cell phone to lure Amerault to a state park in Rindge where the torture and murder took place, according to court records. During the torture, Armando Barron tried and failed to get his wife to kill Amerault, according to court records.

During the packing up and while Amerault was reportedly still alive, Britany Barron was armed with her husband’s gun after he put it in her backpack, though prosecutors say she never used it to defend herself or Amerault, according to court records.

The plea hearing is set for Monday morning at 10 a.m. in the Grafton Superior Court in North Haverhill.