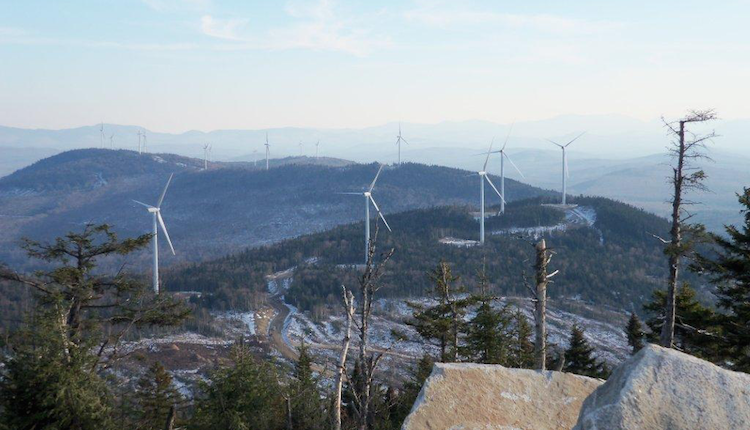 Granite Reliable photo by the Department of Energy. Granite Reliable produces 99 Megawatts of power from 33 turbines on four mountain ridges in Dixville, Millsfield and unincorporated places in Coos County.

CONCORD — The once controversial Granite Reliable Wind Farm is changing hands from one energy conglomerate to another.

The state Site Evaluation Committee issued its final order this week approving the ownership transfer from Brookfield Renewable Energy to a subsidiary of NextEra Energy Inc., which owns the Seabrook Nuclear Power Plant.

Brookfield and Freshet Wind Energy, which owns 10.5 percent of Granite Reliable, are transferring ownership to Tusk Wind Holdings III, as part of a four wind farm sale including Granite Reliable and three California wind farms. The sale price totals $733 million for the plants that produce a combined nearly 400 megawatts of power.

NextEra Energy Partners said it plans to fund the sale through an existing 2020 equity portfolio and its debt capacity.

Much of the power from Granite Reliable is sold to Vermont utilities. The Coos Loop transmission line does not have the capacity to transport the maximum power the wind farm generates and has been a point of contention with Eversource, which believes the owners of the wind farm should upgrade the transmission system, not the existing owner.

The SEC order granting the transfer, which is required under the original agreement approving the project about a decade ago, requires the final payment for the decommissioning fund be paid before the transaction.

Tusk said it will provide a letter of credit of $83,403.30 which will make the fund whole at $844,033. That figure was the estimate 10 years ago for the cost without the salvage value of the equipment.

In Tuesday’s order the SEC expressed concern about the decommissioning fund.

The order also requires Tusk to re-estimate decommissioning costs every five years and report the findings to the committee.

“This reporting will allow the Committee to determine if the decommissioning fund is keeping pace with the estimated cost of decommissioning over time,” according to the order.

The original developers of the project also had a payment in lieu of taxes (PILOT) agreement with the county commission, which is up for renegotiation next year. The payment was estimated to be $495,000 in 2013.

Tusk has agreed to maintain the wind farm employees.

The SEC voted to approve the transfer of ownership last month and issued a draft order July 26.

A letter Aug. 16 from the attorney for the joint owners said the lack of a final order was holding up the transaction.

The SEC’s final order was issued the next day.

The wind farm is the largest in the state.