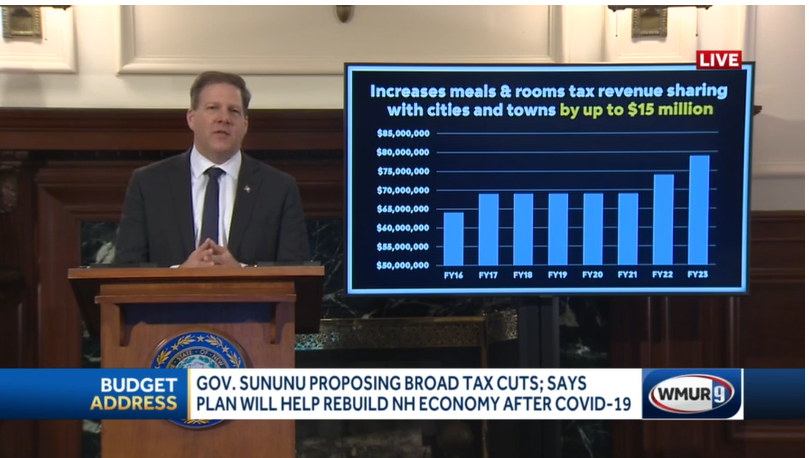 CONCORD — A new study of the pandemic’s effect on state revenues shows New Hampshire in the middle of the pack nationally. The Pew Charitable Trusts

The Pew Pew Charitable Trusts’ study, using US Census data for quarterly revenue collections by the states and adjusted for inflation, shows some states rebounding quicker than others in revenue collection which includes taxes, licensing, and compulsory fees with most states returning to pre-pandemic levels in the first half of this calendar year.

“States’ fiscal outlooks have brightened considerably in recent months with the increasing pace of vaccinations, the easing of public health restrictions, strong national economic growth, and a historic infusion of nearly $2 trillion in federal aid for taxpayers, businesses, and state and local governments through the American Rescue Plan Act of 2021,” according to the report issued Tuesday.

Judging from data from all 50 states, New Hampshire’s revenues did not plunge as deeply as the average during the second quarter of the 2020 calendar year nor for the third quarter, but did not rebound as much as the national state average in the fourth quarter.

New Hampshire was also in the middle of the pack in New England for collections for the four quarters of 2020 according to the report, with Vermont, Maine and Rhode Island having revenue streams higher than they were pre-pandemic, while New Hampshire, Massachusetts and Connecticut were still below what they received in revenues before the pandemic in 2020.

New Hampshire’s collections were 2.6 percent below pre-pandemic figures, along with Massachusetts, while Connecticut was 3 percent below.

Nationally, Idaho has experienced the greatest recovery with revenues rebounding 11.2 percent above 2019 and Utah increased its revenues by 5.8 percent.

Most of the states losing significant revenues are oil producing states like Alaska and North Dakota, and those dependent on tourism like Nevada, Florida, and Hawaii, according to the report.

“Three-quarters of states (38) reported higher revenue in the final quarter of 2020 than at the end of 2019, just before the pandemic,” according to the Pew Center report. “Gains ranged from more than 10 percent in California, Colorado, Idaho, New Jersey, and Washington to less than 1 percent in Iowa, Louisiana, Missouri, New Hampshire, New York, and Oklahoma.”

In New Hampshire, revenues rebounded significantly in the first two quarters of this year led by business taxes. House Ways and Means Committee members discussed the impact at the end of this session, noting a portion of the unanticipated revenue is likely from large corporations, which pay most of the business profits tax, treating Payroll Protection Program grants as revenue in their returns before the Legislature passed Senate Bill 3, which exempted the grants from tax liability.

The budget writers expect the state will have to return the money to those businesses in the current fiscal year.

The change aligns the state with the federal tax treatment of the grants, and is estimated to reduce state revenue by about $100 million over three or four years.

Much like most other states, New Hampshire did not experience the financial trauma many predicted when the pandemic hit plunging revenues at the steepest level in 25 years.

“Revenues have not been as dire as many states and economic experts had forecast at the onset of the pandemic, thanks to factors such as federal aid that helped support businesses and unemployed workers, a quicker fall in unemployment rates than originally anticipated, and job stability in higher-wage professions that were able to pivot to remote work,” according to the report. “In addition, near-record levels of rainy day funds and the significant federal aid have given states extra breathing room in their budgets that they never had after the Great Recession.”