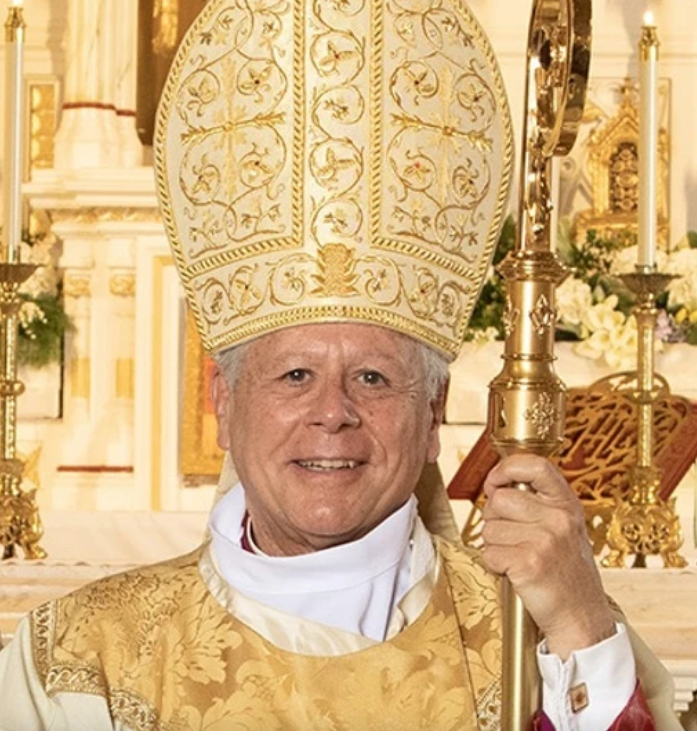 This story was first published in the NH Reporter

MANCHESTER — Roman Catholic Bishop Peter Libasci is named as a defendant in a lawsuit brought by a New York man who claims Libasci sexually abused him as a child.

The lawsuit, filed in the Suffolk County Supreme Court in New York last week, accused Libasci of abusing the man when the man was a 13-year-old altar boy at Saints Cyril and Methodius Roman Catholic Church and Libasci was the pastor. According to the lawsuit, Libasci repeatedly groped the boy over a period of time starting in 1983 and ending sometime in 1984.

The church, as well as the parish school located in Deer Park, New York, and the order of nuns who ran the school, the Sisters of Saint Joseph based in Brentwood, New York, are all named as defendants in the lawsuit. The school is now known as Our Lady of Guadalupe Catholic School following a recent merger of parishes in the diocese.

All of these entities fall within the Diocese of Rockville Centre, where Libasci served as auxiliary bishop starting in 2007 before coming to Manchester in 2011. Rockville Centre is not a party to this civil action, and the diocese filed for bankruptcy protection in 2020.

Adam Slater, the attorney for the alleged abuse victim, did not respond to a request for comment on Wednesday.

Bevin Kennedy, representative for the Manchester diocese, said Wednesday that Libasci remains serving as bishop despite the civil lawsuit.

“At this time, the status of the Bishop remains unchanged. Following standard protocol, the matter has been reported to civil authorities,” Kennedy said in an email responding to a request for comment. “Because this is an ongoing matter and out of respect for the individuals involved, the Diocese will not be providing additional information at this time but will provide updates when we are able to do so.”

Bishops accused of abuse are subject to a new form of discipline from Rome, under rules set down in 2019 by Pope Francis. The new “Vos Estis” protocols allow for reports of sexual abuse made against bishops to be sent through the local metropolitan and to Rome. The Vatican would then direct the metropolitan on how to proceed with an investigation. Such investigations conducted under “Vos Estis” rules must be complete in 90 days.

The metropolitan for the Manchester Diocese is Archbishop Sean Cardinal O’Malley in Boston. Terrence Donilon, representative for the Boston Archdiocese, declined to comment about the matter and referred all questions to the Vatican.

Kennedy said there is currently no “Vos Estis” investigation underway.

“At this time, because it’s a civil suit, it remains in the civil courts,” Kennedy said in a follow up email.

The “Vos Estis” rules were promulgated in the Vatican decree titled “Vos estis lux mundi,” which means “You are the light of the world.” The decree was created partially in response to reports that prominent American cleric, Theodore Cardinal McCarrick, was a serial sexual abuser and predator. The decree is considered an experiment by Rome and the protocols set forth under “Vos Estis” are set to expire early next year.

Libasci cannot be removed from his post absent an order from Pope Francis, as only the Pope can remove any Bishop under Roman Catholic law. Libasci was appointed to replace scandal-plagued Bishop John McCormack who was found to have helped former Boston Archbishop Bernard Cardinal Law cover up decades of sexual abuse.