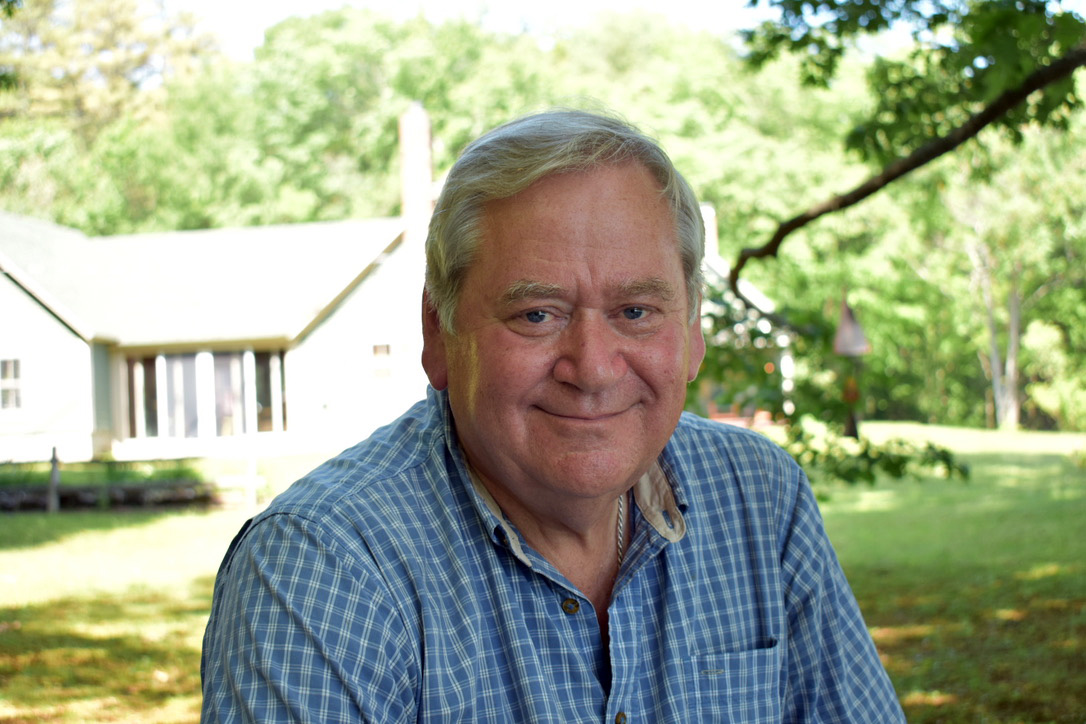 BRISTOL — Like the experience of working from home during the coronavirus pandemic, the ability to remotely attend government meetings has changed people’s expectations, and they want to continue having that opportunity for public participation, now that most of the COVID-19 restrictions have been lifted.

State and municipal governments, too, have found that the temporary measures enacted to allow them to continue functioning during the pandemic had proven to be useful in expanding public participation. Yet most of the bills that New England state legislatures have considered ended up being killed or sent to study committees.

Republican Edward “Ned” Gordon of Bristol, chair of the House Judiciary Committee, said there was general agreement that having the remote meetings as established under the governor’s emergency order had increased public participation. “And that was a good thing, and we would like to continue that,” he said.

“The issues were all about how boards should operate,” Gordon continued. “Some of the bills just said any committee member should be able to participate remotely, at their discretion. I think people objected to that, saying it shouldn’t be up to committee members to decide; it should be up to the committee to decide how the committee is going to operate. … I think generally there’s a feeling that people are more effective when they’re there in person.”

He noted that there are always provisions to accommodate people in circumstances that prevent them from attending in person.

“The court has said, constitutionally the legislature can meet remotely during the COVID emergency; it is Republican House leadership who refused to allow it for our sessions. (Had Dems been in the majority, there would have been remote Sessions),” Porter said, adding, “Reps who have asked for the ability to join committee meetings remotely for health reasons now that the emergency orders are over have been denied by the Speaker.”

A federal lawsuit filed by disabled Democratic House members who want remote sessions for health reasons is still in play, according to Paul Twomey who filed the suit.

The lawsuit was filed earlier in the year seeking access to House sessions remotely after House Speaker Sherman Packard refused. He said it would require a change in House rules although the state Supreme Court ruled last year the House could meet remotely and satisfy its constitutional requirements. House Republicans voted down the rule change several times. Packard won the lawsuit initially with the federal judge citing legislative immunity, but the ruling was overturned on appeal.

The case will be reheard by the full First Circuit, Twomey said. He said with the closely divided legislature, the votes of the 28 legislators who sought accommodations matter. “They got an unfair advantage,” Twomey said of the majority.

Rep. Gordon said another concern in the proposed state legislation was having the technology in place that allows people to participate. “There are some people who just aren’t computer literate, but even above that, there are people who live in areas that don’t have the technology that will allow them to take part,” Gordon said. Conforming to Right-To-Know requirements is difficult when technological glitches and shortfalls cut some people off from participating.

Gov. Chris Sununu recently signed Senate Bill 85, which establishes a Broadband Matching Grant Fund to assist communities without high-speed internet, a major roadblock to public participation in remote meetings. The program, through the Department of Business and Economic Affairs, makes use of state appropriations, gifts, grants, donations, and federal funds to support projects that expand broadband coverage. Towns and counties may apply for the funding, but they must provide matching funds from the municipalities and private providers.

Still, until there is a major buildout of broadband capability in rural areas, citizens in some areas of the state are unable to participate at the same level as those in other parts of the state.

Under the governor’s emergency order, legislative votes could only be counted if the person participating remotely actually appeared on the screen to prove “you are in fact the person who was supposed to be voting,” Gordon said. If a legislator is able to connect only by audio, that vote is lost.

“When it came down to it, there were so many questions that were raised, I think that, generally, there was the feeling that, unless there’s an extreme emergency like the emergency we had, there needs to be a physical location for every meeting,” Gordon said. “I think everybody agrees we need to look at this to see what is the best approach for it.”

Senate Bill 95 would have extended the governor’s emergency order while a study took place, but the House objected. “We looked at it and said, well, that’s like the ready, fire, aim approach: Do it first, and then figure out how you should do it,” Gordon said. “We decided that the best idea was to just study it. In the meantime, there’s nothing that prohibits the selectmen, for example, to continue to allow the public to participate remotely if they wish to do so.”

The Senate rejected the House amendment but asked for the House to join in a committee of conference to resolve the differences. The House said no.

The bill that did pass and is awaiting the governor’s signature was House Bill 108, addressing Right-To-Know provisions. Gordon served as chair of the committee of conference reconciling both bodies’ versions of the bill.

In addition to addressing the need for a record of nonpublic sessions where minutes or decisions are deemed to not be subject to full public disclosure, and exemptions pertaining to attorney-client privileges, the bill establishes a committee to “review authorizing governing bodies of municipalities to hold virtual meetings and to study remote access to meetings under RSA 91-A.”

Once signed by the governor, the committee would be formed with two senators and three members of the House, who would report their findings by November 1.

“That report will be the basis for legislation the very beginning of the year,” Gordon said. “And I’m confident that there will be legislation that will provide for remote meetings because everybody wants increased public involvement; the only question is methodology with regard to how public boards and committees are going to operate.”

New Hampshire is not alone in seeing problems with the way remote meetings were going over the past year. Other state legislatures also struggled with bills aimed at extending and improving upon the temporary measures allowing remote access to meetings.

Justin Silverman, executive director of the New England First Amendment Coalition, said, “We need a permanent system requiring in-person meetings while also allowing online access for citizens who cannot be in the room. It’s a matter of access and public oversight.”

Massachusetts already has extended its temporary measures for at least another year and has several pending bills that would make the changes permanent. In the Bay State, all meetings must take place both in-person and remotely, with “adequate alternative means of public access.” However, each of the bills also provides for an exception:

Legislation filed in Connecticut would require the meetings of all public agencies to be open to the public and accessible by electronic equipment but would not require in-person meetings. One bill would have allowed simultaneous in-person and remote sessions, as long as the public could participate in each one. All of the bills were referred to study committees.

The Maine legislature took a less-aggressive approach, not requiring but allowing public bodies to create policies that would allow members of the public to attend and observe meetings by remote means or in person. The legislature had considered other bills that would have allowed public bodies to meet remotely as long as citizens had a chance to listen or participate remotely, but without guarantees of such access.

In Rhode Island, one proposed bill would create three categories of meetings: in-person, virtual, and hybrid, with different access requirements for each.

The Vermont General Assembly is considering a bill that would require a public body to broadcast all proceedings with the option of viewing online or in person, but it does not require the ability to participate remotely. A second bill would allow electronic meetings only during emergencies.