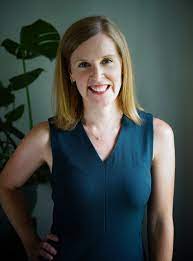 CONCORD – As families began seeing $300 monthly checks in their bank accounts for the first time Thursday for child tax credits, Democrats were thanking congressional leaders in Washington for making that happen, making clear that if Gov. Chris Sununu was serving in Washington, he would not have supported them.

State Sen. Becky Whitley, D-Hopkinton, reminded reporters Thursday at a news conference that Sununu said in February he would have been a “no” vote on the federal American Rescue Plan were he in the U.S. Senate or House.
|
This, Whitley noted, would be siding with Republican leadership in Washington rather than Granite State families.

The tax cut and monthly checks will total an average $4,380 a year. Whitley said the $3,600 a year young families will now receive have the potential to lift more than 8,000 New Hampshire children out of poverty.

“Investment in children and in families is an investment in the Granite State, short- and long-term future. We know that when we invest in and strengthen families, children flourish and our economy thrives,” Whitley said.

According to the Washington Post, it will cost $120 billion per year nationally, and besides providing $300 a month per child younger than 6, the child tax credit also provides $250 per child age 6 and older.

The call was organized by the New Hampshire Democratic Party, to shine light on what they see as a connection between Sununu’s political ambitions and his opposition to the American Rescue Plan, which is set to cut taxes for New Hampshire families and their 222,000 children who stand to benefit from the child tax credit.

Telerski, who said in her city there are some schools where more than 80 percent of the children are eligible for free and reduced lunches because of their family’s lack of income, said Sununu would deny these families the money they now have to pay for day camps, new school shoes or a backpack.

Rice Hawkins said she is hearing from so many families that are overjoyed to have that federal check now sitting in their bank account thanks to Democratic leadership in Washington.

She said U.S. Senate Majority Leader Mitch McConnell desperately wants Sununu to run for the seat now held by U.S. Rep. Maggie Hassan, D-NH, because he knows Sununu would be a “rubber stamp” for McConnell’s agenda.

Telerski said that it is “no thanks to Chris Sununu or Mitch McConnell” that families will be receiving this help which could be transformative.