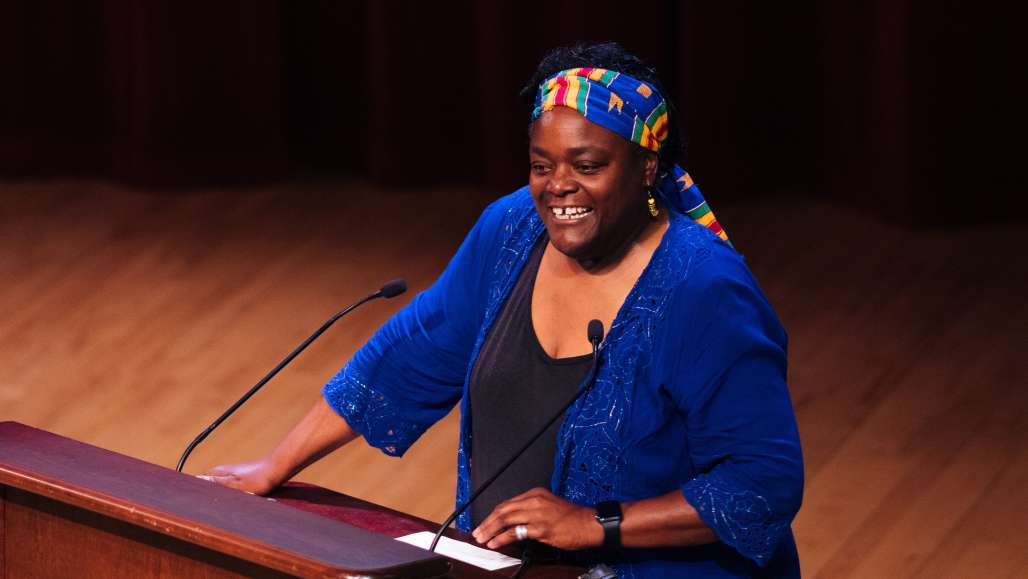 CONCORD – Ten of the 17 members of the Governor’s Council on Diversity and Inclusion resigned Tuesday because of the state budget language that included a watered-down version of the prohibition against teaching “divisive concepts” such as racism and sexism.

Dr. Dottie Morris, vice chairman of the council that was created by Gov. Chris Sununu on Dec. 14, 2017, was one of the 10 who resigned. She is also the Associate Vice President for Diversity and Inclusion at Keene State College.

Morris said she is not angry, just very sad, but proud of the work the council has accomplished to date.

“I want to make it clear that I am all on board for continuing the dialogue for the healing that needs to take place,” Morris said, adding she is unclear at this point how that will happen. Part of the problem is the confusion that occurred when legislation was rewritten and included in the budget that Sununu signed Friday with the words divisive concepts removed, she said, adding it is unclear.

The  letter to Sununu said: “On June 25, 2021 you signed into law a provision that aims to censor conversations essential to advancing equity and inclusion in our state, specifically for those within our public education systems, and all state employees. This will directly impact those who are working with some of our state’s most vulnerable populations, including educators, child welfare workers, and law enforcement.”

The letter signed by the 10 who resigned stated: “Governor, we feel obligated to inform you that—contrary to your recent public statements—systemic racism does in fact exist here in New Hampshire.”

Soon after the group released the letter Tuesday, the governor issued a statement blaming ACLU-NH politics for the division. Devon Chaffee, executive director of ACLU-NH, was one of the council members who resigned.

Sununu said the council has been going through a transition period during the pandemic and the death of the former chairman Rogers Johnson.

“It is unfortunate that the ACLU has tried to insert politics into an otherwise fruitful mission in addressing many issues of race and discrimination in our state,” Sununu said. “These politically-charged actions will not deter the council from advancing the good work they’ve accomplished and help move forward New Hampshire’s efforts around messaging, training programs and diversity in the workplace.”

Sununu said many individuals have expressed a willingness to join the council and he has already started filling the vacancies. He didn’t say who he will appoint.

Ahni Malachi, chair of the Governor’s Advisory Council on Diversity and Inclusion, and Executive Director of the New Hampshire Commission for Human Rights, said there is a lot of misinformation on the issue and she is looking forward to continuing the council’s work.

“The new language placed as a budget amendment does not place a limit on the important discussions to be had across the state, and this new language took out the phrase ‘divisive concepts’ as it worked its way through the legislative process.

“The combined efforts of many in the state will continue to move forward in understanding the statutory change while continuing to do the important work we have been called upon to do, and I will be meeting with Attorney General John Formella and the Department of Justice to discuss the development of guidance for state agencies and others that makes clear that this legislation will not prohibit necessary conversations and advocacy on issues related to diversity and inclusion,” Malachi said.

The budget version appears to prohibit teaching students or public employees that one ethnic group is inherently superior to another or that one inherently discriminates against another.

Rep. Jim Maggiore, D-North Hampton, one of the members who resigned said, “As both a member of this council and as a legislator, I could not in good conscience support language restricting the free speech of Granite Staters. The work to create a more diverse and inclusive community will continue regardless of the Governor’s politics.”

Sununu has also taken heat for including a ban on abortions after 24 weeks of pregnancy, for requiring anyone seeking an abortion to obtain an ultrasound first and criminalizing doctors who disobey the ban that also made their way into the budget.

“Granite Staters will continue to call out Governor Sununu after he quietly signed the most extreme budget New Hampshire has ever seen that bans abortions and prevents us from having important discussions about the history of our country.”